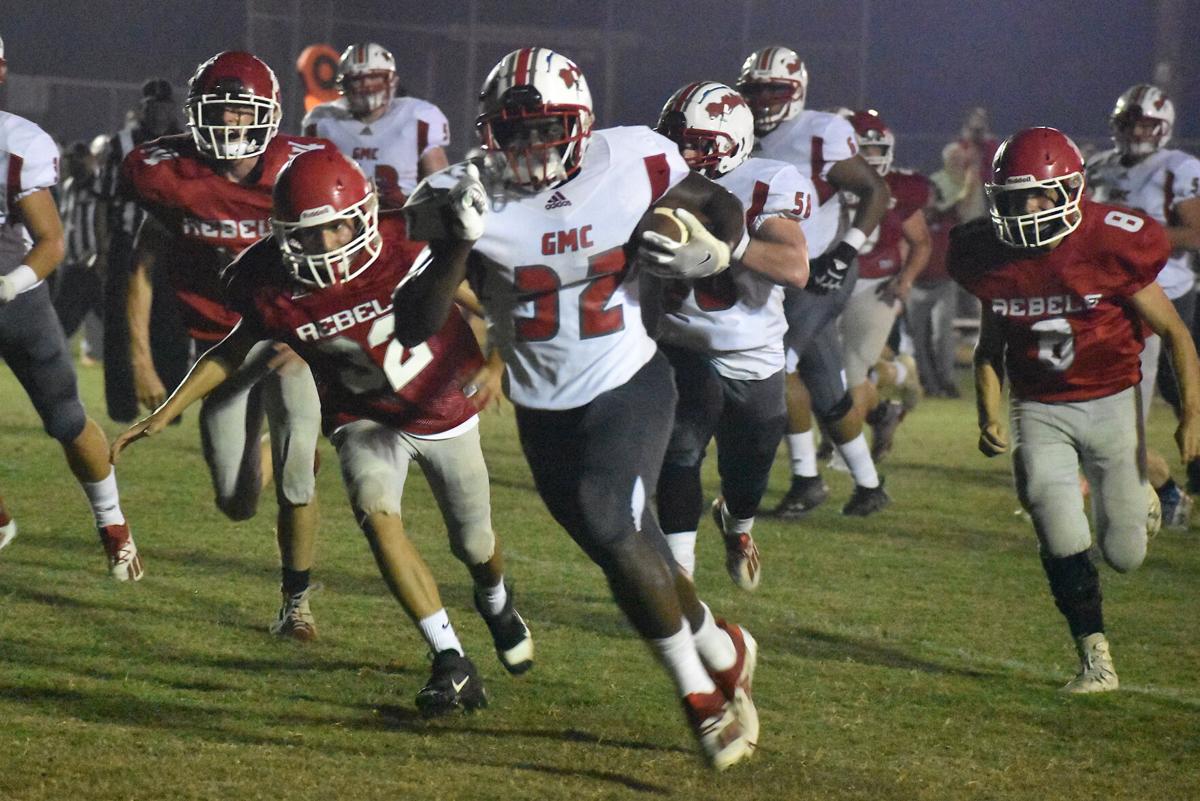 GMC junior Travion Woods (32) runs away from John Hancock defenders for a second-quarter touchdown in Thursday’s game between the Bulldogs and Rebels in Sparta. 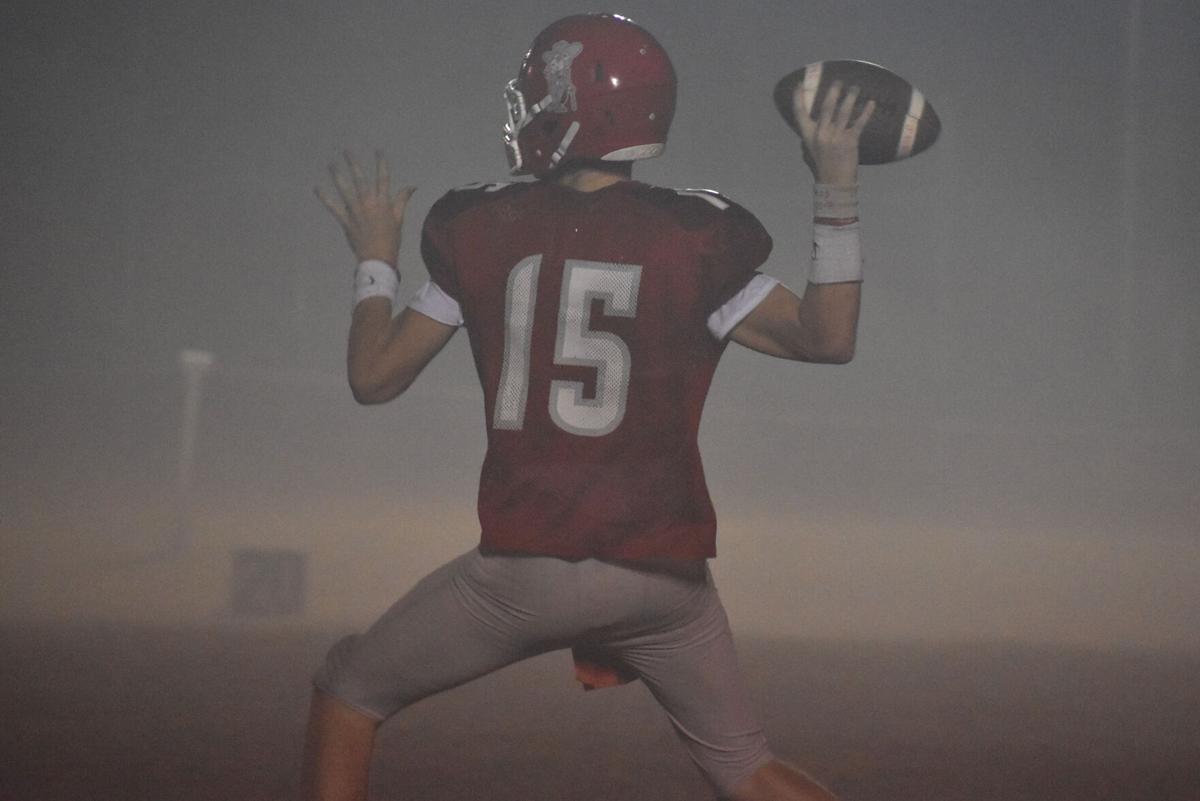 John Hancock QB Hayden Brake gets ready to let a pass fly in his team's loss to GMC Thursday.

GMC junior Travion Woods (32) runs away from John Hancock defenders for a second-quarter touchdown in Thursday’s game between the Bulldogs and Rebels in Sparta.

John Hancock QB Hayden Brake gets ready to let a pass fly in his team's loss to GMC Thursday.

SPARTA, Ga. — Convenience coupled two area teams together on the football field for the first time ever Thursday night.

GMC Prep, having lost its regularly-scheduled Friday night opponent East Laurens due to COVID issues, found a willing Thursday partner in the John Hancock Academy Rebels of Sparta who had an open date scheduled. The result was a 48-0 rout in the traveling Bulldogs’ favor, and their record now stands at 2-3 heading into region play next week.

Junior GMC running backs Yasir Saleem and Travion Woods ran roughshod over and through the Rebel defense. For Saleem, it was his second big output in a row as he hit paydirt three times in the victory. Woods, who normally lines up at tight end and still did plenty Thursday, saw his first action at running back where he helped the Bulldog offense not miss a step when Saleem needed a breather. Woods totaled two touchdowns on the night thanks to a couple of very physical runs. Neither junior dazzles with his speed, but they both run hard and force defenders to take a personal inventory before attempting a tackle.

“Those two running backs are pretty impressive,” GMC Prep head coach Lee Coleman said after the game. “We’ve got to figure out how to keep blocking for those guys because they can win us some ballgames.”

Asked about Woods’ part-time move to the backfield, Coleman replied, “As soon as No. 22 (Saleem) came out when we played Hancock Central, we kept losing yards. That was killing our momentum. Woods is my best athlete out there right now, so I thought, ‘Why not put the ball in his hands?’”

Coach Coleman wasn’t the only one impressed by the effort of his new running back duo.

“They were tough,” John Hancock head coach Ricky Worsham said when asked about the tandem. “We had a hard time bringing them down. We gave them some good shots, especially early, but they do a good job of getting their knees up high and running behind their pads.”

The Rebels, who dressed out only 14 players for Thursday’s game, had difficulty driving the football consistently on offense to put up any sort of answer. They made a little headway at times, but eventually wound up getting in their own way with turnovers or costly penalties. One of the more promising efforts came after GMC had gone up 21-0 late in the first. John Hancock’s Cade Wells picked up some nice yardage on the ensuing kickoff return to get his offense started on the Bulldog 45. A holding penalty and a big sack pushed the Rebels backward though, forcing a punt that wound up getting blocked by GMC senior Calvin Waldroup. The visiting Bulldogs capitalized shortly after on Saleem’s third TD run to go up 28-0, an advantage that would stand well past halftime.

“They had us in size, strength and quickness, which are the bare necessities of playing football,” Worsham said. “I wanted our kids to respond to that and give a lot better effort, but we were outmatched. We’re a small school and stepped up to help them out, but we knew what we were going into.”

As for Coleman, well, coaches can always find things for their teams to improve on, even after a 48-0 victory.

“I think we’ve still got to play harder,” he said. “Defensively, we’re still not lined up like I want us to be, but we made up for it tonight by flying around. I was looking for the little things tonight, but we’re not there yet. The intensity level was flat.”

Both the Bulldogs and the Rebels are heading into region play next week. GMC Prep is scheduled to host Wilkinson County in another Thursday matchup, this time due to a referee shortage. John Hancock, meanwhile, will be back on its home field to face Rock Springs Christian Academy Friday. That game will serve as the Rebels’ 2020 homecoming.