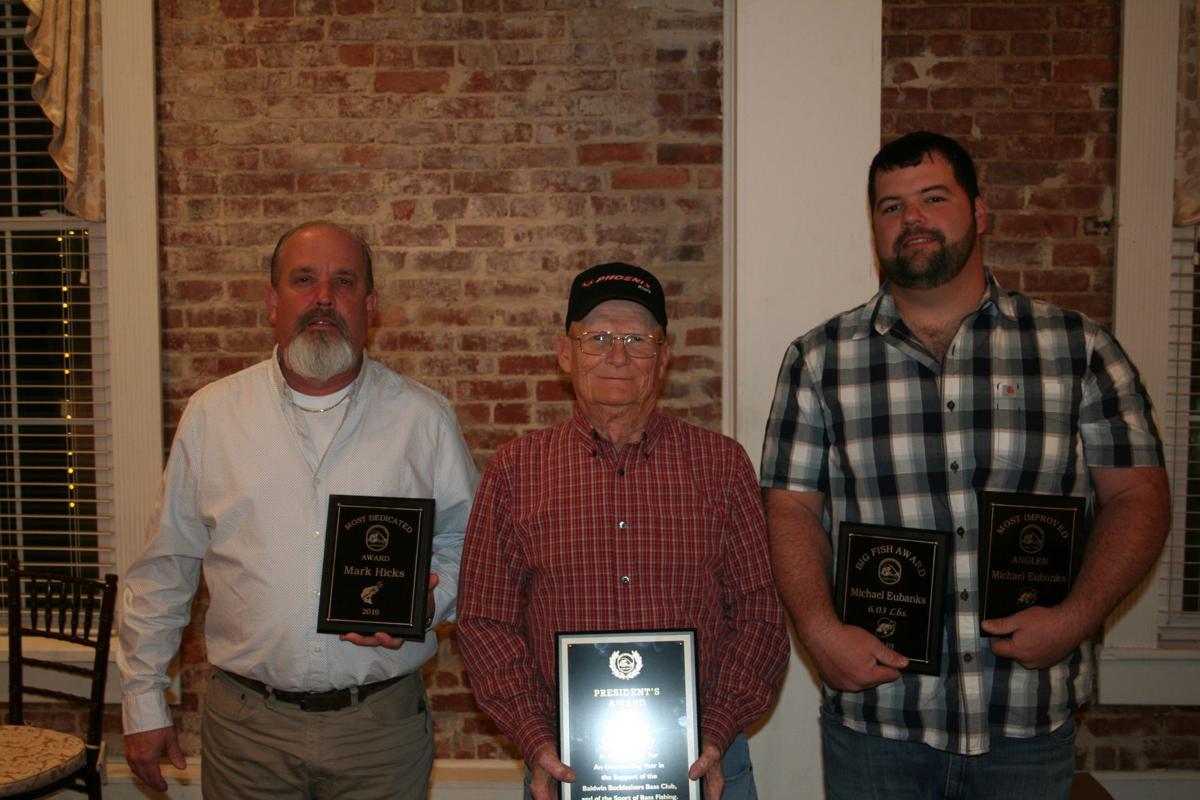 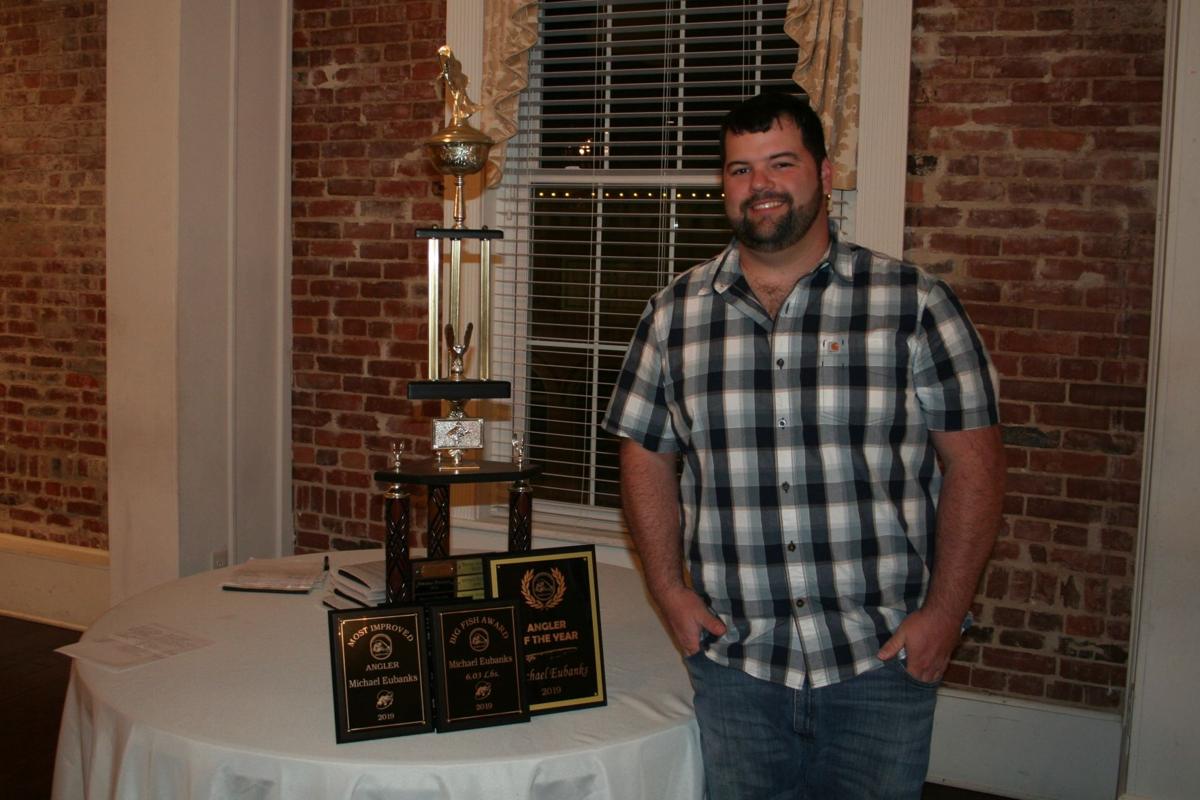 Michael Eubanks was recognized as the 2019 Angler of the Year in the Baldwin Backlashers Bass Club.

Michael Eubanks was recognized as the 2019 Angler of the Year in the Baldwin Backlashers Bass Club.

The Baldwin Backlashers bass club held its annual banquet Jan. 10 to award anglers in the club for their angling accomplishments during the previous year. Few angling clubs exist in the area, so this club draws anglers from around middle Georgia.

Anglers and their wives gathered in Sandersville for their banquet, and they always issue an invite to me for that annual affair. I had just cleaned and waxed my car the day before and without thinking drove the car to Sandersville instead of my truck.

As I drove to Sandersville from Lake Sinclair in Putnam County, I never gave thought to the chalk mines that dot the area around Sandersville. After arriving home that night after the banquet at a late hour, I paid little attention to the car but the next day in sunlight, my red car was bright white from one end to the other from chalk dust.

Also, my GPS lady has not yet figured out there is a Fall Line Freeway so on a dark drizzly night I still managed to find my way over to Sandersville without her help. I have an option on my GPS for a British lady to give verbal directions, so maybe I will try her next time I go to Sandersville.

I have covered the Baldwin Backlashers over the years and they are a close-knit and very competitive club. Looking back at my records, I do not think a club angler has repeated as the top angler in the club for at least the last five years. That was again true this year.

The club holds tournaments all around the state of Georgia including Lake Sinclair and Lake Oconee and catch weights are accumulated for the year to determine the top angler for the year. This year the youngster in the club, Michael Eubanks, outdistanced the other “much” older anglers by a wide margin.

Eubanks caught 109.40 pounds to take the top angler award, which is the Angler of the Year trophy. The top six anglers by points in the club were also recognized and will compete in the Top Six tournament against bass clubs all across Georgia at the 2020 FLW Georgia Bass Federation State Championship at Lake Eufaula on March 21-22.

Other trophies were given for Most Dedicated (Mark Hicks); Backlasher of the Year (Bob Clark); and President’s Award (Steve Clay). The Big Fish Trophy also went to Michael Eubanks for a 6.03-pound largemouth bass caught during one of the tournaments.

Michael also was awarded the Most Improved trophy. He finished a close second last year in the club, so I guess if you finish second one year and win it all the next year, you are the most improved angler. After the conclusion of the banquet, Michael needed some help carrying all those awards to his car.

During my return home after the banquet, I forgot I still had my GPS on and the first thing the GPS lady said was “make a U-turn.” I have got to get rid of her.

I have known for some time that Lake Sinclair was infested with muskrats. I have seen my share of damage to my seawall and knew that others were having the same problem. This past week I received an email from a lake resident at Lake Oconee describing the extreme level of muskrat problems at Lake Oconee.

Due to the number of floating docks at Lake Oconee, those pesky muskrats are able to cause even more problems there as the email indicated. I plan to address the muskrat problem at both lakes in the coming few weeks.

I will attempt to discuss the problems caused by muskrats, provide information from agencies like Georgia Power, the Georgia Wildlife Resources Division, and from lake residents on both lakes. In addition to providing that information, I will address what lake residents can do in attempting to control the muskrat population. That will include trapping options and other means of control.

If you would like to provide information to me about your thoughts on this subject please send me an email to brpeoples995@gmail.com.