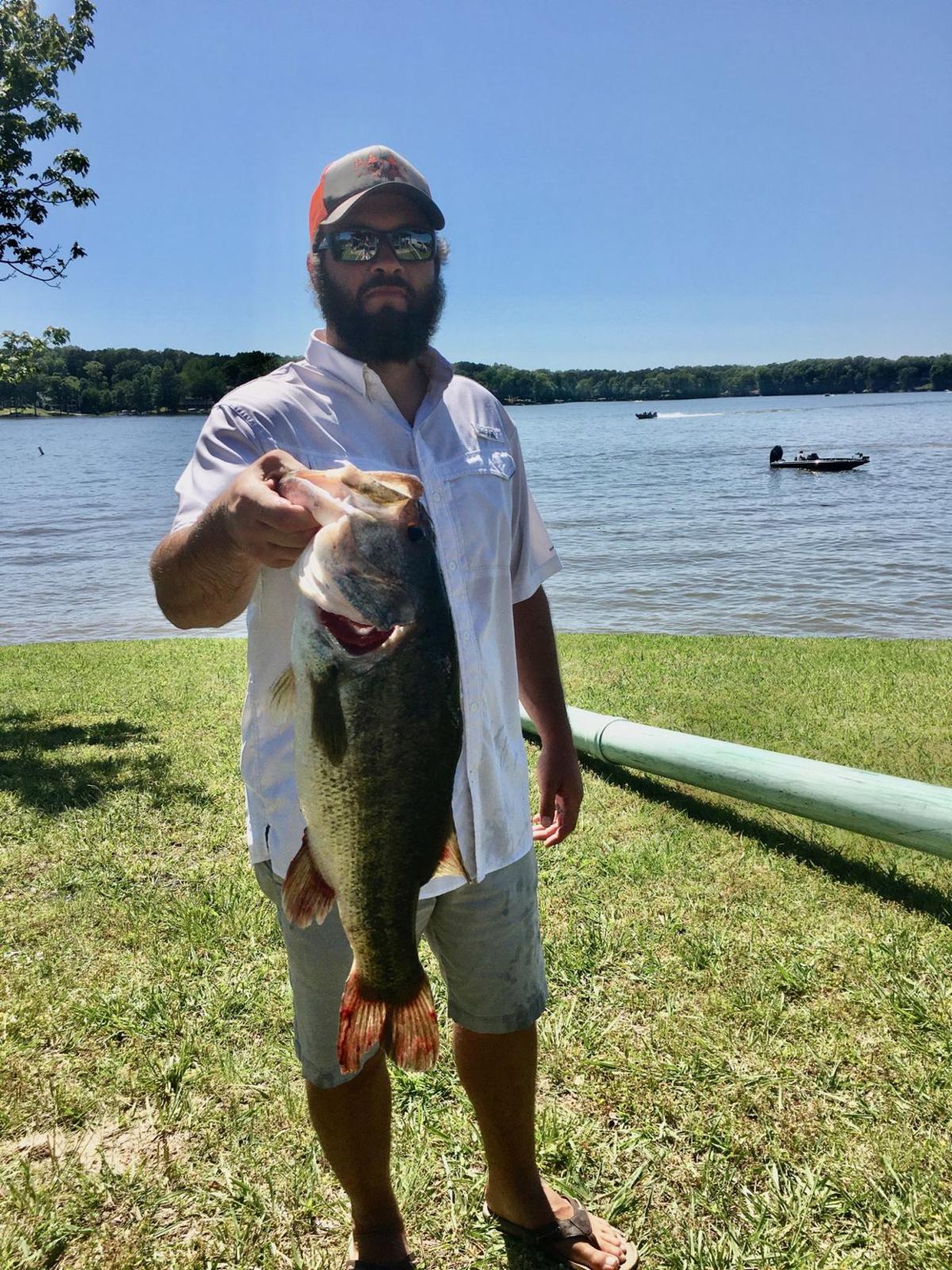 Hawk Cochran caught this 6.64 pound largemouth bass to take big fish honors at the Berry's Trail tournament at Lake Oconee on May 2. 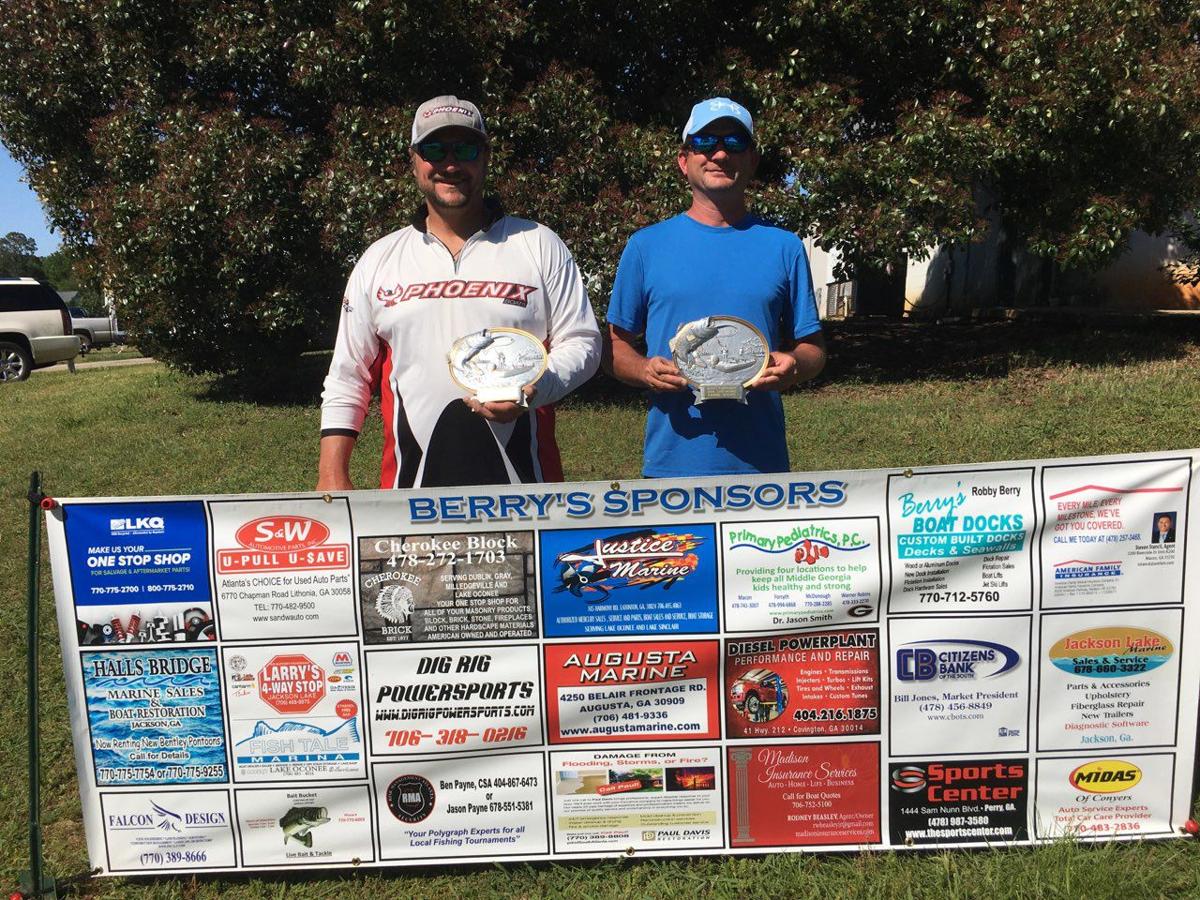 From left: Brad Stalnaker and Donnie Huth took first place at the Berry's Trail tournament at Lake Oconee on May 2.

Hawk Cochran caught this 6.64 pound largemouth bass to take big fish honors at the Berry's Trail tournament at Lake Oconee on May 2.

From left: Brad Stalnaker and Donnie Huth took first place at the Berry's Trail tournament at Lake Oconee on May 2.

Once again, the tournament was conducted under strict COVID-19 rules that enforced distance requirements. After this tournament, the only competition left is a season-ending two-day classic that will be held on May 16 at Lake Oconee and on May 17 at Lake Sinclair with the winning team taking home $5,000.

Winning the May 2 tournament was Brad Stalnaker from Eatonton and Donnie Huth from Milledgeville with 23.40 pounds. They took home $3,330 and caught their fish on spinnerbaits. Finishing in third place were Travis and Branden Snider from Locust Grove and they took home $1,040.The pair of anglers used jerk baits to catch their five-fish limit.

A member of the seventh-place team on May 2, Hawk Cochran from Senoia caught the big bass weighing 6.64 pounds and won the big bass pot of $1,080.

Overall, 107 two-man teams competed and caught 717 pounds of largemouth bass. Once again, just like the April 25 tournament, the top-12 teams in the tournament all caught over 14 pounds and the finish was very close with three teams catching over 18 pounds.

Once again, due to the COVID-19 virus, many of the results were not compiled but a few more photos were allowed and overall, it was an excellent tournament. Again, tournament director Bobby Berry and family did an outstanding job enforcing the special COVID-19 rules during the tournament.

Due to the COVID-19 virus, everything that we have always taken for granted is now extremely difficult. My wife Wanda and I were able to connect to some of our children, grandchildren and great-grandchildren using Skype this past week and it was good to see and talk to them. I sure wanted a hug.

I have been fishing ponds during these difficult times and figured I could not receive or give the virus to those hand-sized bream. It has been good to be out on the pond when the sun rose and the fish began biting. In addition to fishing, my wife and I have been planting flowers and beautifying our yard. My “honey-do” list just keeps growing due to the COVID-19.

I had much rather be fishing than planting flowers but both do occupy time and both have taken my mind off all the problems that the COVID-19 virus is causing. I will be glad when the idle time we are experiencing is over and I am sure you might feel the same.

Outdoors columnist Bobby Peoples can be reached at brpeoples995@gmail.com.