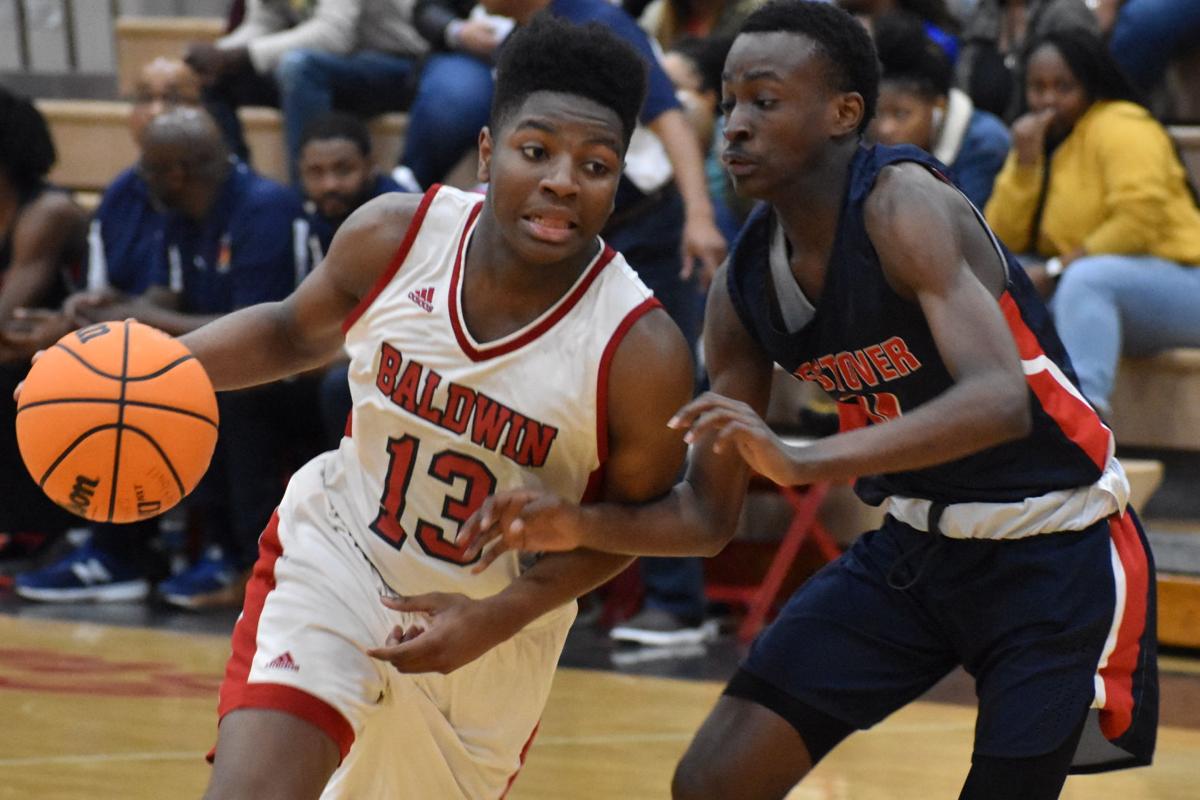 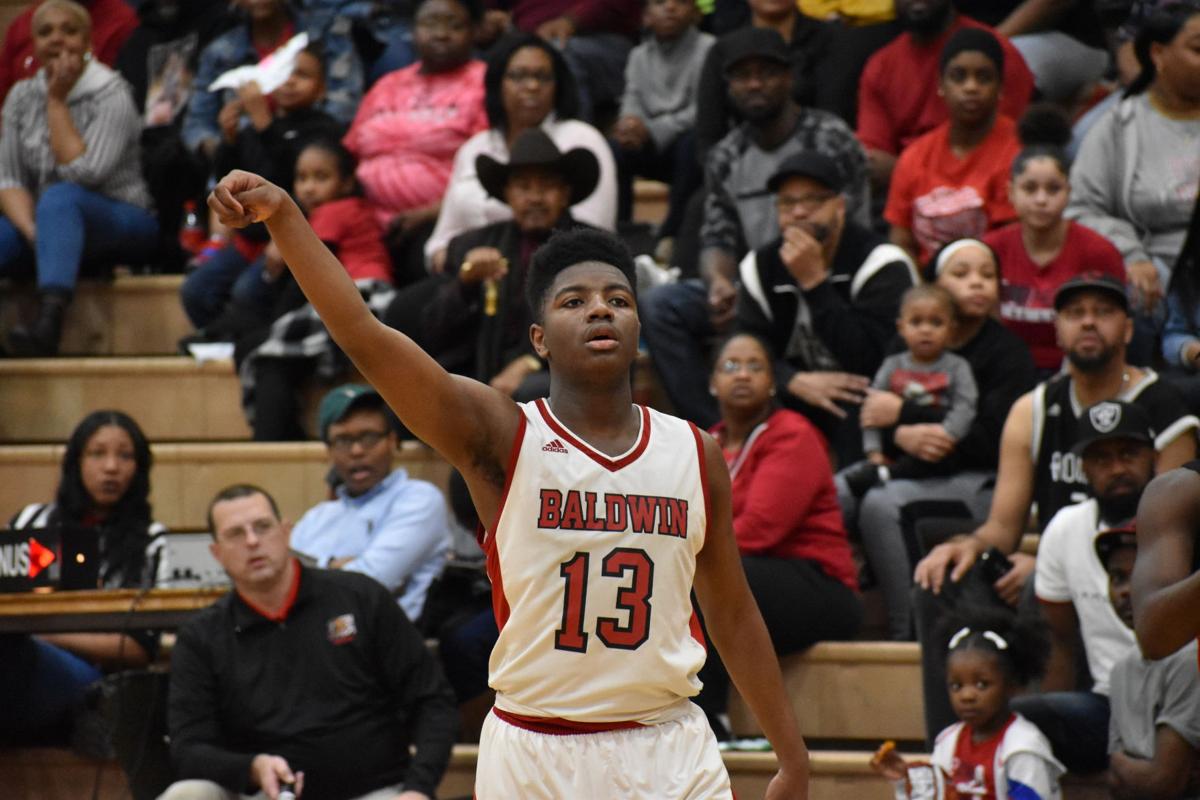 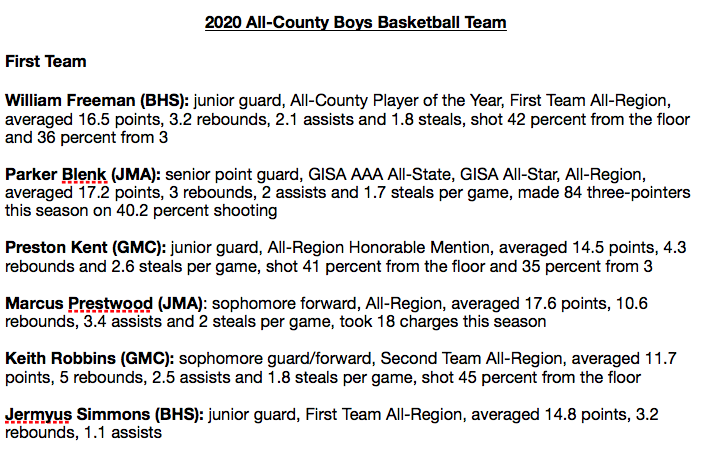 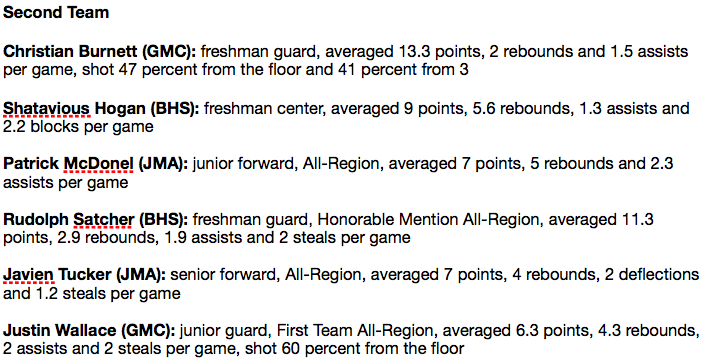 The Baldwin Braves had a little rebuilding to do on the basketball court once the Class of 2019 graduated.

Not only did some very talented athletes leave with that class, but the program also had a new head coach in place after a successful four-year run under the previous regime. Some questions needed answering if the Baldwin boys were going to continue regularly competing for region championships and making a little noise in the state playoffs. Chief among those questions was who was going to lead the team in scoring when a 1,000-point scorer was among the talent lost to 2019 graduation.

The answer was junior William Freeman. After playing a very limited role as a freshman the year BHS went to the state semifinals, Freeman’s impact increased his sophomore season when he averaged 12 points a night. Heading into his junior campaign for the 2019-20 slate, he had one thing on his mind.

“I just wanted to be better than I was last year,” Freeman said.

And better he was. He went from putting up 12 points a game to averaging 16.5, which helped the Braves finish with a winning record for a fourth straight year. His play was also enough to earn him First Team All-Region 3-4A honors as well as the title of Union-Recorder All-County Boys Basketball Player of the Year for 2020.

“He was our go-to guy,” Baldwin head boys basketball coach Anthony Webb said. “If we needed a basket, we were definitely looking to Will to come up with that basket. We had a lot of confidence in him to come through for us. Whenever we needed a big shot, it was an easy decision as to who was going to take it.”

This past season marked Webb’s first as head of the BHS boys program, and he says having Freeman ready to take the scoring torch helped him transition into his new role.

“It meant a lot to me because a lot of the guys looked up to him,” said Webb. “Having him made my job a lot easier. When I first came in, I had seen Will play in the past and knew he was a special kid. He didn’t disappoint me at all in my first year. He’s always been a competitor. I saw how well he could shoot, make good decisions and handle the ball. He showed a lot of maturity, and he wasn’t afraid to take the big shot.”

Coach Webb and Freeman weren’t the only ones taking on new roles when the 2019-20 Braves first stepped out onto the hardcourt. Outside of Freeman and his classmate Jermyus Simmons, few guys on the roster had playing varsity experience. The program welcomed in a class of very talented freshmen who enjoyed a ton of success playing youth basketball together, but now they were looking to make their mark at the high school level.

“We were a little young, but I thought all the freshmen were very prepared because they’ve worked so hard,” said Freeman. “I remember watching them when they were little. I think they’ll be even more ready this year now that they have all that experience. I’ve got a feeling that they’ll be that team to win state by their 11th or 12th grade year.”

Freeman and the young Braves played their way to a 14-10 overall record this past season, including a second-place finish in region and a trip into the second round of the state tournament. During the regular season they split with eventual 4A state runner-up Cross Creek, playing two close contests before dropping the region championship to the Razorbacks.

Individually, Freeman hit double digits in scoring every single night except one despite being a known commodity.

“When teams see a player of his caliber, they do a lot of things to limit that guy,” Webb said. “What was remarkable was that he was still able to average over 16 a game even when teams were throwing different defenses at him.”

Yes, that included the dreaded box-and-one, a defensive scheme that is both the ultimate compliment and the ultimate annoyance to scorers of Freeman’s ability. The way it works is four guys on defense play zone while the fifth is assigned to the opponent’s biggest scoring threat, following him everywhere he goes on the court to deny him the basketball. Still, night in and night out, Freeman got his points. On the off chance that he was held up, his head coach says that even just his presence on the floor made an impact on how opponents defended the Braves.

Freeman’s love of basketball started at a very young age. He remembers dribbling a Spongebob Squarepants ball around his house and playing with his grandmother, the one he would run to when he’d get in trouble with his mother. Freeman’s grandmother passed away a little over seven years ago now, and to say that he misses her would be an understatement.

“I wish she could be here to see all I've accomplished,” said Freeman. “My grandma meant everything to me.”

Well, almost everything. There’s also his chief supporter and motivator, his mother. Part alarm clock, part coach, and full of love, Freeman’s mother is the one who gets him up in the morning with an important message.

“She tells me I need to get up and work while all these other people are sleeping,” he said. “That drives me to get up every day and work out.”

That means running around Milledgeville’s Bonner Park, doing push-ups, sit-ups and other workouts designed to get his game even more above the rim than it already is. He has one dunk in his travel ball career, but is still looking for that first opportunity while wearing a Baldwin Braves jersey. (“Not yet. It’s coming though,” he says.) What has basically become an extended summer due to the COVID-19 pandemic creates even more time to get better before his senior campaign, and he’s not the only one who has high expectations for his final high school season.

“I'm looking for him to have an even better season,” Coach Webb said in looking ahead to the 2020-21 year. “We had a young team last year, but that season’s over with so pretty much no one is young anymore. We’re looking for these guys to keep growing and hopefully lead us to the state championship.”

Besides a state championship, Freeman has another big dream to accomplish in his final year of high school — earn a college scholarship to continue playing basketball. A Division I offer is the main goal, he says, but any college willing to take care of his education will do.

“I’ll continue to stay humble and let nature take its course. Hopefully a college will come down and look at me one day.”