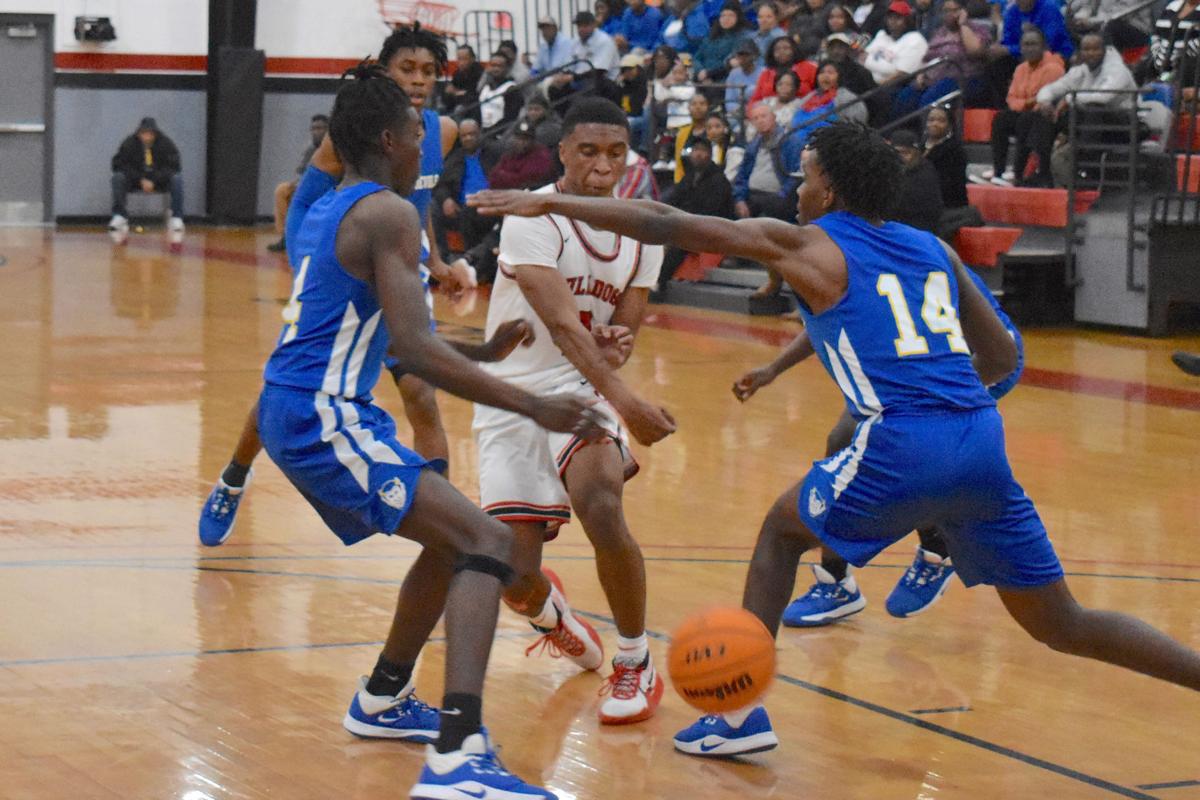 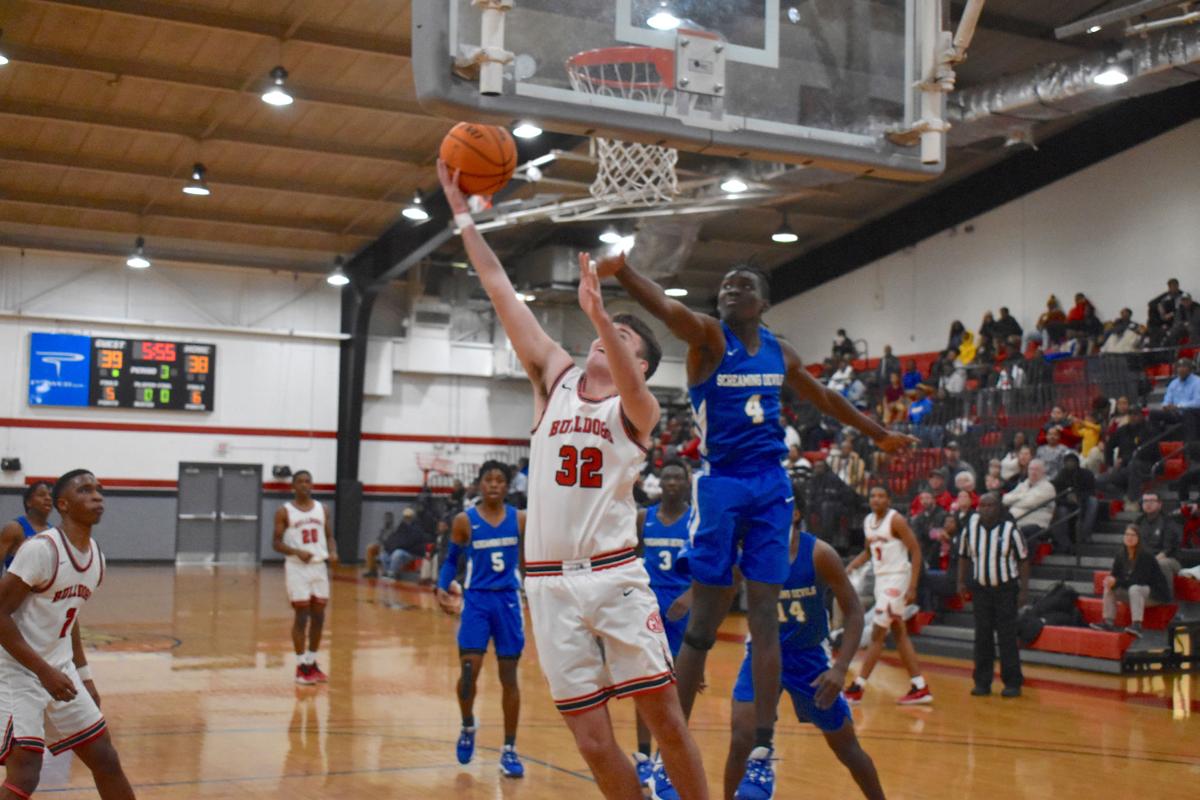 The Tuesday boys game between GMC Prep and visiting Warren County was a bit like riding a rollercoaster.

The host Bulldogs (12-4 overall, 8-3 region) were up comfortably early on, but the athleticism of the Screaming Devils’ (14-2 overall, 8-2 region) brought them back to make it a ballgame once again after three quarters. The GMC Prep boys re-found their footing though and closed the door on their Region 7-A opponent in the fourth quarter to get the 58-46 victory. The Bulldogs have lost multiple fourth-quarter leads this season, but kept their composure in front of the Cordell Events Center crowd, possibly sparking a positive change for the largely inexperienced team with the postseason looming.

The Bulldogs were without leading scorer Preston Kent who was out due to illness. Filling his role was a team effort as four players stepped up with nine points or more on the night. Freshman perimeter shooter Christian Burnett led the way with 15 points, nine of which came from beyond the arc. Sophomore Keith Robbins had 11 points and seven rebounds while Justin Wallace, the team’s only returning full-time starter from last year, finished with 10 points and three assists.

The winning formula was simple early on as the drive-and-dish game was working to perfection in the first quarter. Once the Devils of Warrenton shored that up, Lunsford’s Bulldogs were getting good looks from the outside as Burnett and Robbins each hit treys to help their team earn a 14-5 lead heading into the second quarter. Warren won the second 10-9, but that meant the visitors were still down eight once the second half began. That’s when the Screaming Devils stepped up their game. Their defensive pressure began to wear on the Bulldogs in the second quarter and really took its toll in the third. Looking in serious need of a floor general, GMC committed three turnovers to close out the period. That led to six quick points for Warren and brought the game tally to 34-32 with the home team narrowly hanging on to the lead.

“We didn’t handle the pressure well. I’m frustrated because we’re not learning. We’re making the same mistakes over and over. We were just fortunate tonight. We should have beaten them down there,” Lunsford said referencing this season’s first meeting at Warren. “All we had to do was handle the pressure, but some of our bench guys came out and did a good job. This is a young group that’s trying hard, so they’re going to have up-and-down nights. We’re just glad to win that game because it was a big game for us.”

Despite losing the lead on a few occasions, the Bulldogs eventually got back to playing their brand of basketball. Two more Burnett shots from deep put GMC Prep on top for good, and a 6-of-6 performance from the line in the fourth helped seal the deal.

Since it’s so large, GMC Prep’s region is divided into two sub-regions. The top four teams from each sub-region advance to the region tournament and it’s looking like the Bulldogs will make the cut. They currently stand in third on their side of the region behind Hancock Central and Warren County with four games (three of them in region) to play. Beyond that, the GMC Prep boys are 18th in the latest GHSA Class A-Public power rankings, which is good news considering that the top 24 teams earn a spot in the state playoffs.

The Bulldogs will travel for a non-region game at Calhoun County Friday before making the much shorter trip to Lake Oconee Academy in Greensboro Saturday. GMC Prep boys basketball will close out the 2019-20 regular season on its home floor Feb. 1 versus Aquinas.