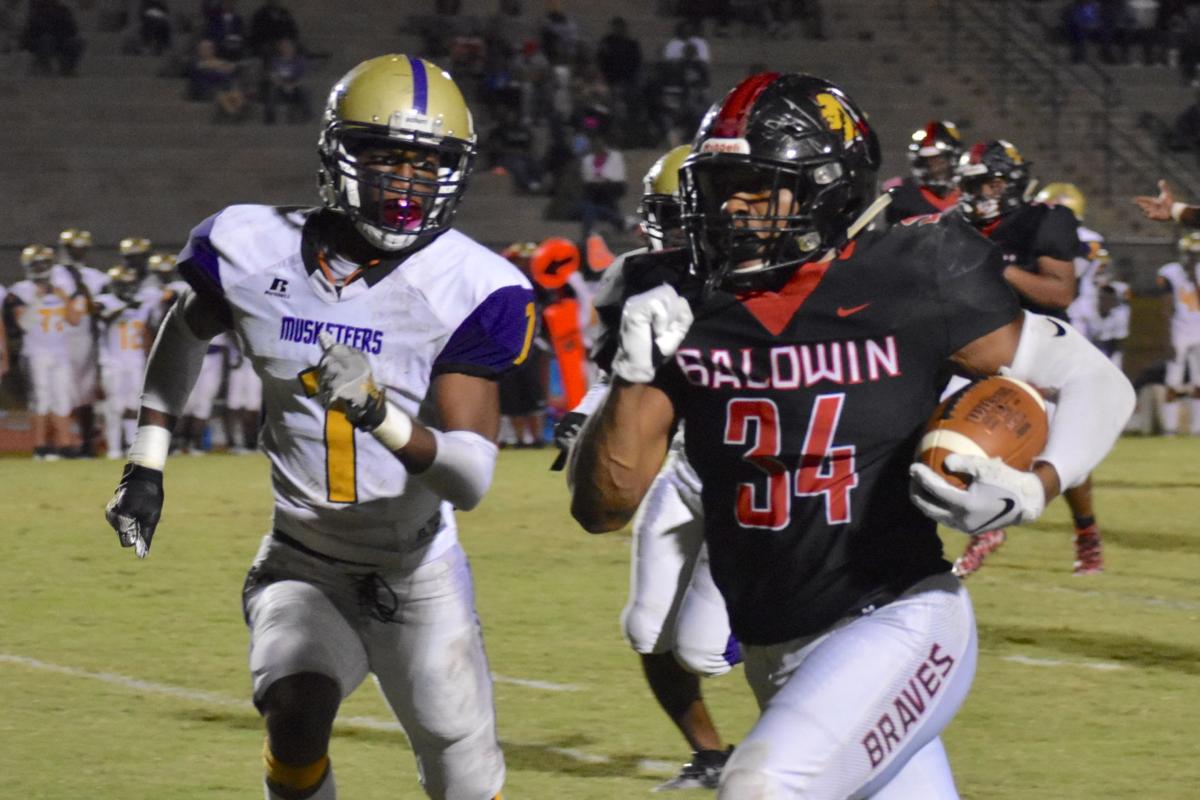 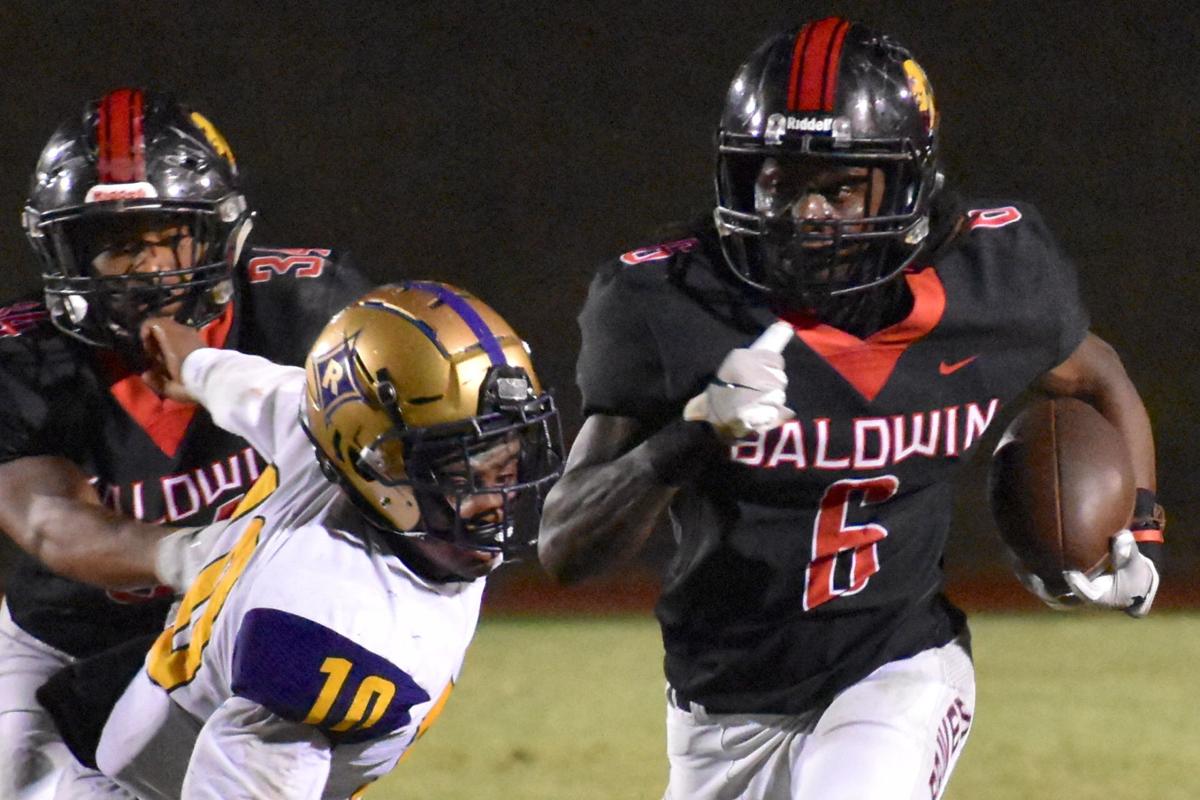 A tale of two halves played out Friday night when the Baldwin Braves (2-5 overall, 1-0 region) took on the Academy of Richmond County Musketeers (3-3 overall, 0-1 region), and it was the second half that decided the ballgame.

Baldwin scored five times in the final two quarters on its way to the 35-20 win.

The Braves put a sloppy first half of football on film while the Musketeers were clicking. Luckily for Baldwin, ARC only took a 13-0 lead into halftime, and that’s when BHS head coach Jesse Hicks really challenged his football team. He had them kneel on the home sideline — not in the locker room — in front of the Baldwin faithful for all to see.

His message was this: “I asked them what they thought adversity was,” Hicks told The Union-Recorder after the game. “They sat there looking at me with blank faces. I told them adversity introduces a man to himself, so who are you right now. Last year this was the time that we turned our season around. We were in the same position down 14 points, so now we’ve got to make a decision on if we want to be region champs, or are we going to let these people come in our house and dictate what happens. Our coaches did a great job figuring things out, and we ran the football with I think the two best backs in the state.”

Hicks is referring to his senior running backs Zaahir Salahuddin and Noah Hill who, with the help of their offensive line, really turned the football game around after halftime. The dynamic duo is often referred to as “Smash” and “Dash,” names that fit their different running styles. Smash (Salahuddin) got the party started with two rushing touchdowns in the third quarter that went for 42 and 30 yards, the second of which put the Braves up 14-13 late in the period. Dash (Hill) eluded and outran multiple ARC defenders on his way to a 42-yard scoring rush of his own with a little over a minute to play in the third, extending Baldwin’s lead to 21-13.

The Baldwin offense was fairly balanced in the first half, but the results the team wanted just weren’t there in the passing game. A commitment to running the football in the second half really turned things around for the defending Region 3-4A champs.

“When you’re not throwing it well you’ve got to go back to your bread and butter,” Coach Hicks said.

The Baldwin offense feasted on that meal of bread and butter all throughout the game’s final two quarters. The Braves went on to outscore the Musketeers 35-7 in that timeframe to come back and take the victory.

BHS really picked things up on defense in the second half as well. Players were flying around to the football doling out hard licks to ARC ballcarriers. The visitors from Richmond County had a shot to come back and tie the game as they cut the lead down to 28-20 with just under six minutes to play, but those hopes were ended when Baldwin defensive back Jordan Driskell picked off a pass to hand the football back over to his offense. The late-game interception set Salahuddin up for his third rushing touchdown of the evening, adding on to what was already a great rushing performance.

The Baldwin head coach still needs to see a complete four-quarter performance from his team if it’s going to be crowned back-to-back region champs.

“What this game says to me is that we can’t go out on the field and take things for granted,” said Hicks. “We know we can finish games, but we’ve got to go ahead and start ‘em. You can’t start out like that when you get into region play. You’re the region champion. Everyone’s going to bring their best game against you.”

The Braves will be back on their home field again next week to take on another region opponent in the Thomson Bulldogs. Thomson is 2-4 this season and next week’s matchup against Baldwin will be its first region game of 2019. The Bulldogs were off Friday night after having lost to Lee County 55-13 the week prior.