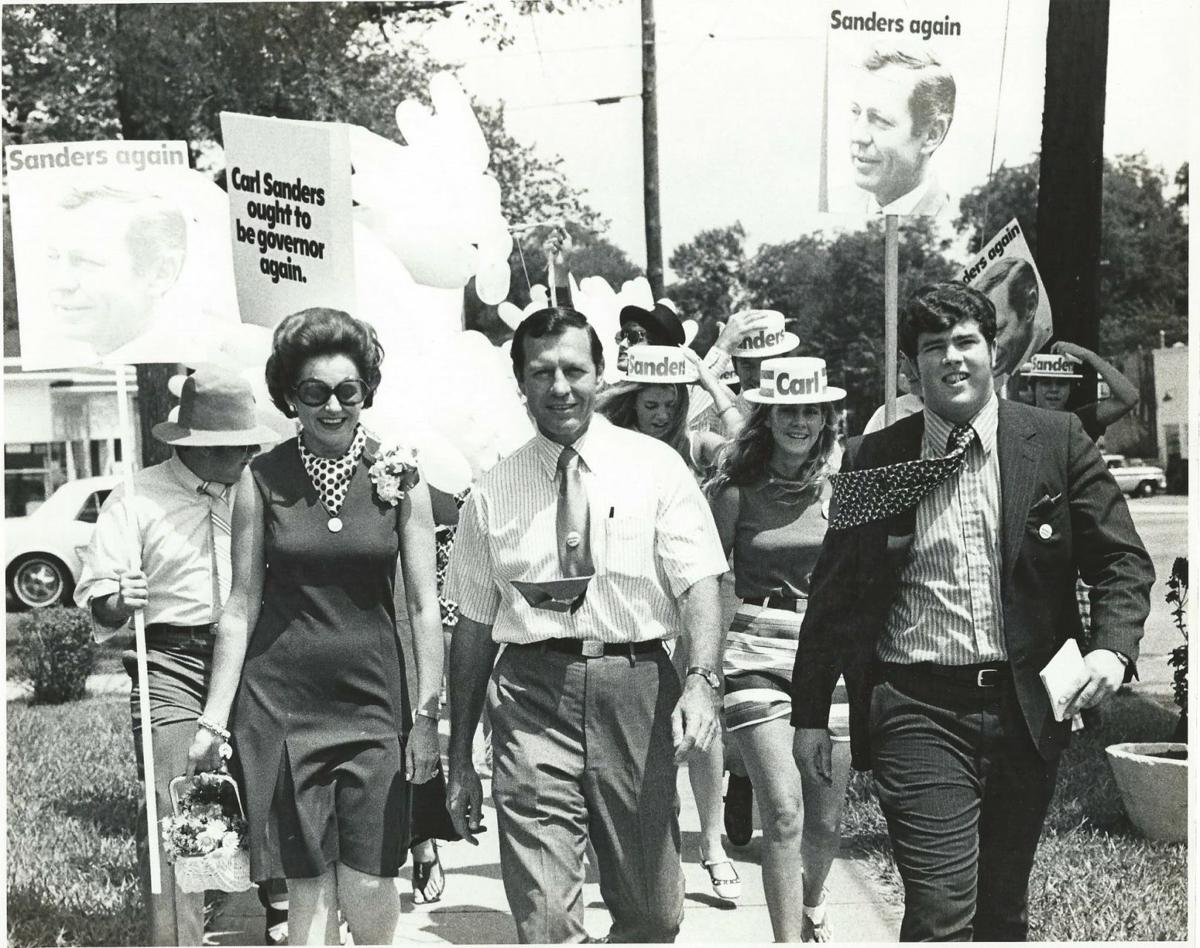 Charles Middlebrooks, right, leads Georgia Gov. and Mrs. Carl Sanders in a parade in Milledgeville in 1970. 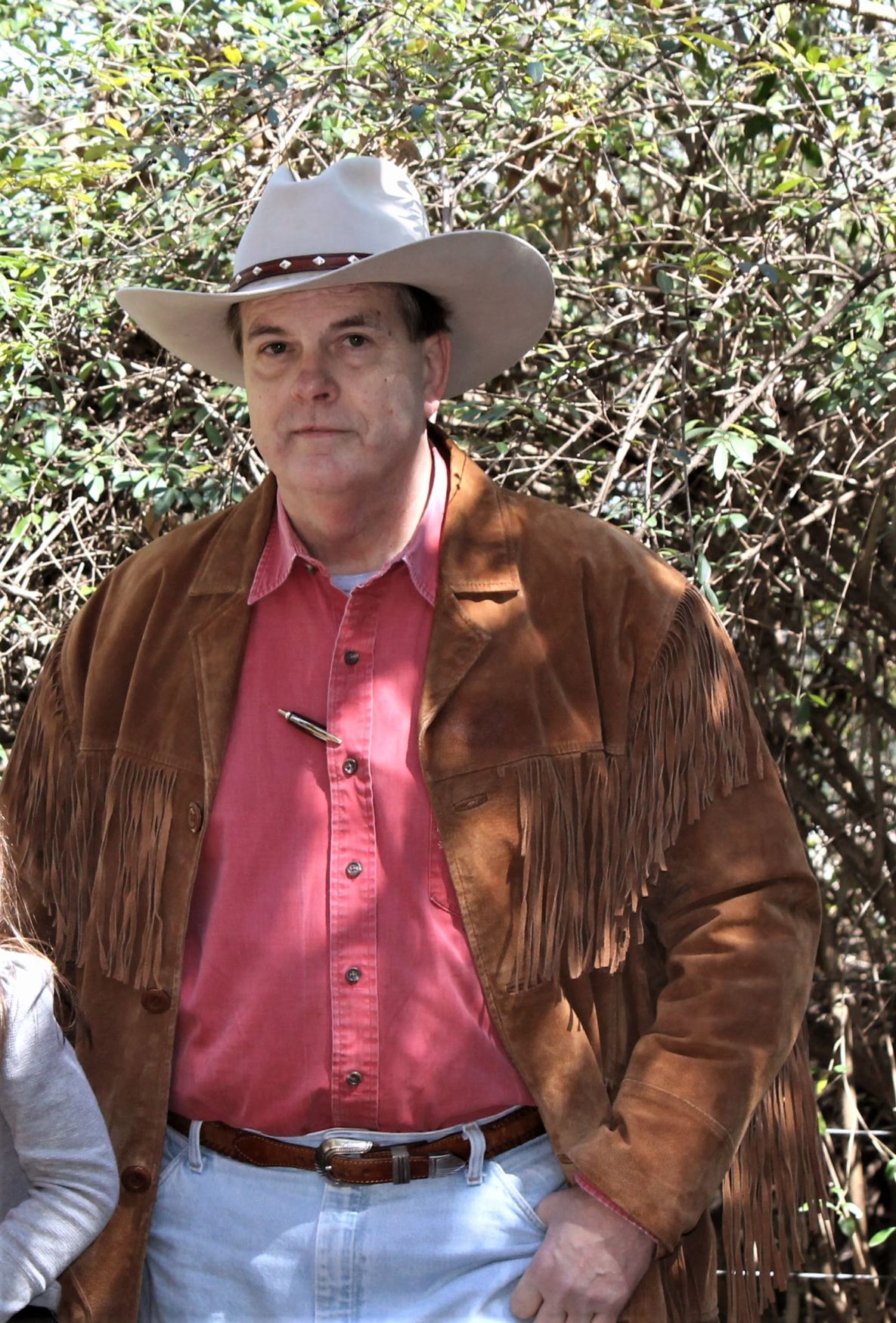 Charles Middlebrooks, who was a 1970 Baldwin High graduate, has lived in Texas for over 30 years.
1 of 2

Charles Middlebrooks, right, leads Georgia Gov. and Mrs. Carl Sanders in a parade in Milledgeville in 1970.

Charles Middlebrooks, who was a 1970 Baldwin High graduate, has lived in Texas for over 30 years.

Raise your hand if you did not date Charles Middlebrooks in high school.

It's easier to count that way.

Let's see. There were Nancy, Gail, Linda, Debbie and Janet; and, oh yeah, Edith, Lynne and Lisa. Later on were Connie, Susan, and, of course, Mary Ann, his wife of 47 years in June.

You want to see the walking definition of Big Man on Campus? Charles was it in his senior year at Baldwin in 1970. Class president. Football player. Spirit Club. President's Council. Allied Medical. FCA. Key Club.

BMOC? That's not the way Charles perceived it, he says now.

"Mike Wood, Marvin Burgamy, Jim Harper, they were always getting selected as favorites or class officers," he said. "I didn't really get elected to stuff until my senior year."

Like in the movie, the sportos, motorheads, geeks and dweebies, they thought Charles was a righteous dude.

Gregarious to a fault, Charles was the life of the party.

"Life moves pretty fast," Ferris Bueller said of his day off. "If you don't stop and look around once in a while, you could miss it."

Charles knows how to stop and look around.

He remembers details of experiences at Baldwin like they happened yesterday.

Like the prom in 1969. The Hawaiian theme, how Baxter Whitaker figured out how to build a volcano at one end of the gym and a waterfall at the other end.

Or playing football. Always getting sick on the first day of practice. Bull-in-the-ring as punishment for players who were caught staying out too late at the fair.

Football preseason camp in North Carolina, when as a freshman he was scared of potential hazing from the upperclassmen. He didn't get it as bad as some, but he still got tossed in a lake that was fed by frigid water from a mountain stream.

Studying spelling and vocabulary with Debbie Bloodworth every Thursday night in preparation for a test in Mr. Farabee's class the next day.

Getting together at Sarah Holsenbeck's house one night a week during football season to make posters and signs for that week's game so his class could win the spirit jug. Emily Butts, Linda Hitz, Jan Williams and others were there to help, too.

The Allied Medical conference at Rock Eagle; the Key Club convention in Augusta.

"I feel an extreme loyalty to so many classmates who helped me," Charles said.

He rubbed elbows with local, state and national political powers at an early age.

It all started with a phone call from Milledgeville attorney Lee Dickens, the father of Gordon Dickens, one of Charles' classmates at Baldwin. Charles had shared his political aspirations with Gordon.

Mr. Dickens asked Charles if he was interested in helping with Carl Sanders' campaign for a second term as governor. (Georgia governors were unable to run in consecutive terms back then.)

"From mother and daddy's viewpoint, Sanders had been a good governor," Charles said. "I thought he would be a shoo-in."

Charles helped organize several youth-type rallies for Sanders in Milledgeville, including a parade.

The only problem was, Charles picked the wrong horse to back. Sanders lost in the Democratic primary to Jimmy Carter, who was elected governor.

"That was the beginning," Charles said. "After we got beat, I wanted to find out how it happened."

That led Charles to Joe Andrews, a Milledgeville insurance agent and politico who backed Carter, and the start of a long friendship.

"Just to be around him and to gain some of his knowledge, I'd go over and help Joe pull weeds in his yard and we'd eat hot dogs for lunch," Charles said. "Joe would travel around the state, campaigning for various people, or doing things for Carter, and I'd get to go."

Andrews, who became friends with Pres. Franklin Roosevelt during his visits to Warm Springs, was among a small group of supporters who knew Carter was planning to run for president. Andrews was in charge of Carter's announcement ceremony.

"We spent quite a few days in '73 and '74 traveling to Atlanta to the capitol or the governor's mansion, planning for that," Charles said.

Not yet 24 years old, Charles was an alternate delegate to the 1976 Democratic National Convention in New York City. He joined such Georgia delegates as Mrs. Otis Redding from Jones County on the Madison Square Garden floor.

After Carter was elected president, Charles spent inauguration week in Washington, D.C., with Joe Andrews and Joe's brother, Ed. Mary Ann Middlebrooks, Mrs. Walter Williams and her son joined them for inauguration day, but it took some doing.

It snowed that week in Washington and in Milledgeville, so mayor Walter Williams arranged for someone with a four-wheel drive vehicle to take them to the Atlanta Airport for the flight to Washington.

Through his friendship with Andrews, Charles met Milledgeville Congressman Carl Vinson. He also worked in the campaign of future Georgia senator Sam Nunn, and he headed Bert Lance's gubernatorial campaign in Baldwin County.

"Joe was a very humble man," Charles said. "He never took anybody or any vote for granted. He went door-to-door, or to shake hands with people outside factories. That's why he favored Carter over Sanders. Carter was more of the common man, as opposed to Sanders (whom the Carter campaign had dubbed Cufflinks Carl.)"

To this day, Charles remains on Jimmy and Rosalynn Carter's Christmas card list.

Charles was the youngest of Doyle and Stella Middlebrooks' three children. His father was a preacher and his mother was a teacher. Mr. Middlebrooks had moved his family from Texas to Georgia, pastoring a church in the Atlanta area before moving to Milledgeville to become the Washington Baptist Association missionary for many years.

"Dad was a role model for me," Charles said. "He would take me along when he was visiting shut-ins. He was always helping people, praying for them, getting to know them."

Mr. Middlebrooks was also a part-time photographer for The Union-Recorder. Rare was the Friday night in the fall when he was not taking photos at an area high school football game.

"I couldn't get by with stuff without her knowing about it," Charles said, laughing. "While she was strict, people for the most part seemed to enjoy her class. Danny Rogers and others told me stories of ideas or things she used in teaching that made an impression on them. They used it when they were teachers."

Mr. and Mrs. Middlebrooks had a station wagon, so they would help Mrs. Lola Teague drive her cheerleading squad to football games.

The sociability he learned from his parents, Charles has carried with him throughout his career in sales.

It started as a 16-year-old, when he was hired as a salesman at Nash's men's store in downtown Milledgeville. His older brother had worked there, and Charles was impressed by the clothes Larry was able to buy.

Next came Simpson's in the Milledgeville Mall, a degree from Georgia College, then on to Atlanta and a job at the George Muse Clothing Company.

But the Middlebrooks family roots in Texas came calling, and Charles and Mary Ann found the perfect opportunity at David Shellenberger's fine clothing store in Waco.

"We were trying to be faithful to the Lord by getting into business with somebody who had Christian values like ours, so we wouldn't be put into the position of having to compromise," Charles said, "and David was that kind of man."

"Both are Southern towns," Charles said. "Both have a lot of old homes and both are college towns. Both have similar histories. And in both places, who you are is determined by what family you came from.

"But that wasn't a frustration because we had already learned how to maneuver around that in Milledgeville. We were able to develop friendships and really get to know people."

The Middlebrooks achieved their dream when they purchased Shellenberger's several years later.

But that dream came crashing down when Charles and Mary Ann were injured in a traffic accident involving a drunk driver.

Charles was incapacitated with a concussion for almost three years, suffering from agonizing headaches. His concussion symptoms continued for more than six years.

They were forced to sell their business. Mary Ann went back to teaching, which she had done for several years in Milledgeville after earning her degree at Georgia College.

Charles eventually was able to start working as a personal clothier for men, offering in-home and in-office fittings. Later, he went to work in the fine suit department at the Dillard's in Waco, where he continues to work now.

He has information on more than 2,000 customers in his phone.

Charles, who has been known to wear cowboy boots and a cowboy hat, calls himself "a weekend cowboy" after living in Texas for more than 35 years.

"Texas is a special place," Charles said. "We like the wide-open spaces. You can see the sun set. We kind of get claustrophobic when we come back (to Georgia) and ride through the pine trees."

Charles and Mary Ann still have relatives in Georgia.

While others have asked them about moving back here, they remain noncommittal.

"It would be hard for us to move until we sense some kind of a sign from the Lord," Charles said. "We know He had something in mind for us here (in Texas.)"

Although life-changing events such as their car accident can try a person's soul.

He's looked around enough to know.