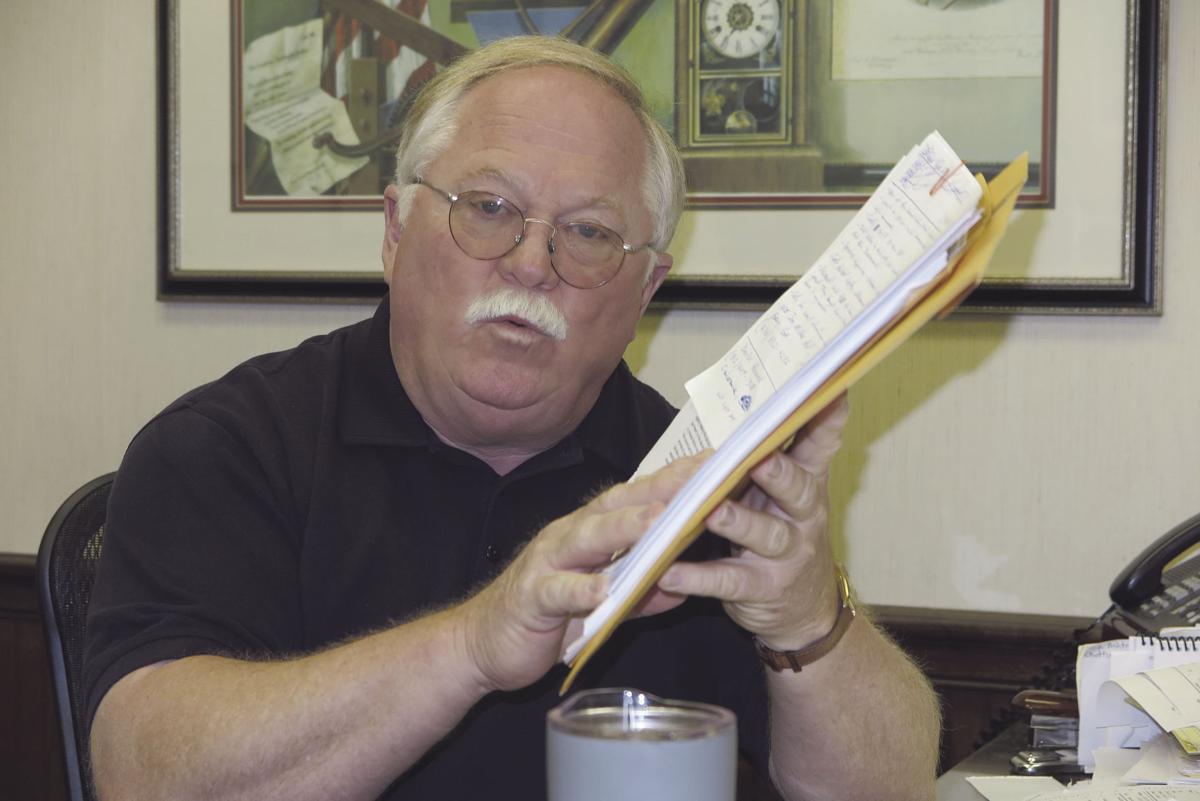 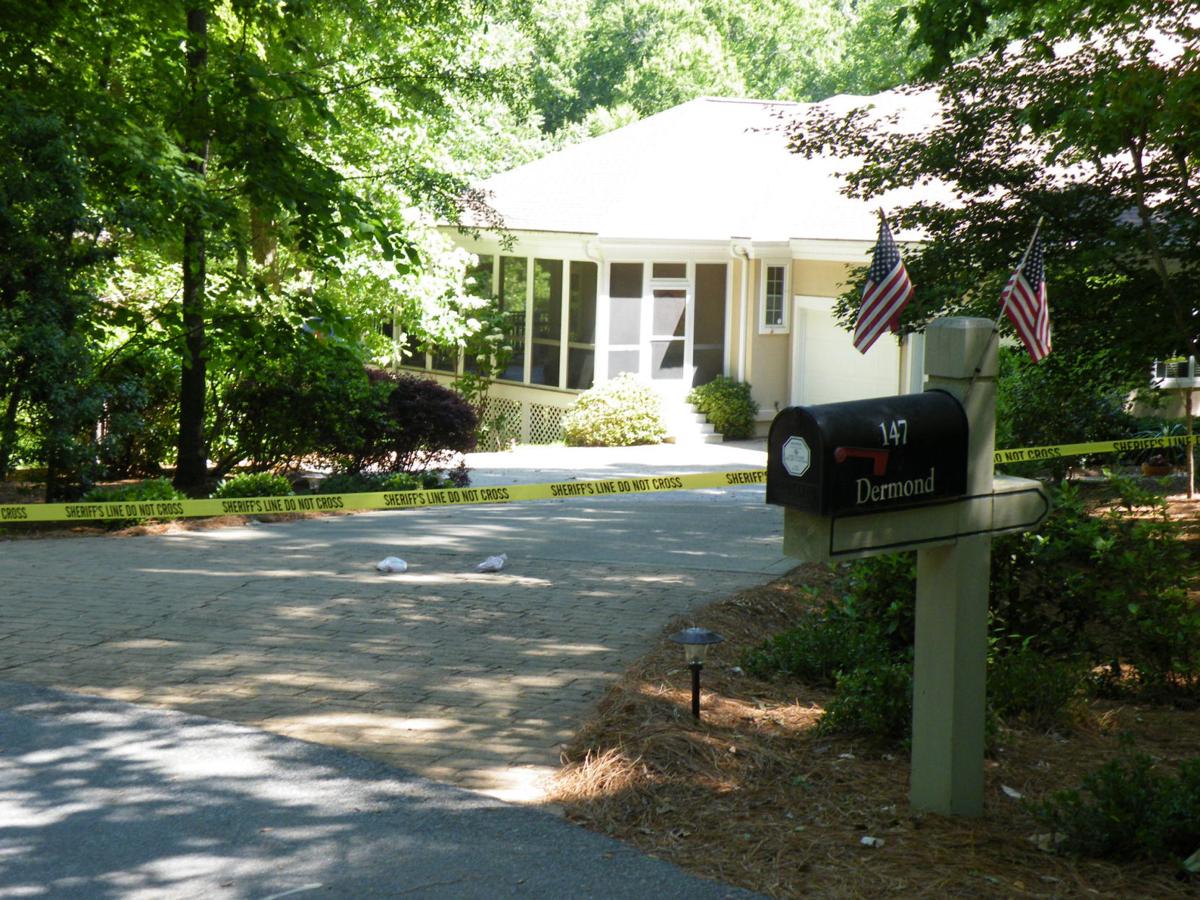 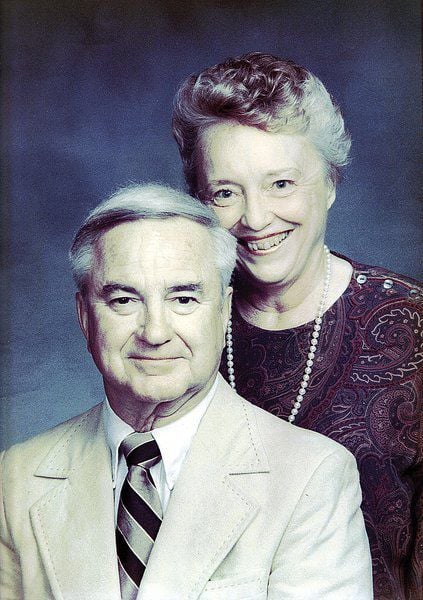 It’s now been five years since Russell and Shirley Dermond, married for 67 years, were found brutally murdered. Russell is believed to have been shot before he was beheaded postmortem. His wife, Shirley, meanwhile, who originally was thought to have been abducted by her husband’s killers, was found 10 days later on the Greene County side of Lake Oconee. She had been beaten to death, tied by rope to cinder blocks, and then dumped into the lake.

Her body surfaced near two fishermen on the lake 10 days later.

Reluctantly, the veteran sheriff, who has solved dozens of murder cases during his distinguished law enforcement career, admits that he is no closer to solving the case today than he was a year ago, two years ago, three years ago — or four years ago.

“Five years ago, we were running hot leads and things like that, and we’re not running that now,” Sills said. “That doesn’t mean, though, that we’re not following up on leads.”

The veteran sheriff, a former detective with the Baldwin County and DeKalb County sheriff’s offices, then picked up a stack of papers from his desk and held them in front of his eyes.

“This entire stack of papers right here is a lead from last week that I worked on probably for two days,” Sills said. “It concerns the names of some people, including their criminal records, and the kind of vehicles they drive, etc.”

Sills said his office received a telephone call urging them to look at a couple of people with what he called was a plausible story.

“And immediately, when that happened, everything else I was doing at the time, stopped,” Sills said. “And that started. We checked this person and that person with a plausible story and it comes in as a phone call. That stack of paper is the result of a phone call coming into the sheriff’s office where someone said, you need to take a look into this person with a plausible story attached to it.”

Sills said the tip was called in to authorities at night.

“I jumped right on it, personally,” Sills said. “We immediately started calling other law enforcement agencies where these people live and we get their criminal records, and we’re looking for cellphone data from five years ago and things like that. And then eventually, I end up talking to the person who initially made the phone call.”

Unfortunately, it turned into nothing, Sills said with a grimace on his face.

The sheriff said he appreciated the phone calls because he realizes people are merely trying to help.

Sills said he wanted to know more than anybody on earth who committed the murders and why.

“It’s the most frustrating case I’ve ever had,” Sills said. “I know people get tired of hearing me say that I wake up every morning and think about it and I go to sleep thinking about it. I do this every day.”

He remains convinced that somebody somewhere knows something about the case.

“Ben Franklin said you know three people can keep a secret if two people are dead,” Sills said. “Somebody knows. And there’s more than one person involved in this.”

Sills said some people, including friends, had tried to console him about the fact that it takes many years — oftentimes more than a decade — to solve some homicide cases.

“I understand that,” Sills said. “But I wasn’t in charge of those particular cases. I am in charge of this one. It’s embarrassing for me, to tell you the truth.”

Sills said he understands it’s not his fault, but that it’s his responsibility to solve the Dermond case.

“I constantly think that I’ve done something wrong, or I’ve missed something, and I well may have,” Sills lamented. “I mean, we all make mistakes.”

What troubles him is that the Dermond case was a violent murder.

“And whoever did it is still at-large,” Sills said. “Or, I guess, they could be in prison somewhere for something else.”

When detectives and deputies with the Putnam County Sheriff’s Office first learned about the murder and beheading of Russell Dermond, a World War II veteran, Sills said they called in the FBI for assistance.

The murders of Russell and Shirley Dermond are believed to have occurred four days before authorities ever knew that the unthinkable had happened in the county — in a gated community with security officers and video surveillance cameras.

At the time, authorities thought they were dealing with just one murder — that of Russell Dermond, whose corpse was discovered in the garage of the couple’s home.

Little did they know, even though Shirley was thought to have been the victim of a kidnapping, that she would turn up dead, too, like her husband, a homicide victim.

Special agents with the FBI field office in Macon later brought in members of its specialized behavioral unit who established a profile of the killers.

“The bottom line of the profile that was worked up was that it was a male subject who probably liked guns and knives and things like that,” Sills said. “Well, guess what? That’s everybody in Georgia pretty much, certainly in middle Georgia. It’s not that I don’t appreciate the fact that the BAU looked at this case and gave us some good questions to ask when we formulated questions to ask people. But the profile just fits so many people.”

Sills emphasized that he was not discrediting the work of the FBI BAU, but their profile did little to aid authorities in solving the case with the exception of coming up with some questions to ask during the course of the investigation.

At the time of the murders, the security cameras were not working at the guard house at Great Waters.

It’s still undetermined exactly how the killers made their way into the gated community, whether by vehicle or boat.

One thing is for certain, though.

“Mrs. Dermond’s body, we know, was disposed of by boat,” Sills said.

Authorities quickly uncovered that the couple didn’t own a boat, even though their backyard property, including a dock, backed up to a cove on Lake Oconee.

“The couple had gotten rid of their boat sometime earlier,” Sills said.

The sheriff said security procedures in the gated community were more relaxed at that time.

“And if you had a decal, and you must understand that virtually all of the service companies, anybody like that had such a decal,” Sills said, “if it was a worker or someone like that, and I’m not saying it was because we don’t have any evidence that it was, then they could have gone in unobstructed, whatsoever, and no record was kept of that.”

Sills said if the camera had been working, he assumed the vast majority of the people going and coming in the affluent subdivision would have been identifiable.

Even though video surveillance cameras were just as popular five years ago as they are today when many homeowners, the Dermonds did not have any installed inside or outside their home.

And neither did any of their closest neighbors.

“We pulled video from people who had it pointed on their docks and things of that nature, but they had their cameras pointed toward their boats,” Sills said.

Since the killings, there have been virtually no crimes within Great Waters to speak of other than some entering autos, according to the sheriff.

Another baffling factor in the case is the fact that there were multiple crime scenes.

“We don’t know where all the crime scenes were in this case and that’s been a big problem,” Sills said, noting for sure there were at least two, and possibly three, crime scenes or more.

“One was the water where Mrs. Dermond’s body was recovered, which is certainly not the best crime scene. And No. 2 is the house where Mr. Dermond’s head was removed postmortem after he was dead.”

Sills said he doesn’t believe Shirley Dermond was killed at the home.

“Her injuries were such that there should have been physical evidence left behind that simply wasn’t there,” Sills said.

It’s also possible that Russell Dermond wasn’t killed at the home either, he added.

“They could have been killed in the same place, but obviously I don’t know,” Sills said. “The only certain evidence is that after Mr. Dermond was dead, his head was severed in that garage. That’s the only evidence in that house.”

Sills said it is believed that Russell Dermond was shot since a small amount of gunshot residue was found on his shirt.

“Therefore, we assume there is a likelihood that he was shot in the head, but we don’t know that because we don’t have the head,” Sills said.

“It does not appear from a physical evidence standpoint that they were murdered there at all,” Sills said.

Anyone with any information about the double-murder of Russell and Shirley Dermond is asked to call the Putnam County Sheriff’s Office at 706-485-3014.

Elaine Wright Oliver, 72, passed away Friday, May 7, 2021, after a lengthy illness. Services will be held at 3 p.m. Tuesday, May 11, at Scenic Memorial Gardens Cemetery. Mrs. Oliver was born in Milledgeville, Georgia on March 21, 1949, to William Daniel Wright and Elaine Jacqueline Gross Wri…

Virginia Martin Brabham Hardee, 99, passed away Wednesday, May 5, 2021. Graveside services will be held at 11 a.m. Saturday, May 8, at Baldwin Memorial Gardens with the Rev. Ralph Story officiating. Ms. Hardee was born in Enterprise, Ala. on Feb. 9, 1922, to Virgil Martin and Leila Estelle K…

Carolyn Eugenia Hardie McNeal of Milledgeville and formerly of Gordon, Ga., passed away Thursday, May 6, 2021, at the Chaplinwood Health and Rehabilitation Center where she had lived for the past eight years. Born in Wilkinson County on Oct. 8, 1936, Ms. McNeal was the middle of five daughte…

Lloyd was from Hampton, Va. and moved to Milledgeville, Ga. in 1990. He was a wonderful man with many stories that loved playing golf. He passed away on May 3, 2021, at the age of 90. He leaves behind a son, Jeffrey S. Whipple, and a daughter, Robin Elizabeth. Services will be private.

William Ross "Bill" Stillwell, Jr., 91, passed away Monday, May 3, 2021. Funeral services for Mr. William R. "Bill" Stillwell will be conducted Thursday, May 6, 2021 at 11 a.m. in the chapel of Williams Funeral Home and Crematory of Milledgeville, with the Rev. Mac Enfinger officiating. Mr. …