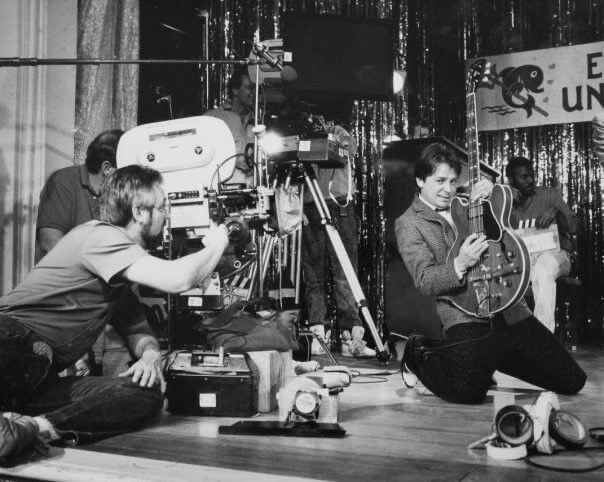 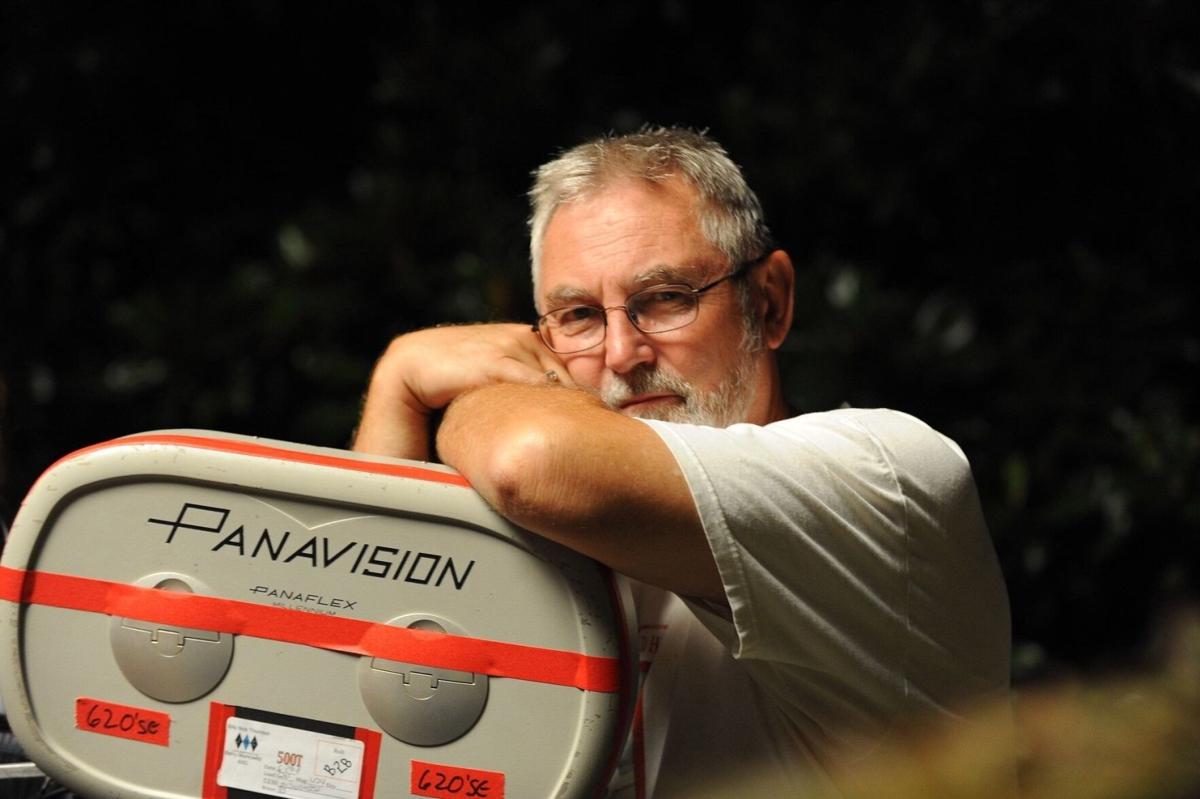 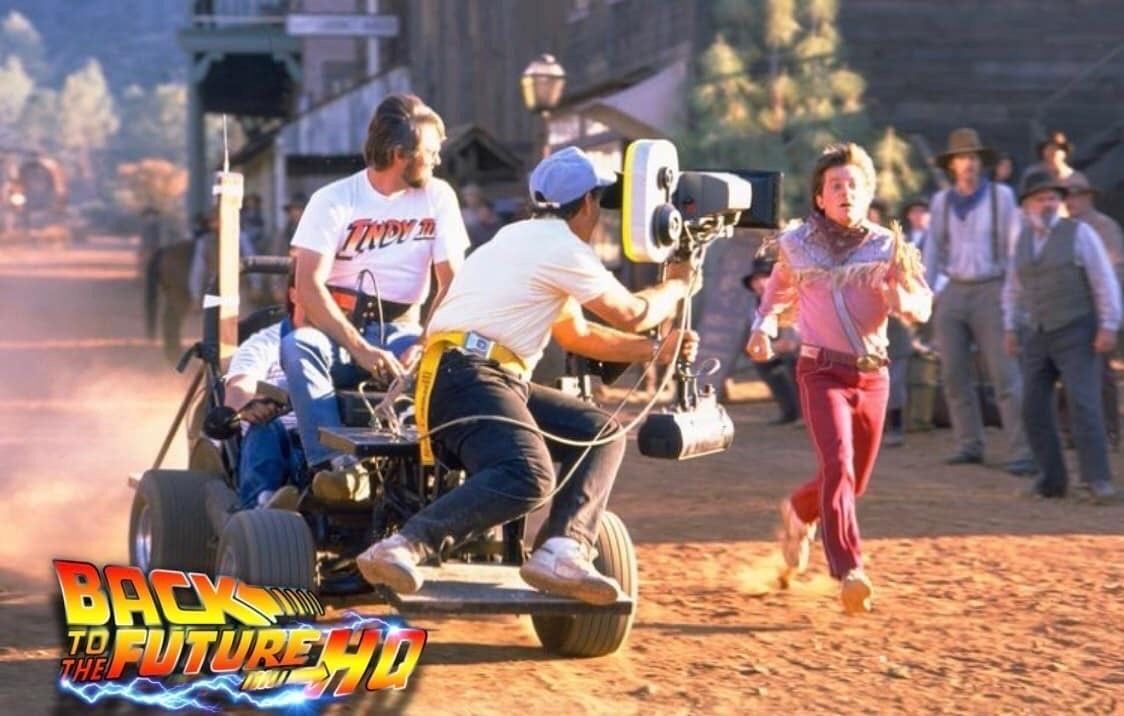 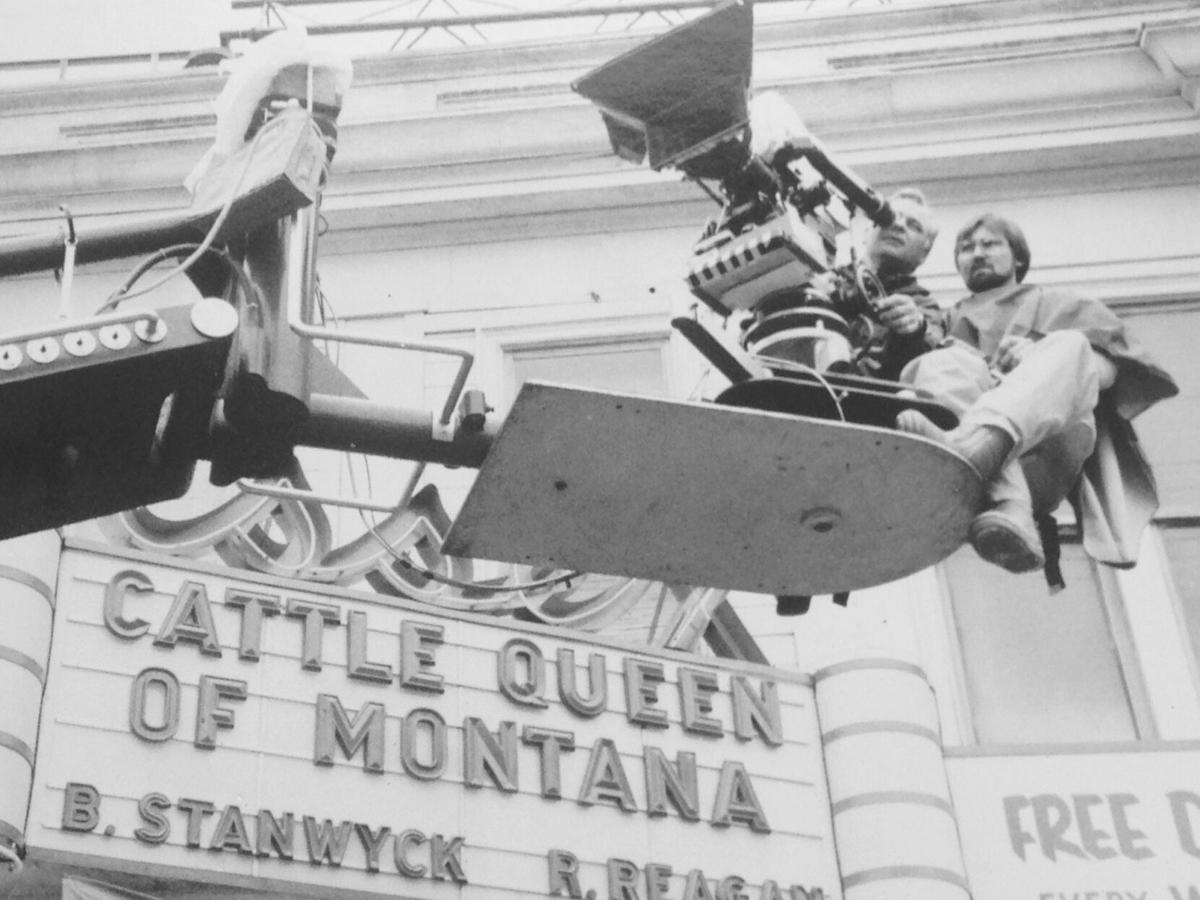 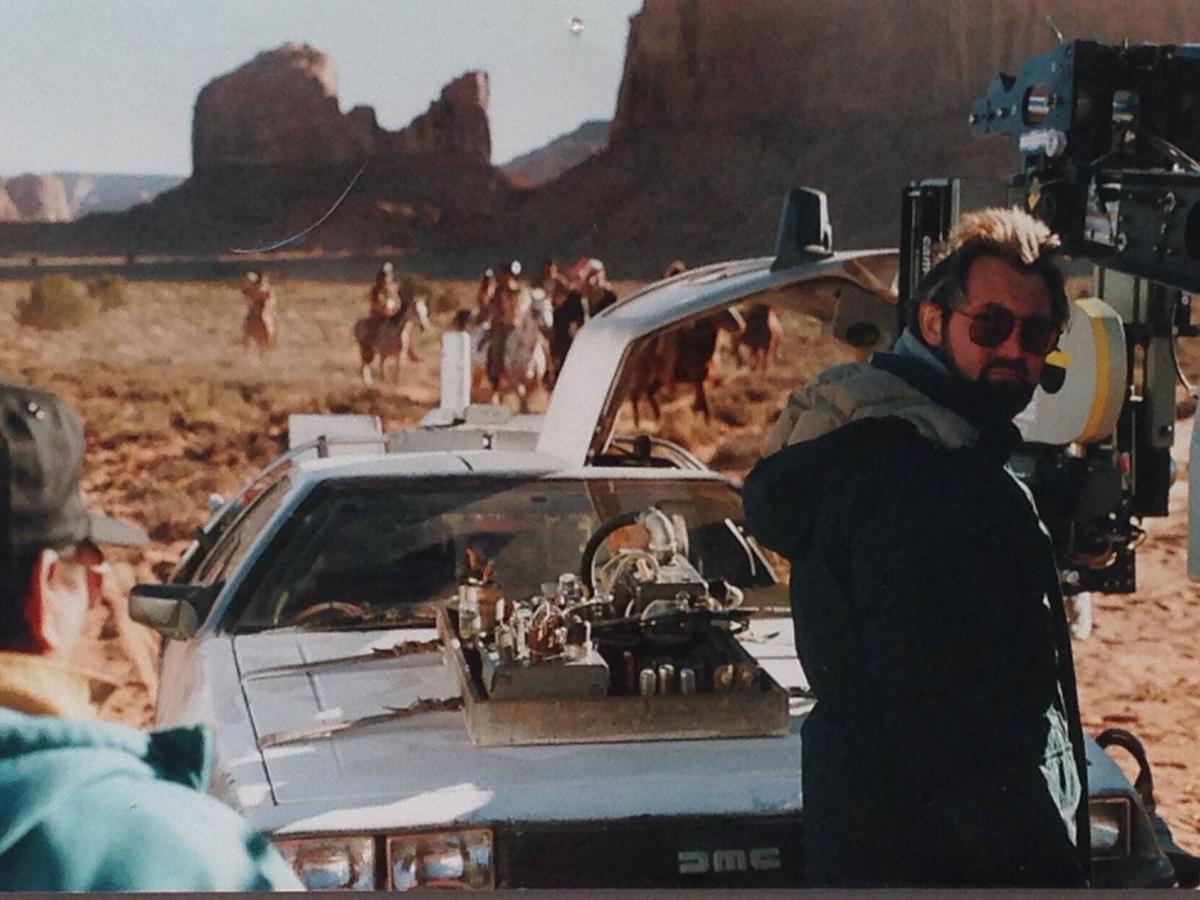 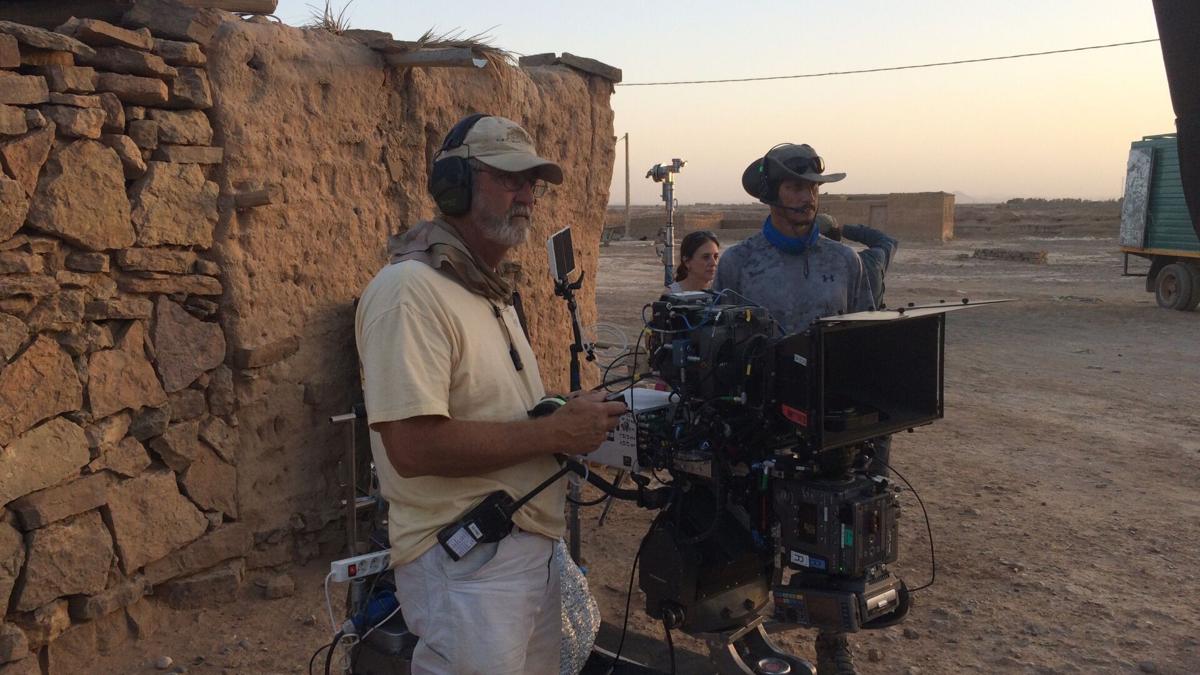 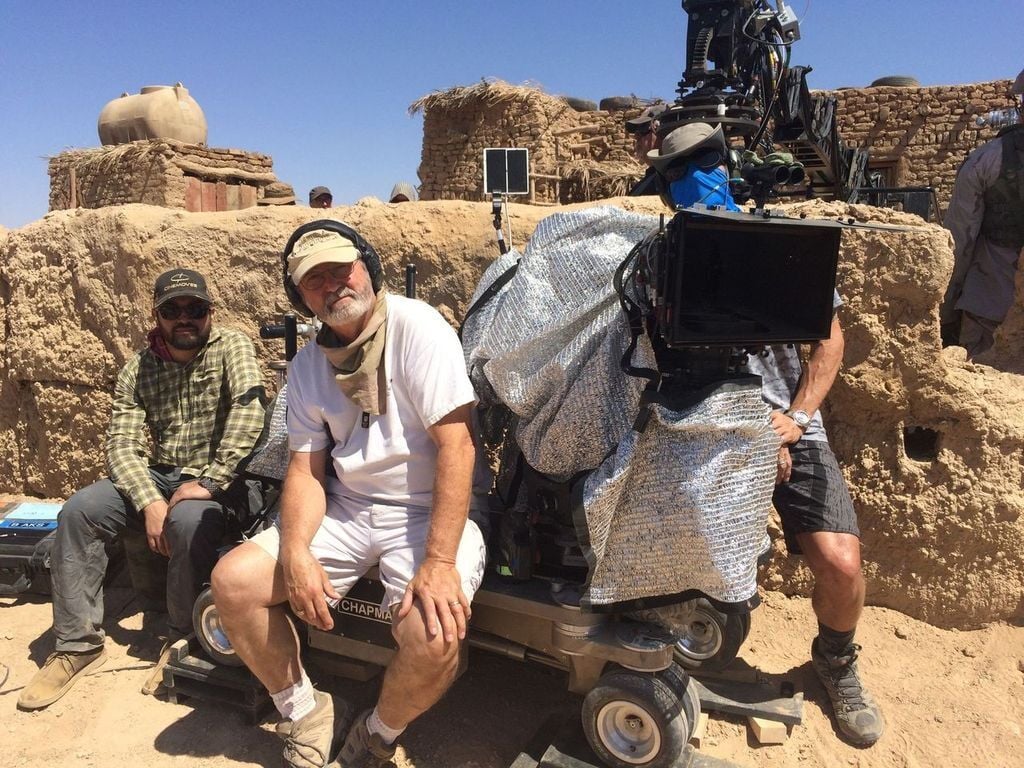 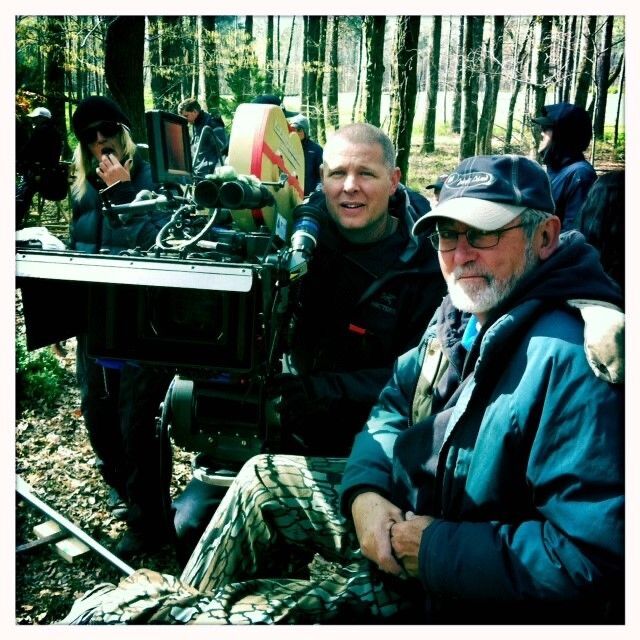 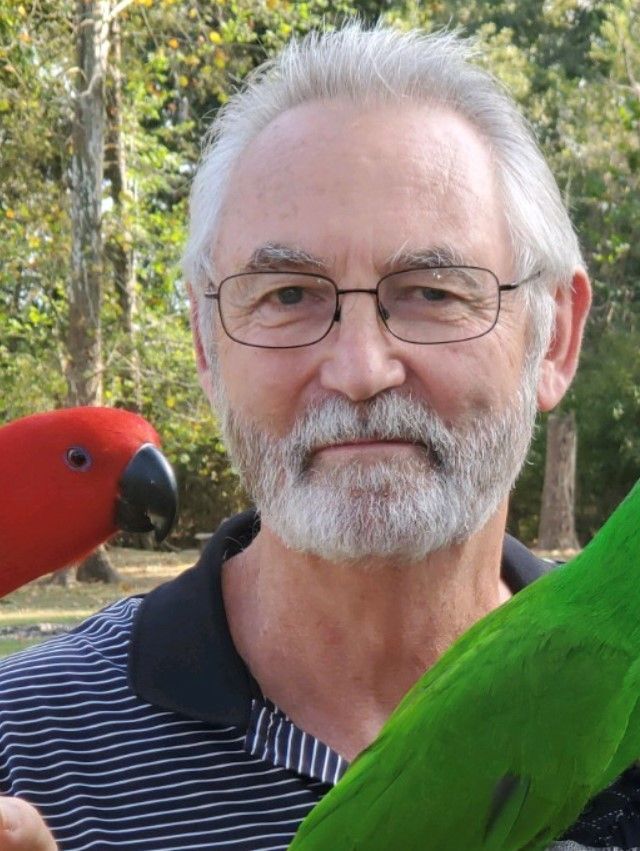 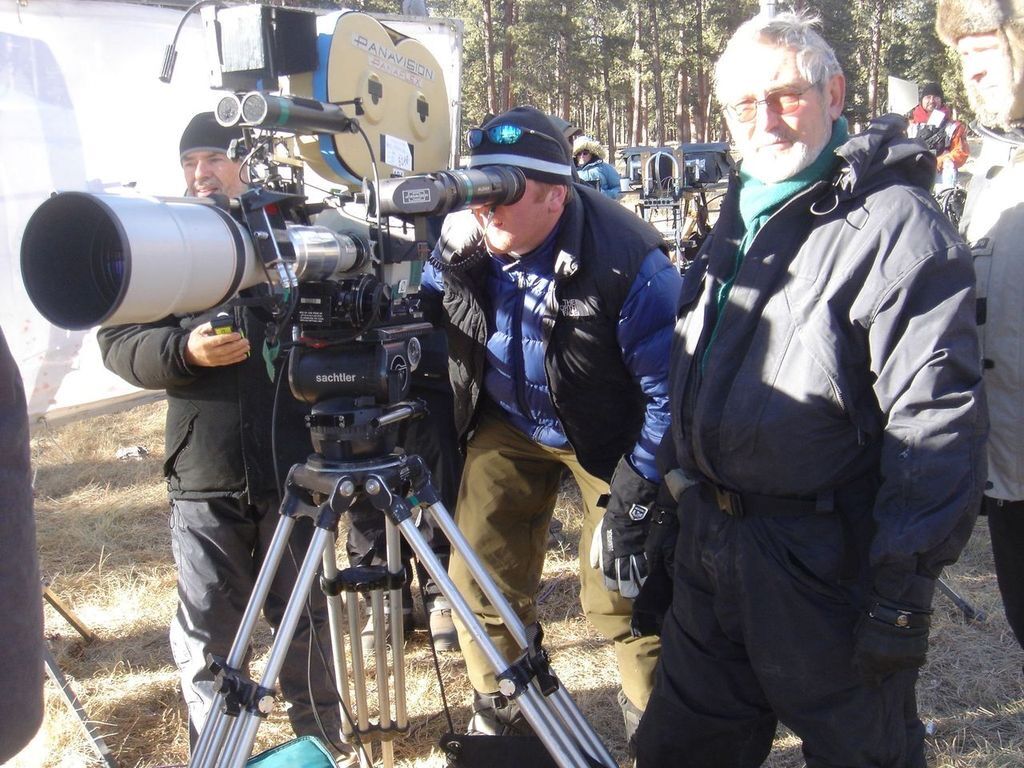 Clyde Bryan’s resume as a professional cameraman includes credits of some of the most beloved motion pictures of all time such as “Back to the Future” and “Indiana Jones.”

This semester, he is bringing the real-world knowledge he gained in a 40-plus year career to the students at Georgia College when he teaches the course “Introduction to Onset Production.”

Originally from Ellijay, Bryan knew at an early age the path that he wanted his life to take; he just wasn’t sure where to start.

“I always had a love for movies, and by the time I was in high school, I was deciding to go to movies because certain people had been the cameramen on them, not because of the actors or any of that stuff,” Bryan said. “I always knew I wanted to be on the technical end.”

As a high school student in a small town in Alabama, Bryan began making his own short films in the late ‘60s and going to libraries in nearby towns in search of books about how to make motion pictures. In the beginning, it was just for the love of the art.

“As far as making a living and having a career, that wasn’t even in the thought process at the beginning,” he said. “It was just that I wanted to make movies.”

An avid reader and film watcher, the appeal to Bryan was in the creative process.

“I could fabricate a world that maybe really didn’t exist but only existed on the movie screen, and to me that was fascinating.”

After graduation, Bryan attended college for a couple of years before deciding that he could learn more by entering the workforce. He began in the early ‘70s as a portrait photographer.

“I was always thinking, ‘Well, as soon as I have enough money, I’m gonna go to California.’”

At around 25 years old, Bryan did make his way out to California, and through what he calls “a lot of serendipity and a lot of hard work,” he ultimately built a resume that includes some of the most beloved films of all time. His credits include all three of the “Back to The Future” films, “Big Trouble in Little China,” “Harry and the Hendersons,” “Road House,” “Who Framed Roger Rabbit,” “Indiana Jones,” “Hook,” “Apollo 13” and many, many more.

Bryan spent most of his career as a first assistant cameraman, which meant he was generally in charge of everything mechanical and logistical within the camera department. While working on those films, he said there were moments of realization among the crew that they might be working on hitmakers that would open doors for their careers, but they were also just busy living their lives.

“We were also dating and maybe having children and having a family and life in general. … I don’t think any of us that worked on it thought that 30 or 40 years later people would still be going, ‘Oh my God, I love that movie.’ That’s a dream that all of us have that we will work on something, be a part of something that our name will be attached to that even when we’re not here anymore that people will remember those movies and still see them.”

Bryan met his wife in California and his children were born there also. In 2006, the family decided they wanted a lifestyle change. Bryan’s half-sister had a house on Lake Sinclair at the time, and Bryan had just finished a movie in Virginia. The family visited the area and fell in love with life on the water.

After moving, Bryan continued traveling all over the country. Thanks to a film tax incentive in the state, though, he was also able to work in Georgia a great deal. He worked on a couple of Tyler Perry films, and then suddenly people were coming to Georgia to make films and television series. Since they knew Bryan, they would call him to work on series including “Stranger Things” and “Ozark,” which are filmed in Georgia.

With such an extensive resume, Bryan said he can’t choose a favorite film. He said he feels his best work was in 2002 on “Road to Perdition,” which won an Academy Award for cinematography. He’s proud to have worked on all three “Back to the Future” films and still have friendships with most of the actors and technicians.

When Bryan retired in 2017, he and his family opted to stay in Milledgeville. Through a partnership with the Georgia Film Academy, he will begin teaching his first course at Georgia College on Jan. 14. It’s something he sees as a way of giving back.

“I feel like that I have a lot of experience and a lot of knowledge to impart,” he said. “I’m very impressed with the Georgia Film Academy’s structure and programming and their curriculum.”

Jeffery Stepakoff, executive director for the Georgia Film Academy, said the existing film industry in Georgia is unprecedented. In 2007, between $20 and $25 million was spent on film and television production in Georgia. In the last fiscal year, that number increased to $4 billion with nearly 100,000 Georgians working in the industry.

GFA is not a film school but a program supported by the state that uses the existing resources of the University System of Georgia and all of the state’s technical colleges.

It includes a three-step academic program, which includes a fundamentals course that teaches practical skills, a second “craft” class where students can choose from options from hair and makeup to screen writing and direction, and a third class which is a union-covered craft internship. After taking the first class, students can move forward; however, if they decide not to, the college credit hours will still be applied to their undergraduate degree.

Stepakoff said GFA reaches out to industry experts like Bryan to teach the courses.

“When you’re a student at Georgia College and you’re being taught by Mr. Bryan, you are being taught by someone who has extensive, real-world experience, meaningful industry credits and perhaps most importantly deep, deep connections to today’s business.”

Bryan said it takes hundreds of people working on a set to make a production happen, and there are many jobs within the film industry to be had in Georgia.

“You can start your career and finish your career in Georgia, which is something I didn’t feel like I could have done back then.”

He hopes to introduce students to just how big the industry is, and perhaps most importantly, to possibility.

“I was told very often when I was in high school that I needed to get my head out of the clouds; I needed to think about what I was gonna do for a living and not dream about doing something that nobody does.”

With a burgeoning film industry in their home state, he wants to instill in students that with hard work and dedication, countless opportunities await.

“If they dream of making movies, it’s possible.”

— For a complete listing of Bryan’s work, search for his name on imdb.com.