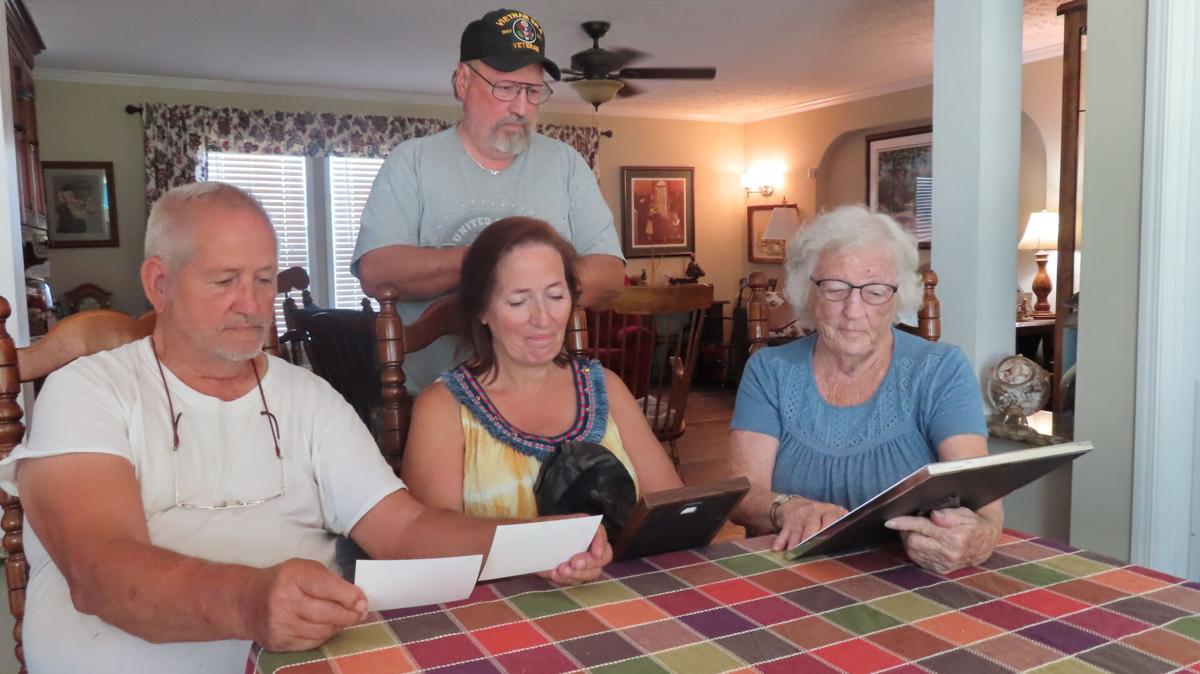 Shane McAfee’s mother, Lisa; his grandparents, Ted and Patsy Popp; and his uncle, Lou Popp, remember their loved one while looking at family photos during recent interview. 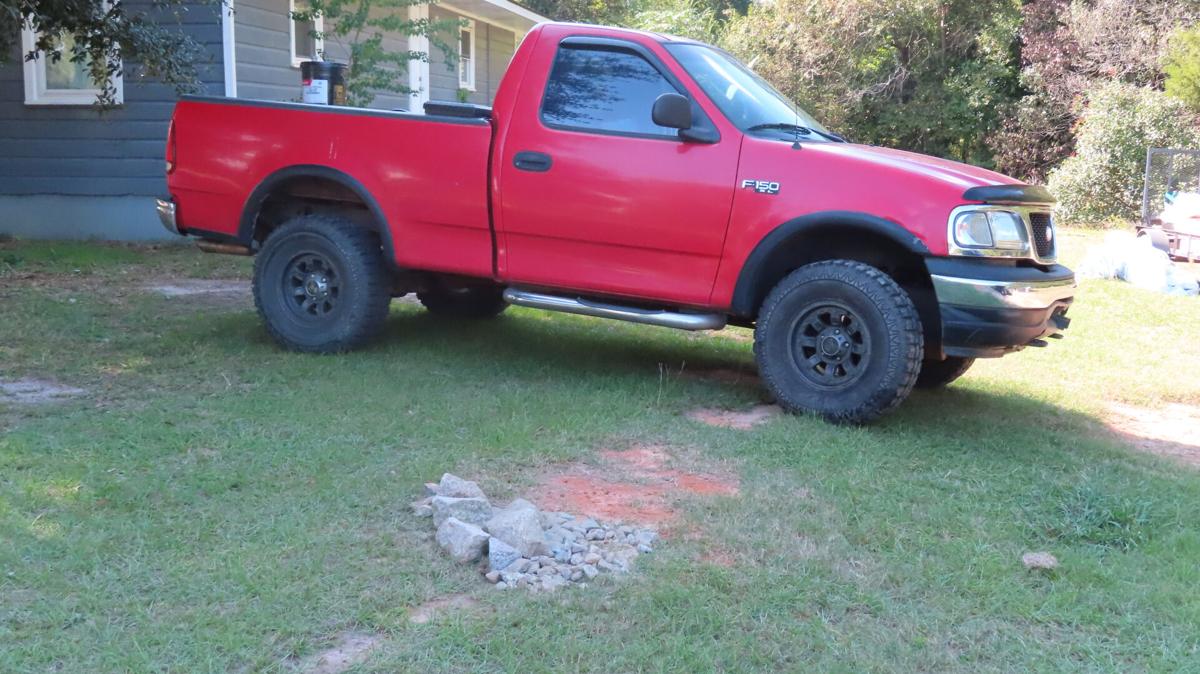 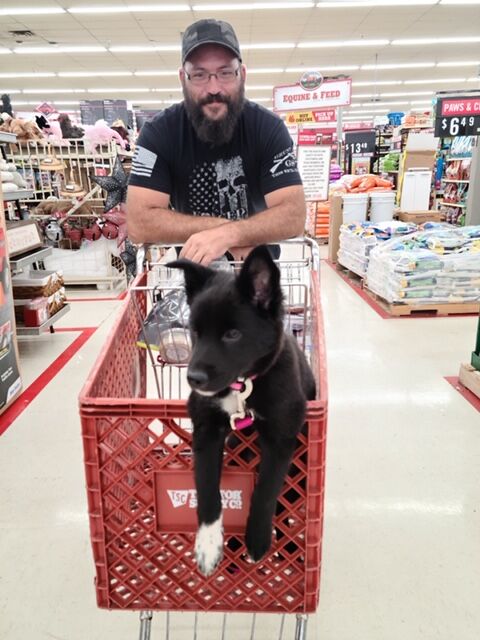 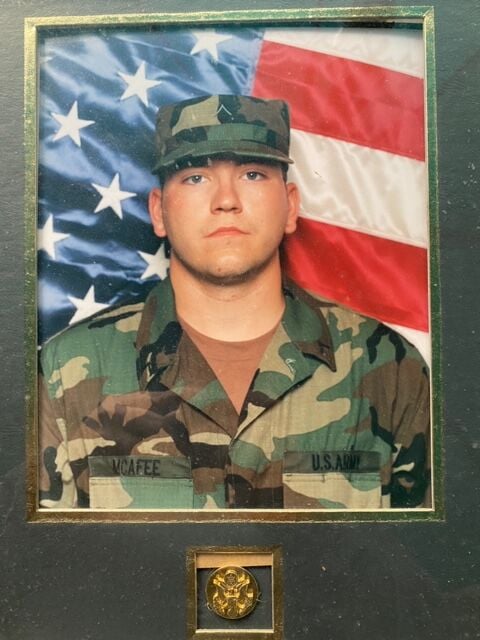 Shane McAfee’s mother, Lisa; his grandparents, Ted and Patsy Popp; and his uncle, Lou Popp, remember their loved one while looking at family photos during recent interview.

There wasn’t a lazy bone in the body of Jonathon Shane McAfee, family members say.

Such was evident by the fact he had two jobs.

Shane moved into a house off Butler Road near the Fall Line Freeway about a year ago after living near Cartersville for the past several years. His new residence in Baldwin County was just a stone’s throw away from where his mother, Lisa McAfee, lives. It’s also close to where his grandparents, Ted and Patsy Popp, and his uncle and aunt, Lou and Diane Popp, live.

Shane, who served in the U.S. Army as part of the War on Terror, moved to Baldwin County to get a fresh start. At 38, Shane, a divorced father of a 9-year-old daughter, had hopes of someday purchasing the house he was living in on the 300 block of Butler Road.

Shane had worked that afternoon and for several hours that night at Tractor Supply in Milledgeville.

After walking out into the parking lot and getting into his red pickup truck with a specialized Army license plate, Shane headed to a nearby convenience store where he purchased a couple of cans of his favorite energy drink.

He then headed home to be with his live-in girlfriend, Windy.

Family members said Shane had known Windy since she was 14 and that their relationship was strictly platonic until after she and Shane moved in together. Shane, who also worked at Sinclair Marina in Baldwin County, had offered Windy a place to stay after her breakup with another man because of what was described as a domestic abuse situation.

“She (Windy) wanted a relationship with Shane and she told me, ‘I don’t understand why he still refers to me as his friend,” said Shane’s grandmother, Patsy. “It bothered her.”

The two later talked things out, and Shane told his grandmother that things were working out pretty well between the two.

The couple got along very well. They seemed to be in love, family members said. And they were planning a future together.

“Shane was a changed man; he was so happy,” Patsy said. “He was happy because he trusted her. He had no reason to feel any differently about her, and she was good to him — the same as he was good to her.”

“I really believed that girl loved him so much,” Patsy said.

And Shane felt the same way about her, according to his uncle, Lou.

Everyone said there were sparks between the two of them.

After backing his truck into the yard of his residence near the front door on Oct. 3, Shane grabbed a few items.

Seconds later, and about 10:20 p.m., gunshots echoed through the darkened rural neighborhood.

The sound was distinct.

One of the first people to hear it was Shane’s mother, Lisa, who also works at Tractor Supply in Milledgeville and Madison, and who helped her son get a job there about three months ago. Lisa said she had helped Windy get a job there, too. She had just finished her first week as a cashier.

“My manager had been looking for a strong feed guy and Shane fit the bill,” said his mother during a recent interview with The Union-Recorder.

She noted that her manager bragged about Shane all the time.

“He was really doing a good job and everybody loved him there,” Lisa recalled.

Lisa said she was inside her camper residence when her son arrived home on Oct. 3.

Just a short time after Shane got home, Lisa said she heard the single gunshot.

Shane’s grandfather, Ted, said he heard the gunshot, too.

No one was concerned about it at the time, since they live in the country and sometimes hear the sound of gunshots.

It was different this time, though.

“I knew something was wrong because I felt it and the sound of the gunshot was so loud,” Lisa said. “I walked outside and stood there for a minute and then I heard Shane scream, and I heard her (Windy) scream.”

Lisa described her son’s scream as a painful yell for help.

“You could just tell that it was something bad,” she said.

Lisa said she immediately got her car keys and headed to her son’s residence.

“As soon as I pulled up, I could see Shane laying on the ground beside his truck on the passenger’s side,” Lisa recalled. “He was on his side and Windy was holding his head up. She had 911 on the phone. And she was trying to get him to talk to her a little bit.”

Lisa said she saw that her son had been shot once in the stomach.

She called family members to tell them that Shane had been shot.

Lisa said as soon as her son screamed, Windy came running out of the house to find out what had happened.

“He was holding two energy drinks in his hands and some other items,” Lou said.

Shane also had with him a gun that remained intact in its holster underneath his body, his uncle said.

“He always carried his gun,” his mother said. “He had carried a gun for years.”

Lisa said her son never had a chance to pull his gun out of its holster and use it against the man who was brandishing a gun at him just moments before he was shot and subsequently died.

An Acworth tow truck driver was arrested less than 14 hours later in connection with the fatal shooting of Shane McAfee.

He is charged with one count of felony murder and is jailed in the Baldwin County Law Enforcement Center. He was taken into custody at his home in Bartow County by authorities.

Pollard is the same guy who was involved in a romantic relationship with Windy before Shane came into the picture.

“She had been in an abusive relationship with this guy for a long time,” said Shane’s uncle, Lou Popp. “Shane was always good-hearted and big-hearted and offered her a place to stay so she could get away from this guy.”

Just one day after she moved in with Shane, back in early August, Pollard showed up at Shane’s residence, according to Popp.

“It happened about 7 o’clock in the morning,” he said.

The incident led to Pollard being told by a deputy sheriff that if he came back to the residence he would be arrested for criminal trespass, Lou said.

“This man was warned not to come back to the property,” Lou added.

During that incident, Lisa McAfee said Shane never came out of his house to say anything to Pollard.

When Pollard drove to McAfee’s Butler Road residence where Windy was staying, he pulled up in a white Chevrolet Trailblazer.

“I heard the horn honking,” Lisa said. “So, I got in the car and went up there to the house. I didn’t pull in the driveway. I stayed in my driveway and looked over.”

At that time, Lisa said she had not met Windy, yet because she had just moved in the night before.

“I saw this man on Shane’s porch banging on his door and screaming,” Lisa said, noting she could not hear what he was saying. “When I called Shane, he didn’t answer his phone. So, naturally, that kinda worried me.”

Shane’s grandmother said through the years that the family has had lots of get-togethers and that Shane “was a major, major part of it because everybody loved him.”

Lou described his nephew as a gentle bear.

“He was big, and he was fuzzy and he was so lovable,” Patsy said of her grandson.

Ted recalled that when Shane was a little boy, 8 or so, he and his wife carried him to Montana and they all went on a trail ride.

“We were on horses for a week,” Ted said. “And I don’t think he got off that horse except to eat,” Ted said. “We rode with a wagon train and everything.”

Shane’s grandparents showed some of the photographs taken of their grandson back then.

They also shared fond memories of seeing their grandfather teaching Shane how to shave.

Two years ago, Shane’s father got sick and he took him and helped him until his father passed away.

“That was the kind of guy Shane was, loving and kind as he could be,” Lou said.

After high school in Henry County, Shane joined the Army where he learned welding.

But he never liked it, Patsy said.

Shane received a Korean medal, and a national defense medal during his service. While stationed in Korea, he got married. The marriage led to the birth of a daughter, Shelby.

Shelby and her mother and other relatives drove down from their home in Melbourne, Fla. last weekend to attend funeral services Saturday for Shane.

And he was crazy about her,” Lou added.

At the funeral service, the Rev. Larry Glover, senior pastor of Davisboro First Baptist Church, described Shane as a jokester and a hero.

A lot of hands raised both times.

In closing comments, Glover said Shane’s younger brother, Jacob McAfee, described his brother as his role model and said he didn’t deserve what happened to him.

Jacob said his brother was one of the best friends a brother could have ever asked for in life.

“Y’all, I’m going to be honest with you and I’m a minister and maybe I shouldn't say this, but when I got word of this it made me so mad that I almost cussed,” Glover said.

He called the tragedy senseless and stupid.

William Frederick Shields, 62, of Spring Hill, Fla., died Oct. 25, 2020, at Bayonet Point hospital surrounded by family. Bill Shields was born on Aug. 4, 1958, in Selden, N.Y. He retired from Vought Aircraft after 32 years and traveled extensively for 12 years with his wife, Pearl Shields. H…

Mrs. Shirley Cooper Miller, 77, passed away on Oct. 25, 2020. A graveside funeral service will be held on Friday, October 30, 2020 at 12:30 in Heritage Memorial Park. The family will be at Williams Funeral Home on Friday from 11 a.m. until noon to receive friends. Mrs. Miller was the daughte…

The world lost a wonderful husband, father, teacher, coach, mentor and friend when Mike Lay passed away on October 22nd, 2020. Mike began his coaching career at Baldwin County High School and continued following his passion of coaching until a day before his passing. To share a memory of Mik…