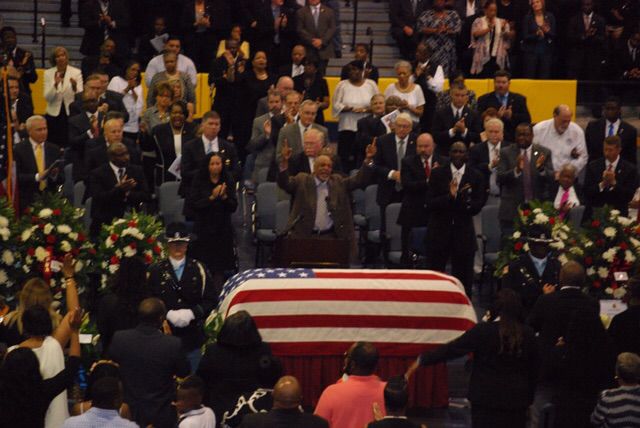 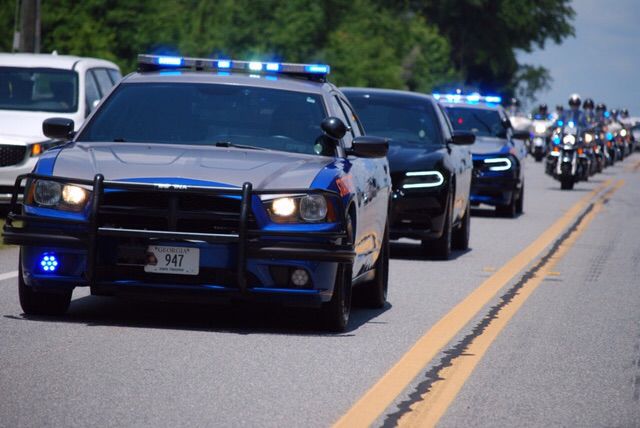 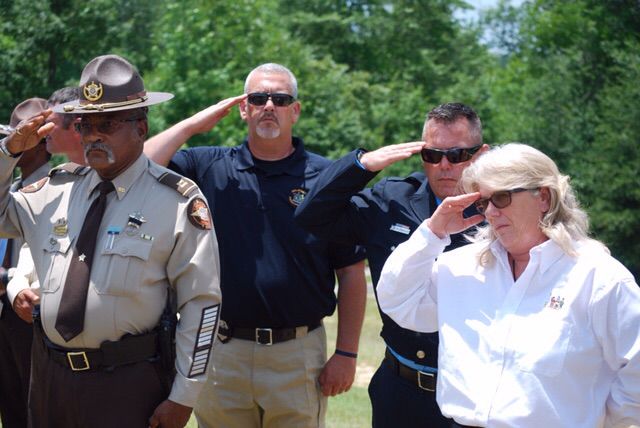 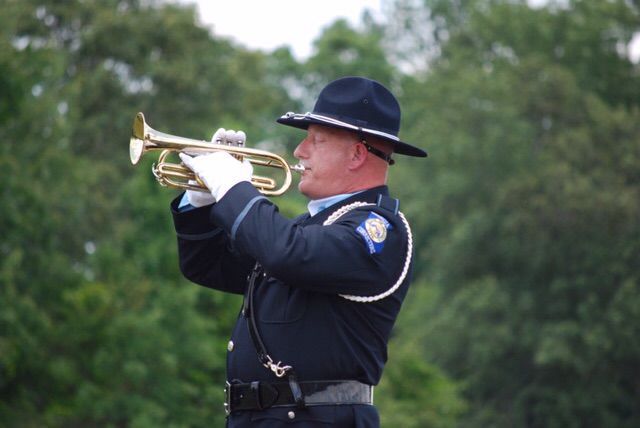 IRWINTON – Hundreds of family, friends and law enforcement officers from across Georgia attended funeral services Saturday for one of two Georgia Department of Corrections officers murdered earlier this week when two convicts escaped from a state transport bus between Sparta and Eatonton.

During the funeral services at the school, Pastor Harold J. Banks, reading from Proverbs in the Bible, told the hundreds there to pay their last respects to Sgt. Billue that they should as the passage instructs: “Trust the Lord with all of your heart and do not lean on your own understanding. And then He says in all ways, acknowledge Him and He will make straight your paths.”

Banks’ message was what people should do at a time like this.

“The sub-topic I’d like to use, if you don’t mind, the directions of Officer Curtis Billue in times like this...,"he explained.

He then offered a prayer to those assembled, including Billue’s family, including his two sons, his 94-year-old father, and other family members, close friends and many from law enforcement, including hundreds from the Georgia Department of Corrections.

“There’s so many things I could reflect on concerning Officer Curtis Billue,” Banks said. “I could talk about how he was an adventurer and how he loved wildlife and he was a real outdoorsman.”

In closing, he asked those assembled to acknowledge God by forgiving the two escapees who murdered Sgt. Billue and Sgt. Monica.

Ethel Lee Elliott Smallwood, 90, of Shady Dale, passed away Wednesday, Sept. 15, 2021, at her residence. Ethel Smallwood was born and raised in Shady Dale, Ga. to the late Charlie Walker Elliott Sr. and Magnolia Rogers Elliott. Ethel moved to Milledgeville in 1952 and married the late Robert…

The death of Marjorie (Marge) Veal Smith occurred Tuesday, Sept. 14, 2021. Services will be held at 11 a.m. Saturday at the chapel of Moores Funeral Home with the Rev. Mac Enfinger officiating. Private burial will follow at Memory Hill Cemetery. Ms. Marge was a native of Washington County an…