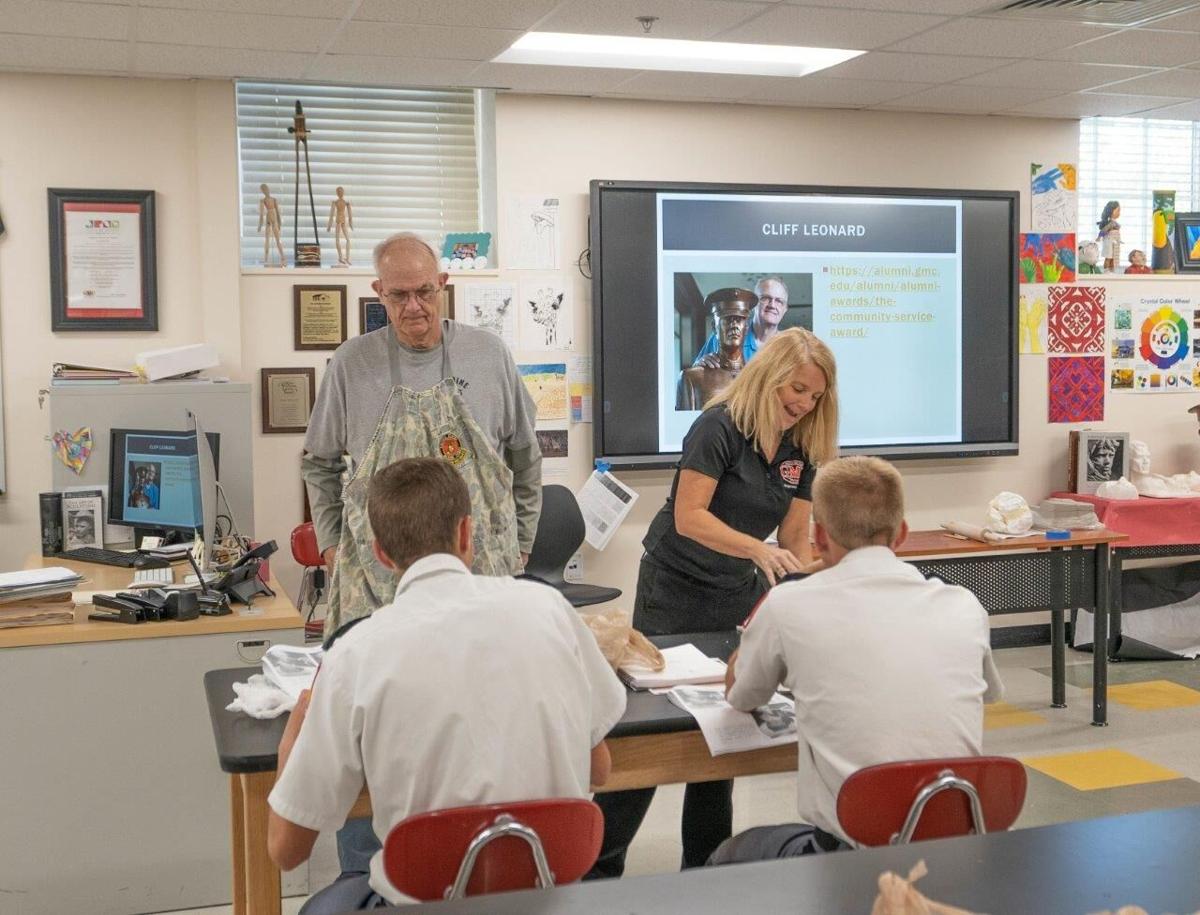 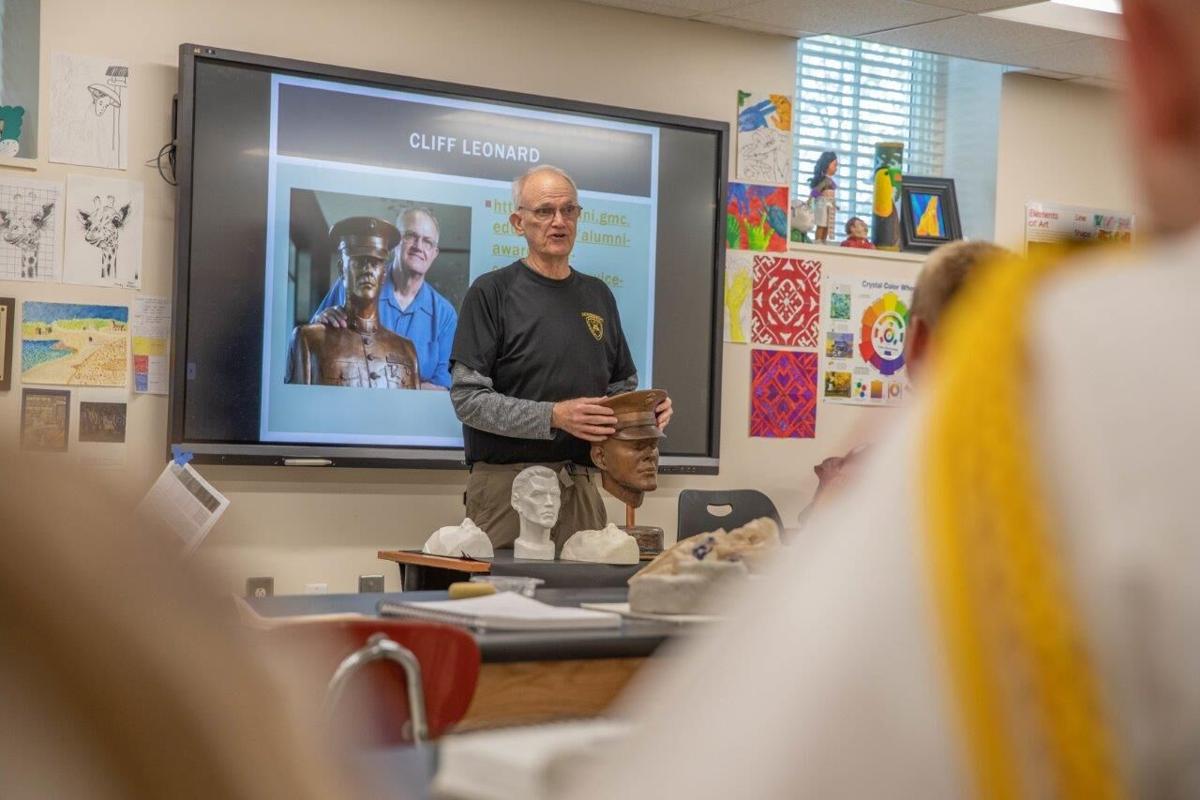 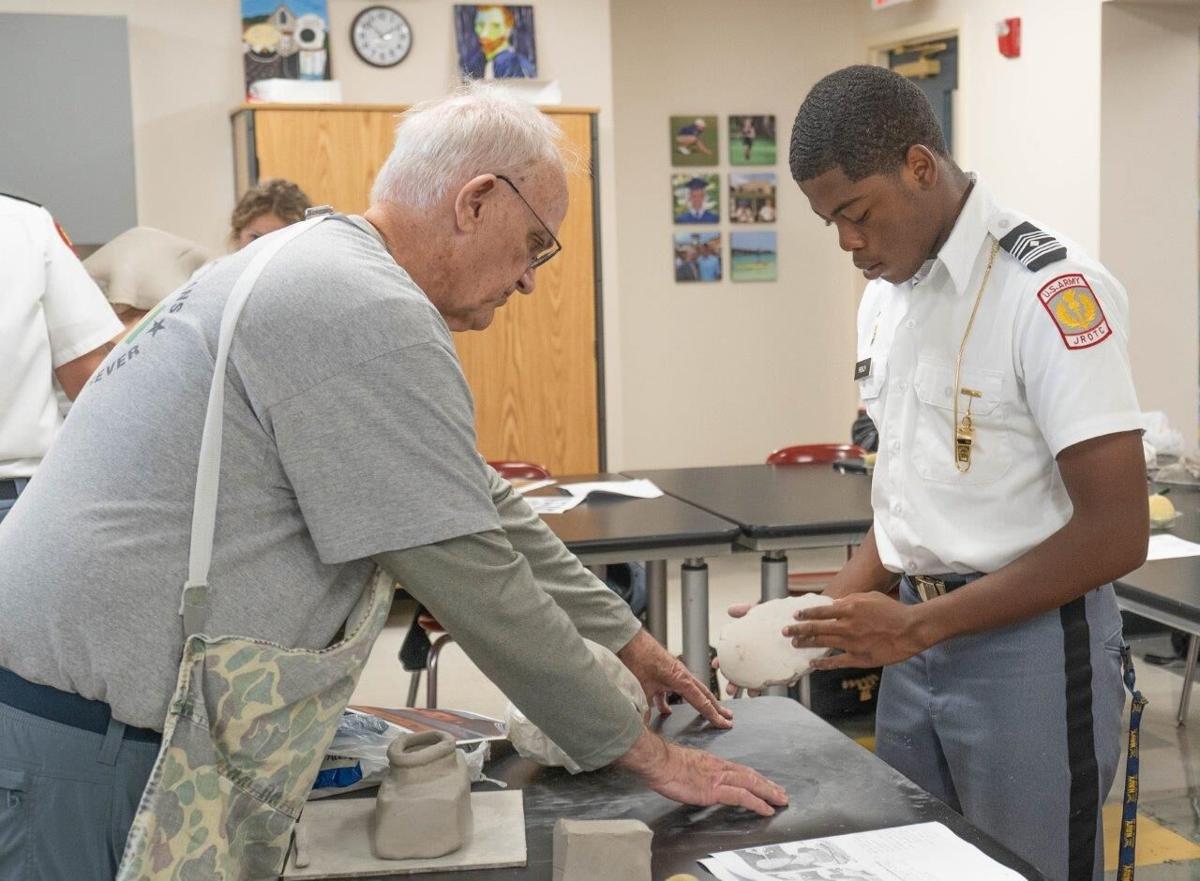 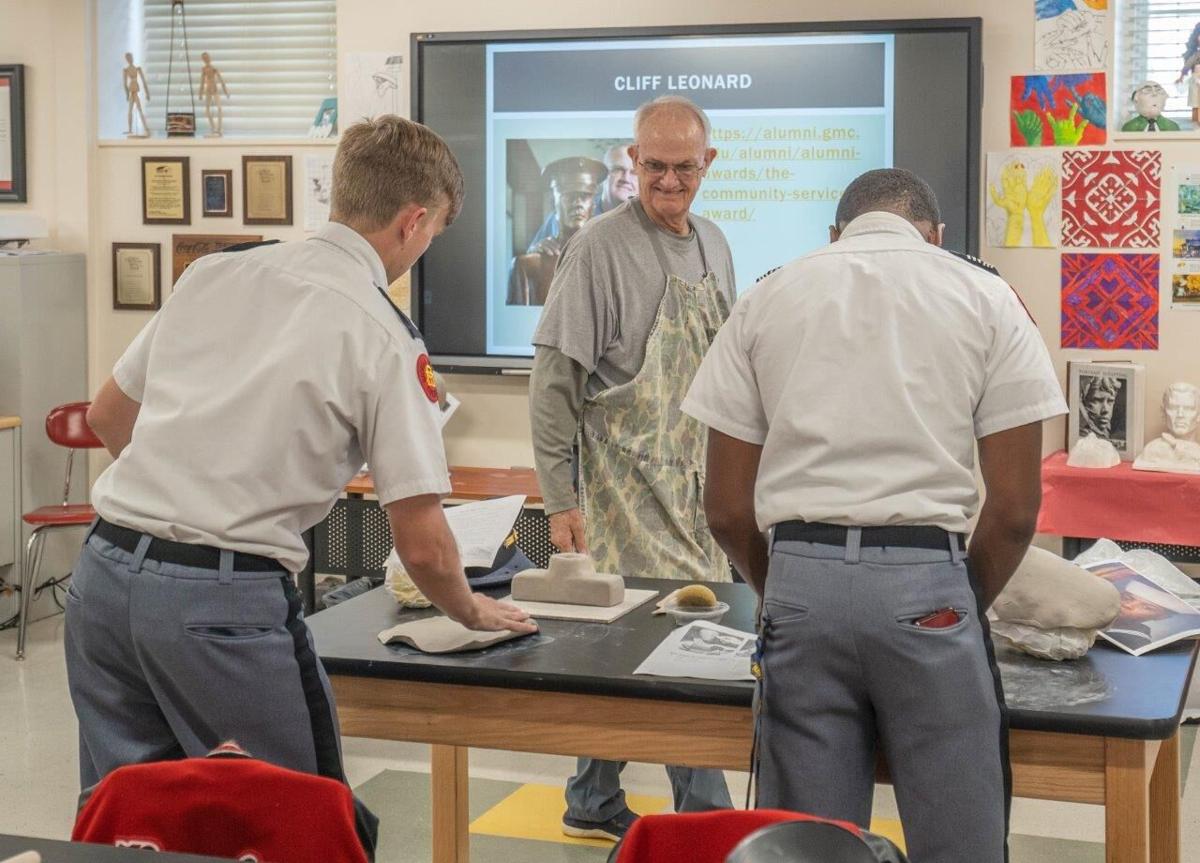 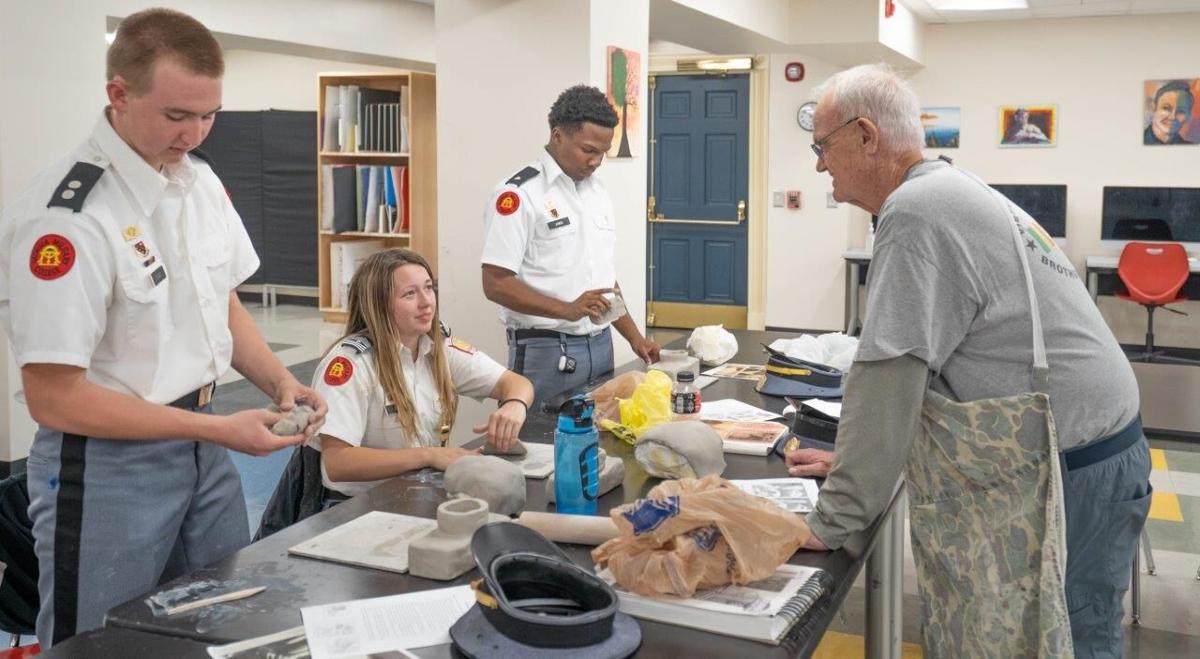 GMC alumnus (JC Corps of Cadets c/o 1965) and 2020 Community Service Alumni Award recipient, Cliff Leonard, visited Maj. Paige Barlow’s senior art class on Sept. 27-28 to inspire and assist the class with a project that is near and dear to his heart — sculpting military heroes.

Leonard began his life of service as a member of the Georgia Military College Corps of Cadets in 1964. He left in 1965 and went on to join the U.S. Marine Corps in 1966. He served in the 3rd Reconnaissance Battalion in Vietnam and retired at the rank of Lance Corporal in 1968. He then attended Florida State University, earning both a bachelor of science degree in psychology and a master of science degree in school psychology. He worked for the Hollywood Police Department, then the Florida Department of Health as a counselor for delinquent minors, and next as a school psychologist for the Duval County School System. After he retired from his career as a real estate investor, he devoted his time to serving others with his gift of sculpting.

Leonard has unwaveringly devoted countless hours to sculpting life-size busts of fallen Marines and Navy Corpsmen from Florida killed in action in the Middle East and of fellow 3rd Recon Company members killed in Vietnam. He does all of this as a gift, free of charge, as a heartfelt thank you to each family. He feels it is his call to duty to honor the sacrifice of each of these fine men and women.

Barlow’s art class was assigned with a task of choosing a veteran to sculpt, so naturally it made sense to invite Leonard to share his knowledge of sculpting with GMC Prep students. When asked why it was important for him to come share his passion with our Prep School students, Leonard said, “The primary reason I wanted to come back to was based on what these students were doing for veterans. That is really what made me want to come back and help Paige instruct the students.”

His strong passion of honoring veterans, his GMC roots, and his desire to work with students is evident in all that Leonard does.

Martha Helen Locke Sammons, 88, of Milledgeville, passed away Friday, Oct. 22, 2021. Helen was born in Dublin, Ga. on Aug. 16, 1933, to the late David Flournoy Locke and the late Mary Etta Edwards Locke. Helen lived in Atlanta, Ga. prior to marrying Mark Sammons in 1956. After marrying, the …

Margaret "Mamoo" Hawthorne Sims left this world peacefully surrounded by her husband and daughters on Oct. 20, 2021, at the age of 77 at her home in Gordon, Ga. Margaret was born to the late Howard "Bud" Hawthorne and Evelyn Lee Hawthorne on Nov. 13, 1943, in Gordon, Ga. She was the granddau…

Bobby Stewart Evans, 85, left us to be with his Master on Tuesday, Oct. 19, 2021. Graveside services will be held at 2 p.m. Sunday, Oct. 24, at Baldwin Memorial Gardens Cemetery with the Rev. Jerry Bradley officiating. Mr. Evans was born in Milledgeville on July 2, 1936, to Jesse and Erline …

Teresa Hannagan Baker, 69, of Milledgeville, passed away Wednesday, Oct. 20, 2021. Funeral services for Teresa Baker will be conducted Saturday, Oct. 23, 2021, at 2 p.m. in the chapel of Williams Funeral Home in Milledgeville, with the Rev. Larry Giles and the Rev. W.R. Connell officiating. …