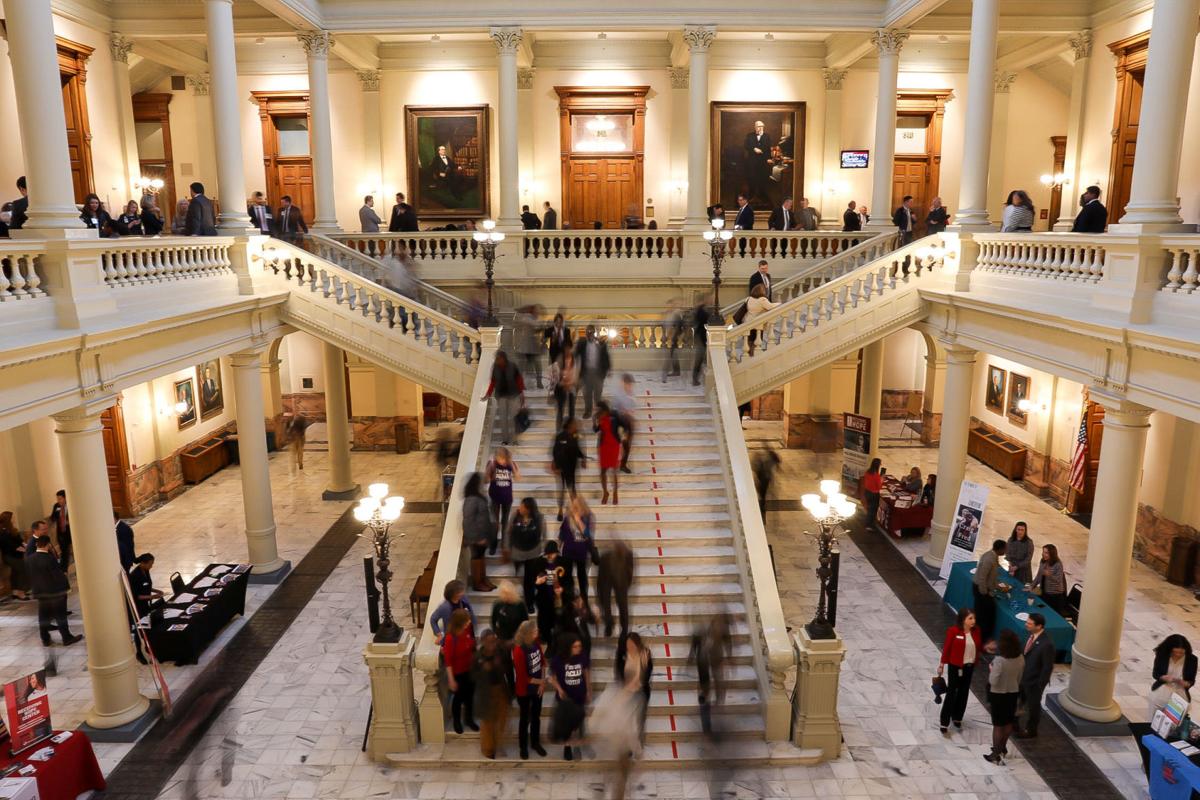 The Capitol Building bustles with lawmakers and lobbyists on the first day of the 2020 legislative session in Atlanta on Jan. 13. 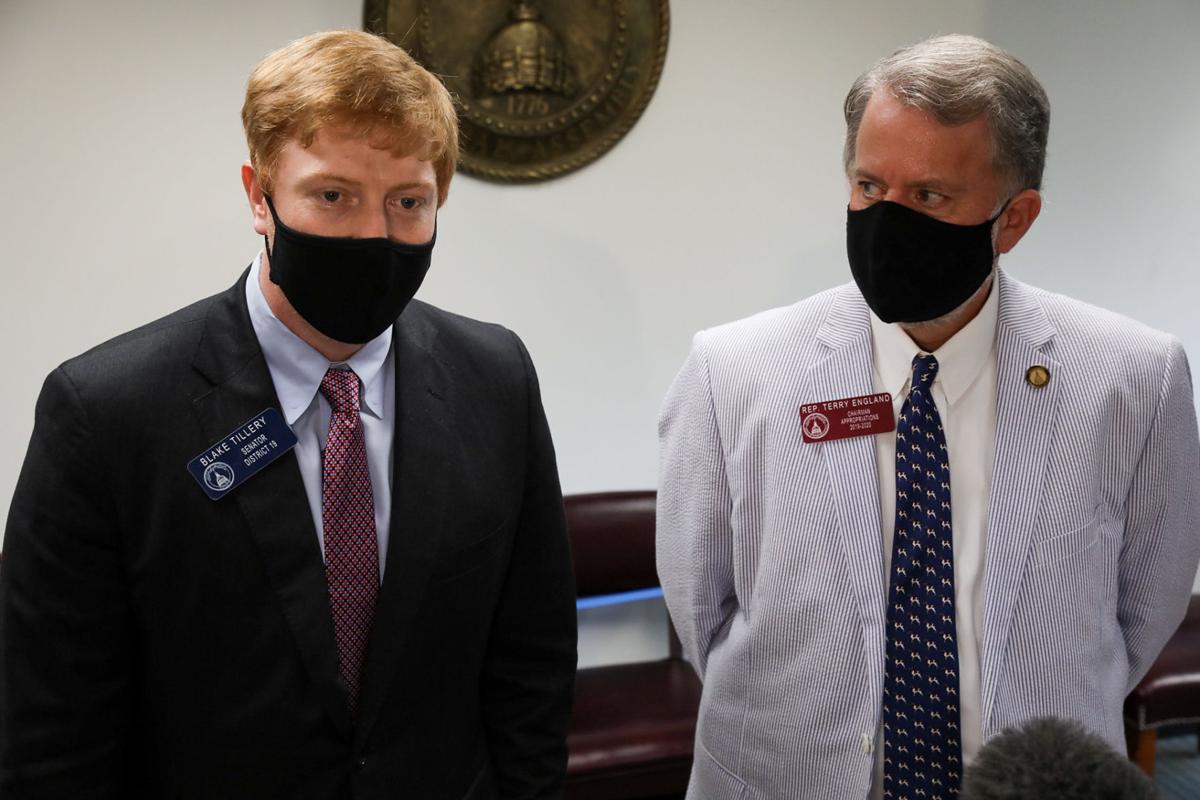 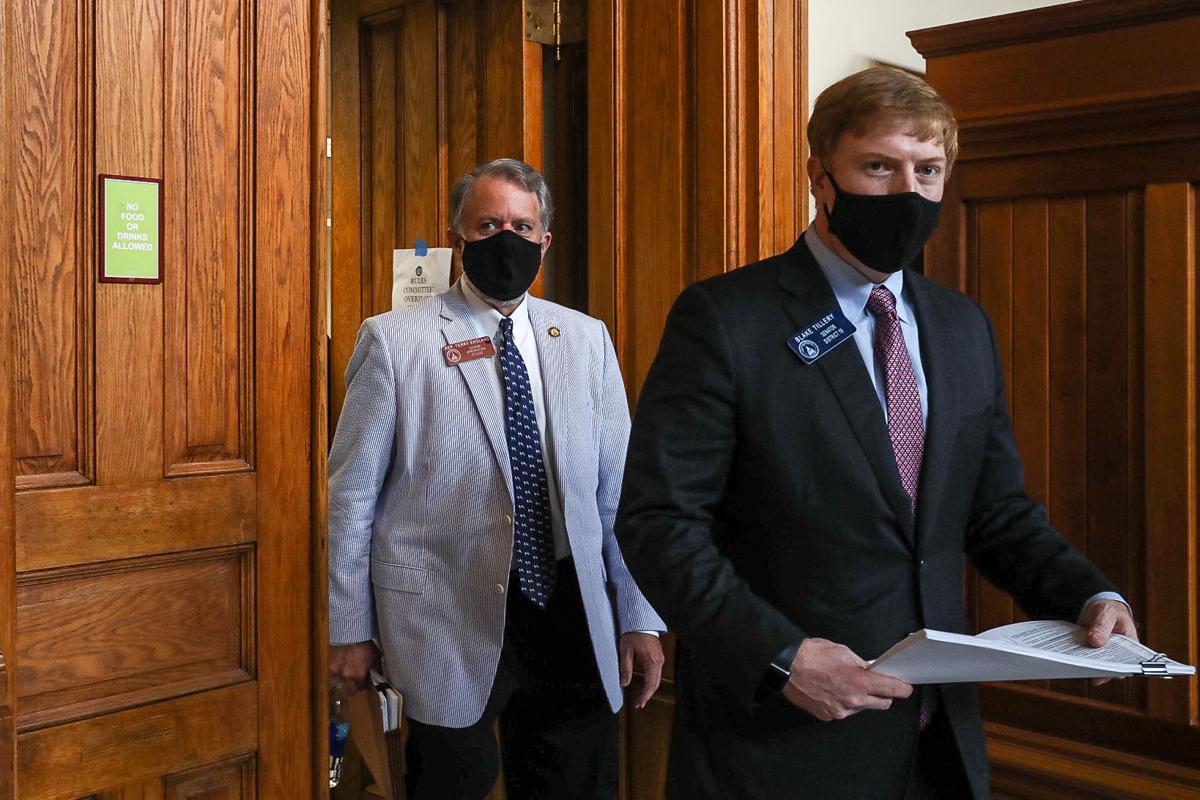 The Capitol Building bustles with lawmakers and lobbyists on the first day of the 2020 legislative session in Atlanta on Jan. 13.

ATLANTA — Facing a budget plagued with cuts amid the economic impact of COVID-19, the General Assembly passed a plan that completely eliminates furloughs but cuts $950 million from K-12 schools.

The good news for state workers comes as the tens of thousands of employees across state agencies braced for anywhere from one to two furlough days a month to account for the lack of revenue after businesses closed across the state.

But the state’s education funding formula will still face a 10% cut — or about $950 million. Education makes up 54% of the state budget.

Lawmakers got news of 1% less of a budget reduction after the governor upped his FY21 revenue estimate shortly before the final budget is required to be passed.

House Appropriations Chairman Terry England, R-Ashburn, said that 1% made a “dramatic” difference in reduced cuts that Georgians may notice on the front end of services.

The spending plan totaling $26 billion begins July 1 and cuts spending $2.2 billion to meet the revenue deficit caused by the pandemic. State agencies were originally asked to cut spending 14% which was reduced to 10% after the new revenue estimate and lawmakers dipped into the rainy day fund.

England said in the Great Recession, funds were slowly depleted. But the economic impact from coronavirus caused nearly $2.5 billion in revenue to “disappear overnight."

“It’s tough to cut 10%. There’s nothing good to say about cutting 10% out of the budget,” England said before the vote late Friday night. "But I truly believe what you have on your desk in front of you is something you can go home and be proud of."

The plan includes no furlough days for the Department of Public Health — with its staff battling the pandemic — and grants to the county health districts were restored. State troopers will also not see furlough days after concern it would pull law enforcement off of the roads.

The Department of Labor is exempt from cuts after the state's unemployment rate has more than doubled in past months.

The Senate faced harsh criticism for cutting funds for a six-month Medicaid expansion for new mothers, which Senate Appropriations Chairman Blake Tillery, R-Vidalia said the state was able to fully fund, after all. The legislation to combat the state’s maternal mortality crisis passed overwhelmingly in both chambers.

House Speaker Pro Team Jane Jones, R-Milton, said Thursday that school districts have reserve funds they can fall on as well as $457 million in federal coronavirus relief aid already in their bank accounts. She said she does not expect students to notice changes in their schools because of the cuts.

Tillery — who called the cuts “deliberate” — said schools have about $3.2 billion in reserve funds — more than the state at the current moment.

In the final budget, pre-K and the HOPE program are fully funded as lottery sales have remained strong. Budget writers returned funds earmarked for school transportation.

“We worked to make sure we aligned our budget with your priorities,” he said. "And I hope we’ve done that.”

But Democrats claim the state is in a worse situation than it would have been after years of tax cuts and no additional revenue streams.

“As we look at this budget, we have to realize the road we’re going down. Not all the cuts in all of the places we are here today is due to the budget,” Senate Minority Leader Steven Henson, D- Stone Mountain, said before the Senate vote. “ …. The tax cuts of the past have put us all in a very vulnerable position.”

In both chambers, Democratic lawmakers said their Republican colleagues were too focused on cutting and not sourcing additional revenue.

Senate lawmakers tried to tack on a raise of the state’s tobacco tax to legislation in the last few days of session, which House leaders shot down.

But England argued even if corporate tax breaks were reduced and the tobacco tax increased, the state wouldn’t recognize the added revenue for at least another year.

Funeral services for Frances Hess Patrick, 87 will be conducted Sunday, Sept. 27, 2020, at 2 p.m. in Williams Funeral Home Chapel with Dr. Jerry Pickard officiating. Interment will follow in Baldwin Memorial Gardens. The family will receive friends at the funeral home Sunday from 1 p.m. unti…

Calvin Grimes, 77, of Coopers, passed away Sunday, Sept. 13, 2020. Memorial services for Mr. Calvin Otis Grimes will be held at a later date. Son of the late Murray Allan and Zelma Taylor Grimes, Mr. Grimes was a native and lived most of his life in Milledgeville before moving to Coopers. Mr…