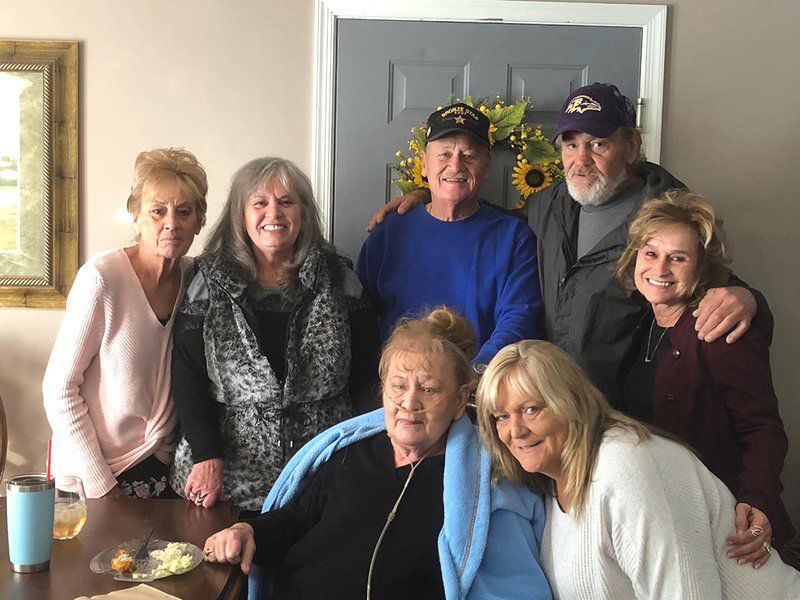 Contributed photoRaymond Meeks, center of back row, meets with several of his newfound brothers and sisters. 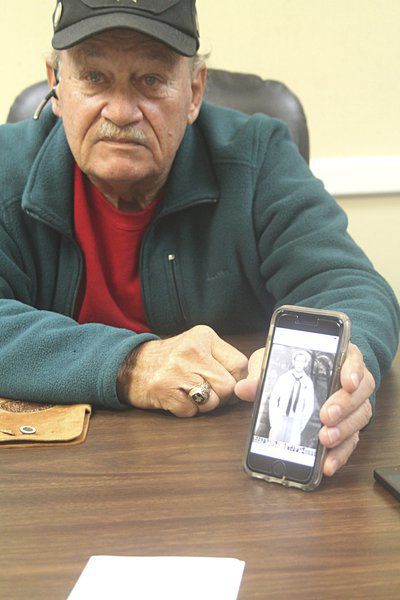 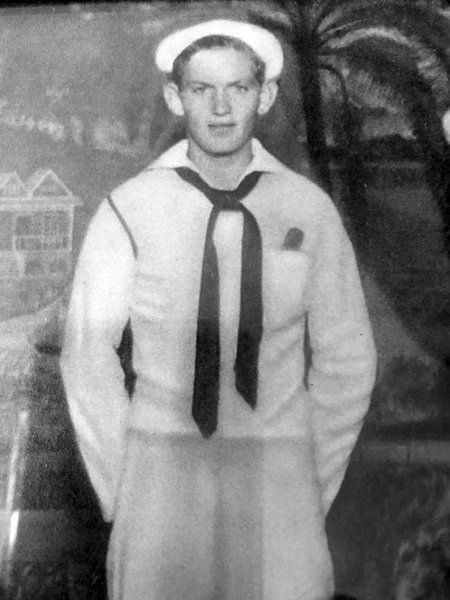 LAKE PARK — One day, Raymond Meeks was a 73-year-old veteran, a retiree from a police career who had grown up an only child.

The next day, he found out he was Raymond Dale Gray, a man with nine brothers and sisters and different parents than he remembered.

"I was awed," he said of the moment when he was told he had siblings and a family he was unaware of.

Meeks' story is a tale of mystery, of a life on the run without knowing it and of a father's fruitless quest to find his son.

Raymond Meeks was born Jan. 9, 1946, in Baltimore, Md., and grew up in the household of Katie and Charles Meeks. He recalled a life in which the family constantly moved — "We would live in three or four houses in each town," he said.

By age 7, he and his family were in Appalachicola, Fla., where he started elementary school. Later, the family moved to Betterton, Md., then to Colonial Beach, Va.

Along the way, he had suspicions that something wasn't quite right.

"There was always some doubt. ... People mentioned how I didn't look anything like my folks," Meeks said. "They both had dark black hair and here I was with brown hair."

Constantly moving from town to town made it hard to make lasting relationships, he said.

Entering the Navy, he served in Vietnam from 1966-70, working in scuba operations and earning a Bronze Star.

Needing a birth certificate to get into the Navy, Meeks was told by his parents that he was "born in a house, not a hospital," so no birth certificate had been issued. He had to get a provisional certificate by submitting documents such as his mother's Bible, Boy Scout records and the like.

Following the Navy, he began a career in law enforcement, serving with the U.S. Park Police in Washington, D.C., for 20 years.

After that, he moved to South Georgia, where he served with police departments in Hahira, Lake Park and Valdosta before retiring.

Along the way, he married Diane Meeks, who worked as a teacher at Lowndes Middle School. She died in 2008 after 27 years of marriage.

Five years ago, Raymond Meeks submitted a DNA swab to Ancestry.com in an effort to find out more about the Meeks family. The company told him there was some Scandinavian blood in his past.

"I didn't think much about (the DNA test) after that," he said.

Then, a few weeks ago, the world changed.

It was at that point he received a phone call.

"The woman on the other end said 'This isn't a prank or a scam, but you're the brother of my husband,'" Meeks said.

The DNA test had linked him with a family he never knew, and unravelled the cloud over his past.

The father shipped out for duty; the mother decided to give the child away.

The "adoption" was quite unofficial; Thelma didn't use an adoption agency or notify the authorities. She simply gave the baby away to a couple, Meeks said.

"We don't know how she knew (Katie and Charles Meeks)," he said.

When Nelson Gray left the Navy, he searched for his son by Thelma. He also married another woman, began an auto body shop business and started a family.

At one point, Gray made contact with the Meeks family, who told him they would give Raymond over to him. But when he showed up at their door in Baltimore, they had moved.

A lifetime of moving town-to-town was an effort by his parents to stay one step ahead of Gray, Meeks said.

"He wanted to be able to turn over his business to his oldest son, and he never stopped looking for me," Meeks said.

Meeks said he harbors a little bitterness toward his adoptive parents over the secret they kept, never telling him he was adopted.

Meeks suddenly went from being a widower with one daughter and one granddaughter to one of 10 siblings; he now has six sisters and three brothers.

Charles, the brother whose wife called him, has the same mother, Thelma, as Meeks. In fact, the brothers are first cousins as well; their fathers were brothers.

All of the others are related to Raymond Meeks through their father, Nelson Gray.

"I'm going to try to get to know my family, because they're still mostly strangers to me," he said.

Meeks has already met with some of his brothers and sisters, and said he will probably travel to Baltimore, where they live, again in the future.

Charles, meanwhile, is coming down to Lowndes County for a visit soon, Meeks said.

Terry Richards is senior reporter at The Valdosta Daily Times.