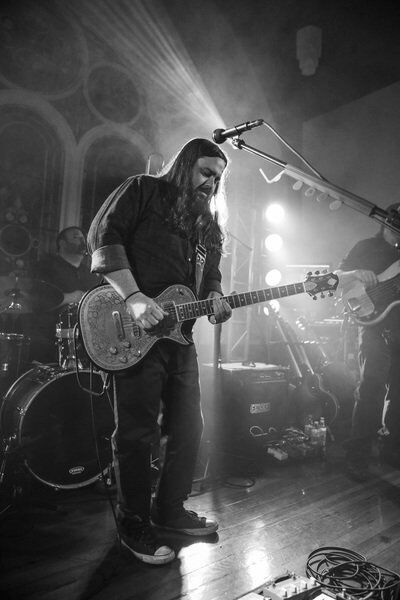 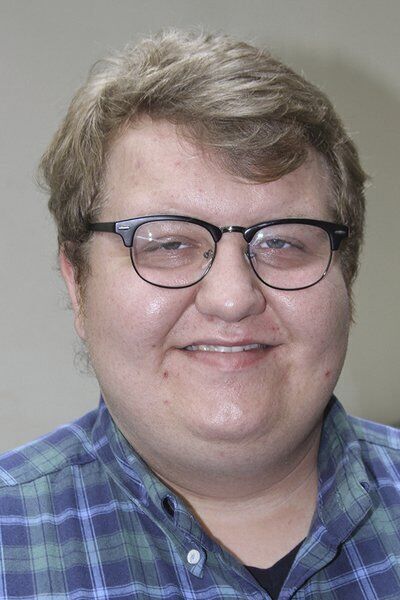 As my editor has pointed out, we’ve had a lot of deaths in the column recently. Between the 27 Club, the murder of Young Dolph and remembering the assassination of John Lennon, I think it’s time to step away from some of that.

For this issue I would like to feature a local artist by the name of Derrick Dove.

I was able to interview Dove over the phone. He is currently fairly busy with home life and playing in four bands. One of which includes his passion project, Derrick Dove & The Peacekeepers. Obviously, there were some scheduling conflicts at first. I had to reschedule at first then he had to. We then had to schedule a morning interview over the phone. But it was fairly late in the morning because Dove informed me “he had a party to go to and wouldn’t be available until after 11.”

“What kind of party are you going to at 9 o'clock on a Friday morning?” I asked him during our interview.

“My daughter had a school party. They’re about the only parties I get invited to nowadays,” Dove chuckled.

Dove spends his days as what I would say is a stay-at-home dad. But staying at home is certainly not the best way to describe him. Dove performs about “three to four times per week.” Along with this, Derrick Dove & The Peacekeepers are currently at work on their second full-length album, set to release next year.

“I was raised around music. Growing up, our living room was his practice room. There were always records, guitars, drums or something musical around,” he said fondly.

Dove first began playing drums at the age of 10, he said. By 12, he moved to guitar. He formed his first band at the age of 15 called Steel Roots. While Steel Roots didn’t last long, it certainly made an impression on the churchgoers where they often played.

“I remember we were playing at Wednesday night revival and almost got kicked out,” he said. “We started playing 'House of the Rising Sun' and for some reason the congregation didn’t appreciate it.”

“Our first-ever gig we won the Fire Ant Festival in Ashburn. We only knew two songs because they told us that’s all we’d be allowed to play. Just before going on, another band dropped out. So we had to play three songs. We were backstage learning a third song minutes before we were about to step on stage for our first time. ... Between three 16-year-olds that money lasted about a week,” Dove said.

Dove grew up on the rock, blues and pop that defined many generations. At 38, Dove’s musical influences include groups like Bob Seger and The Silver Bullet Band, Stevie Ray Vaughn, the Eagles and the Beatles.

“I was the kid in the sixth grade that listened to Little Richard records, had a mullet and wore a Jimi Hendrix T-shirt to school.”

He would go on to quit Abraham Baldwin Agricultural College to play guitar for a group known as the Michael Stacey Band. He continued to tour with them until 2007.

“I kinda fell into the role but it was great. I had a blast. I was, well, we were all young and having fun and playing music. That’s what it was about. It’s all it’s ever been about,” Dove said.

In 2009, he married his wife, Kimberly, and moved to Nashville. But Dove was not impressed with the industry in the Music City.

“It’s about who you know, not what you know,” Dove said with a tinge of disappointment.

By 2010, the family had moved back to Georgia and Dove opened a gold and silver business in Thomasville. His family had three when he was growing up so he was fairly familiar with the operation. During this time he formed his group, Big Brother’s Boombox. What Dove describes as his “party band.”

“We do weddings, corporate events and things like that,” he said.

Boombox has continued to operate since 2010. In 2014, Dove made the decision to pursue music full time.

“I closed the shop about one week after my daughter was born. It was a bit nerve racking but I knew, I had always known, that it was what I wanted. I have been lucky to have a family that has supported me.”

Along with Boombox and The Peacekeepers, Dove performs infrequently with a Lynyrd Skynyrd cover band, Swamp Music and performs about “once or twice a month” as the bass player for the Kinchafoonee Cowboys.

In 2018, Derrick Dove and The Peacekeepers released their self-titled, first full-length album. They saw some success early on as they reached fifth on the Itunes Blues Charts and had opening gigs for groups such as Striper, Drivin and Cryin, and Blackberry Smoke. The Peacekeepers are made up of four members: Dove himself on lead guitar and vocals, Don Hill III on bass, Jamie Richardson on drums and Johnathan Thomas on keyboard.

2018 seemed to be a great start for The Peacekeepers until tragedy struck Dove and Hill. Dove’s father passed away as well as Hill’s wife.

“We just took a break after that,” Dove said. “It’s not something you can just bounce back from. Then everything else happened and we’ve just been able to get this second album together.”

The new album is to be dedicated to Dangerous Don. All the songs were written after he had passed and Dove said, “there are just things you go through that, that just can’t be said. If they can’t be said, it’s a bit easier to put them into music.”

Dove said that he is happy with where he is with his life, career and musical opportunities.

“Everyone’s got their own version of success. I stay home with the kids and I play music overnight. That’s success. For a while I wasn’t sure if I was going to be able to do music full time. But here I am. Playing and singing. I call that a success. I’m not trying to be rich, although I wouldn’t mind it,” Dove laughed.

“I’m trying to make a living playing music that I wrote. Copying someone else’s work is fun. We’re a good band but playing that original stuff, that’s the art. I’d like to write a song that touched them. I remember those songs. Those kinds of songs are what have stuck with me. I just want people to enjoy my art,” Dove said.

Nine songs are set to appear on The Peacekeepers new record next year. A release date is to be announced later, Dove said. I know for sure I’ll be looking to get into that album launch party.

If you’d like to find more on Dove including his other projects you can find him on derrickdove.com, bigbrothersboombox.com or by searching Derrick Dove on Facebook.

Jack R. Jordan is a reporter with The Moultrie Observer.