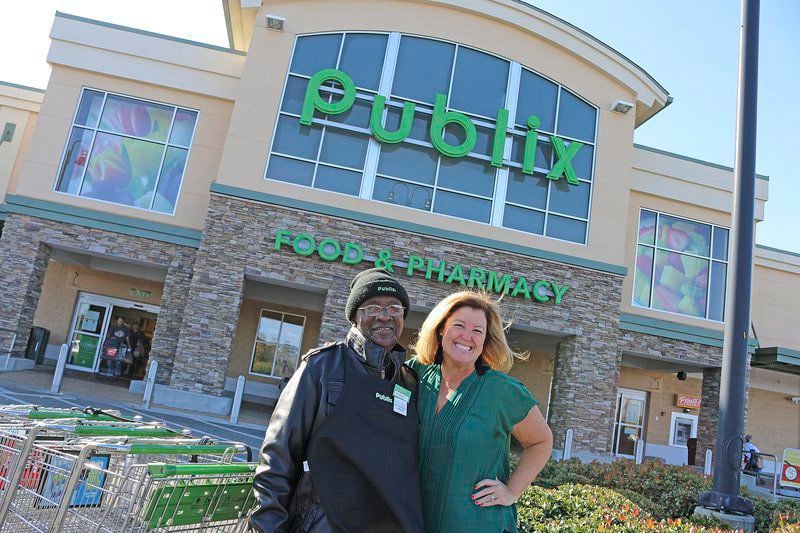 Derrek Vaughn | The Valdosta Daily TimesBeth Baker stands in front of the Publix on Inner Perimeter with Robert Morgan. Morgan is one of the many employees who helped Baker look for her lost wedding rings in the store. 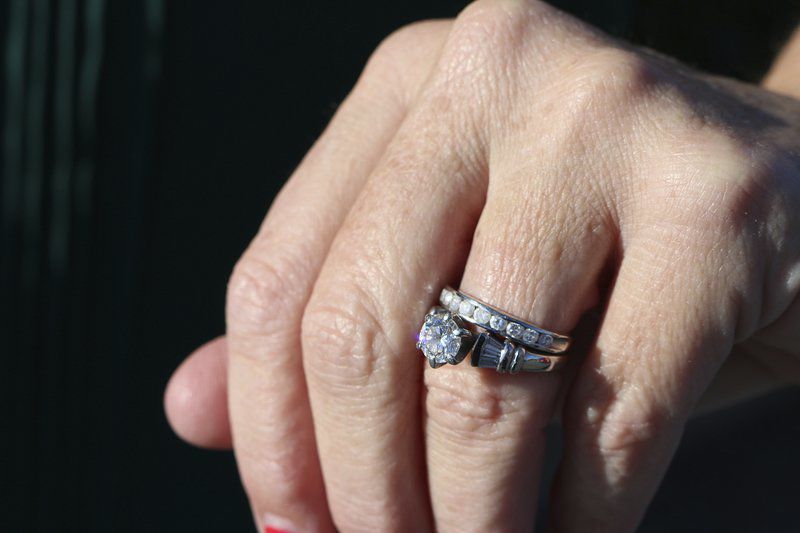 Derrek Vaughn | The Valdosta Daily TimesBeth Baker said she is thankful to have her wedding rings back.

Derrek Vaughn | The Valdosta Daily TimesBeth Baker stands in front of the Publix on Inner Perimeter with Robert Morgan. Morgan is one of the many employees who helped Baker look for her lost wedding rings in the store.

Derrek Vaughn | The Valdosta Daily TimesBeth Baker said she is thankful to have her wedding rings back.

VALDOSTA — When Beth Baker lost her wedding rings inside Publix on Inner Perimeter Road, she was sure she would never see them again.

She'd just left a funeral and was wearing a dress and heels, which is beyond her typical attire, and planned to make a quick trip in the store.

While helping a bagger getting sodas from the bottom of her cart, they heard the sound of her rings hitting the floor.

“I've lost weight and haven't had my rings resized yet,” Baker said. “I found my anniversary band between my feet but couldn't find my wedding set.”

What happened next was something that not only caught Baker off guard, but restored her faith in humanity.

Everyone around her, including the cashier, bagger and Publix managers, stopped what they were doing and began a frantic search.

“Over 20 people stopped to look for almost an hour,” Baker said. “Even a mom who had a baby and a toddler with her was on her hands and knees helping me look.”

The police were called but the search turned up nothing. Baker was devastated and sat on a bench inside the store as a cashier held and consoled her.

Following the search, Baker went to every pawn shop and jewelry store, handing out fliers and took to social media to ask for help in her search.

“Everyone I came across in this ordeal was so great,” Baker said.

Miraculously, when she returned to Publix to take a flier, the manager let her know that someone had found it in the grocery bag but was not asking for the reward that Baker offered.

“She said she was very glad to return my ring and was delighted that I was so happy to have it back,” Baker said.