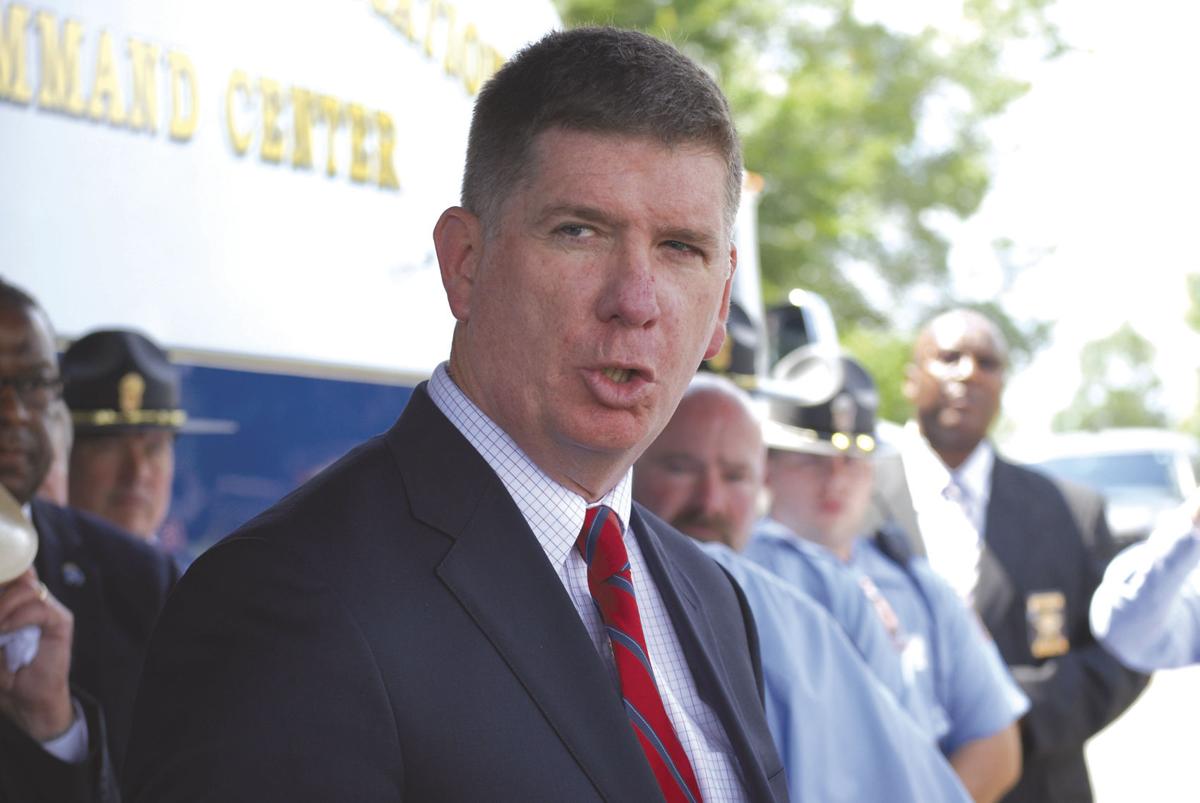 David LeValley, special agent-in-charge of the Atlanta field office of the FBI, speaks at Thursday press conference about the case involving the two prison escapees. 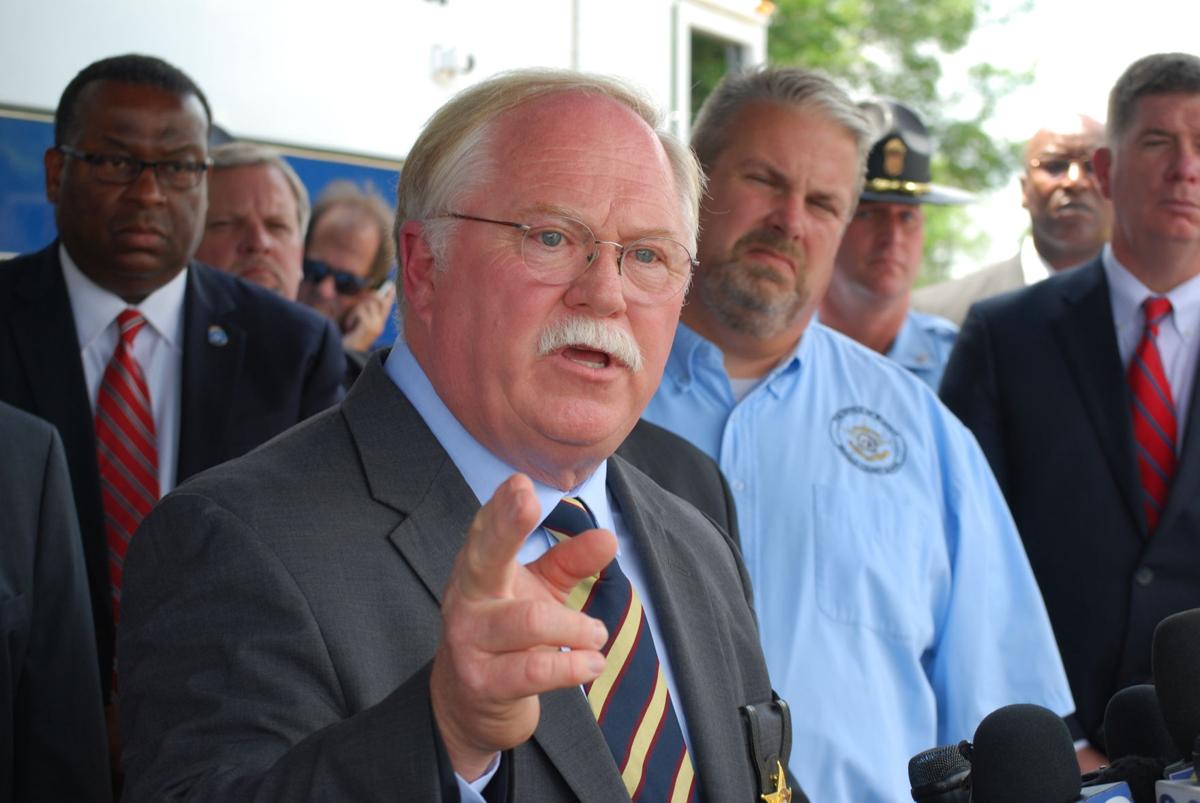 David LeValley, special agent-in-charge of the Atlanta field office of the FBI, speaks at Thursday press conference about the case involving the two prison escapees.

While local, state and federal law enforcement authorities continue their manhunt for two of the most sought-after criminals in America the reward for information leading to the arrests of the escapees continues to grow.

The reward had increased to $130,000 as of Thursday afternoon.

As has been the case since the manhunt began Tuesday morning shortly after Donnie Russell Rowe, 43, and Ricky Dubose, 24, shot and killed Georgia Department of Corrections Officers Sgt. Bruce Billue, 58, and Sgt. Christopher Monica, 42, both of Milledgeville, authorities have reached out to the public for help.

Such assistance has become paramount in finding the men authorities say are responsible for what they have described as the brutal murders of the veteran state corrections officers.

The guns issued to Billue and Monica by the state — 9mm pistols — are believed by authorities to have been the same weapons used by the inmates to murder the officers.

“The first thing I want to say is let us all think about, and I want to express sympathies to the families of both of the corrections officers that were murdered,” said Putnam County Sheriff Howard Sills during a noon press conference Thursday at the Morgan County Sheriff’s Office in Madison.

Sills, who is leading the double-murder investigation with assistance from the Georgia Bureau of Investigation, as well as the FBI and many other agencies, explained how the corrections officers met their deaths.

“Early Tuesday morning, a Georgia Department of Corrections bus was traveling through Putnam County, and at that time two prisoners overpowered the two officers operating the bus,” Sills told more than two-dozen reporters covering the story that has gained national attention. “They brutally shot those officers multiple times. They then carjacked an individual who was nothing more than a passerby — took his car and fled from the scene.”

Authorities have not disclosed details of what they have learned thus far regarding how the escapees managed to overpower one of the corrections officers and then the other one, who was driving the bus at the time.

The bus was en route to the Georgia Diagnostic and Classification Center near Jackson with 33 inmates. It had departed from Baldwin State Prison earlier Tuesday and went to Hancock State Prison near Sparta before continuing the planned route to Jackson.

The car stolen from the Putnam County man, a 2004 Honda Civic, was discovered in a wooded area behind the Rite Aid drug store in Madison Wednesday afternoon.

“It was found less than a mile from where we are,” Sills said, noting that a nearby house was ransacked during a burglary a few minutes after they left the car there. “We know a burglary was perpetrated by them. We know the evidence left at the scene that a residence nearby where the car was abandoned, around 10 a.m. or 11 a.m. that morning (Tuesday).”

Authorities now have evidence linking the two escapees to a white Ford F-250 pickup stolen truck from a rock quarry about nine miles east of Madison.

“That happened we now know around 10 or 11 o’clock Tuesday night,” Sills said.

Where the escapees went from there, authorities do not know.

“We are heavily dependent on the citizens of this state and other states possibly letting us know,” Sills said.

The veteran sheriff said in his law enforcement career, which spans 43 years, he has not seen a reward for capture reach as high a figure as this case.

“I have never seen a reward that large,” Sills said. “I’ve worked in metro areas, rural areas around this state, and I have never [seen] this level of assistance in my career — literally every law enforcement agency in this state – local, federal and state. This is the greatest effort I have ever seen. And it’s not just because of the crime. It’s because the public is in great danger. These are dangerous, seriously dangerous, vicious hoodlums that need to be apprehended.”

Sills wasn’t the only one who discussed the case with reporters during Thursday’s press conference.

“I just wanted to talk a little bit about the working relationship that we have,” LeValley said. “Sheriff Sills alluded to it. You can see behind me the unified effort with which we are pursuing these two individuals.”

From a federal standpoint, LeValley said the FBI, U.S. Marshal’s Service, and ATF are working closely together, especially as the search for the two escapees expands.

“This Day 3,” LeValley pointed out on Thursday. “And we are aggressively, as a unified body, and a unified group here pursuing them whether that’s here in the state of Georgia or if they’ve left. It has become a nationwide search for these two individuals.”

LeValley reiterated that the public’s help is needed.

“We need the eyes and the ears of everybody – really in this country to be on the lookout for these two individuals,” LeValley said. “We are following up on tips and leads now. They do continue to come in and we are pursuing these individuals.”

“We want to remind the public that these two individuals are considered armed and dangerous, and if anybody should see them or see one of them, it would be appropriate to dial 911 immediately and report that to the police or sheriff’s (offices) of the jurisdiction they are in,” LeValley said. “We continue to press this. We bring all the federal assets to bear on this and try to accomplish what we need to do, and that’s to protect the communities in the United States. These are two individuals that as long as they are out, they will pose a threat to the communities they are in.”

Georgia Department of Corrections Commissioner Greg Dozier recalled that he came to the crime scene Tuesday not long after he learned what had happened.

“And the pain and anguish that was in the toes of my feet went up to my heart,” Dozier said. “As that day went on, and I learned more and more about these two officers, and met their families, the impact of these cowardly acts is far reaching.”

Dozier asked everyone to remember the slain officers.

Dozier said both men impacted their communities, their families and the agency they worked for.

“We will miss them deeply, and we cannot replace them,” Dozier said. “It is a shame that two individuals would be so cowardly to do this to this community and these families.”

Ethel Lee Elliott Smallwood, 90, of Shady Dale, passed away Wednesday, Sept. 15, 2021, at her residence. Ethel Smallwood was born and raised in Shady Dale, Ga. to the late Charlie Walker Elliott Sr. and Magnolia Rogers Elliott. Ethel moved to Milledgeville in 1952 and married the late Robert…

The death of Marjorie (Marge) Veal Smith occurred Tuesday, Sept. 14, 2021. Services will be held at 11 a.m. Saturday at the chapel of Moores Funeral Home with the Rev. Mac Enfinger officiating. Private burial will follow at Memory Hill Cemetery. Ms. Marge was a native of Washington County an…