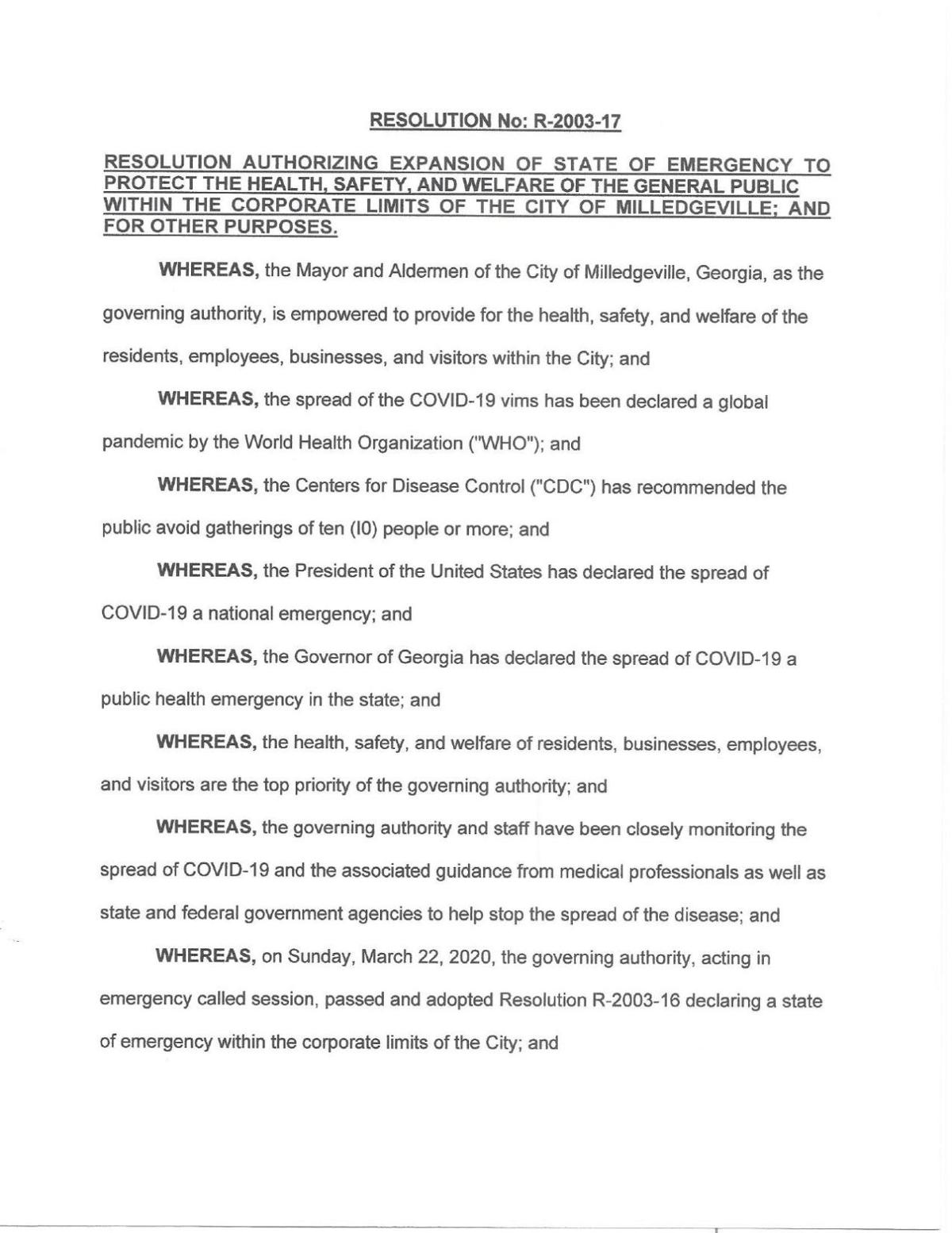 The meeting was the second one in less than a week at city hall. City officials met Sunday and adopted a state of emergency declaration similar to what many cities have enacted across the state in an attempt to stop the spread of the virus for which there is no cure or vaccine.

“What you have in front of you, this supplemental ordinance R-2003-17, has come about as a result of the things that continue to change, and seeing what other communities are doing around the state, particularly local governments and what they are doing,” Jordan told Mayor Mary Parham-Copelan and city council members before they voted to approve the ordinance.

The vote was 5-0-1 with Alderman Steve Chambers, who owns and operates a local business, opting to abstain from the vote.

Those supportive of the latest ordinance, which will cease all dining operations inside restaurants located within the city limits of Milledgeville, along with other restrictions including the closure of non-essential businesses, incliuded the following city council members: Jeanette Walden, Dr. Collinda Lee, Denese Shinholster, Walter Reynolds, and Richard “Boo” Mullins.

“We have spent, and say we, the mayor, Hank and myself, have spent the last two days trying to survey what everybody is doing, and taking into account some suggestions that were made at the last meeting that we had on Sunday when you initially declared and adopted the state of emergency resolution,” Jordan said. “We’ve also had an opportunity to look at the emergency declaration that the county issued earlier (Wednesday).”

Baldwin County Commission Chairman Henry R. Craig declared a second state of emergency that took effect at 12 p.m. Wednesday. It was the second such emergency declaration issued by county commissioners since Sunday.

Jordan explained during Wednesday’s city council meeting that city officials had received some telephone calls from various businesses who seemed confused about the ordinance now in place by the county.

“Obviously, it’s what this body adopts that is pertinent to anybody living or doing business in the city of Milledgeville,” Jordan said.

Jordan said it included a total of 12 sections.

He told city council that he wanted to take as much as they needed to go through it in a summary format and then they could ask questions of him regarding it.