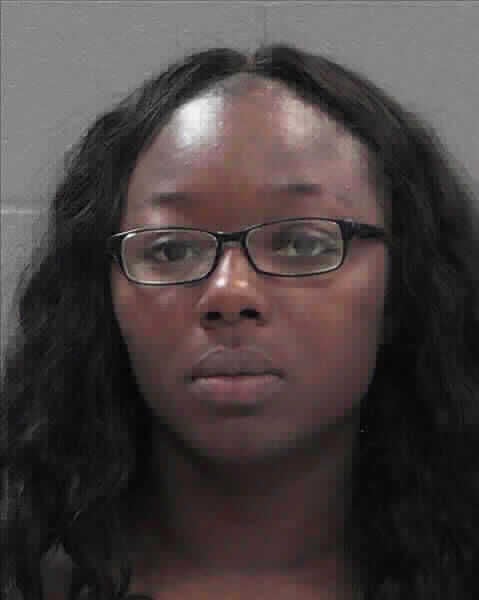 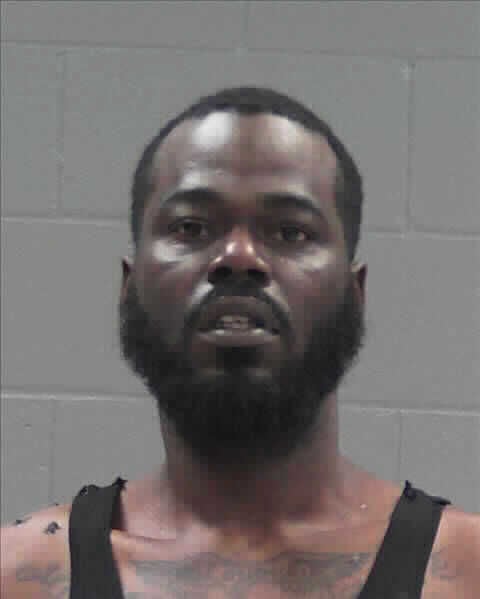 A Milledgeville man and woman who ran away on foot following a car chase with a deputy sheriff Friday afternoon were caught a short time later by a detective and drug agents.

Fortunately, no one was injured in the chase, which went through The Milledgeville Manor Apartments, as well as other neighborhoods.

The suspects were identified as Shedrick Quante Green, 34, and Jada Mederia Wesley, 25, both of the 100 block of Davis Drive, according to an incident report filed by Baldwin County Sheriff’s Office Deputy Jerome Roberts.

Green was arrested on the following charges, according to jail records: fleeing and attempting to elude a police officer, driving while license suspended, reckless driving, failure to stop at a stop sign, window tint violation, and obstruction of a law enforcement officer.

Wesley, meanwhile, was arrested on an outstanding warrant for criminal trespass and for obstruction of a law enforcement officer. The latter charge is directly related to the car and foot chase case.

After being arrested, they were both taken to the Baldwin County Law Enforcement Center where they were jailed.

Roberts said he attempted to conduct a traffic stop on a 1998 Honda Accord because of a window tint violation during the noon hour. The deputy said as he walked up to the driver’s side of the car, the driver sped off.

“I then advised Baldwin County dispatch that I was in a vehicle pursuit,” Roberts said.

The attempted traffic stop was made near the intersection of South Jefferson Street and Barnes Avenue, Roberts said in his report. The deputy said he turned on his blue lights and later his siren in an attempt to stop the driver of the car, but the driver kept going into the Jefferson Street side of The Milledgeville Manor Apartment complex.

“While driving through The Manor, the vehicle accelerated over the speed bumps without slowing down,” Roberts said. “As we approached the Elbert Street side of The Milledgeville Manor, another vehicle was approaching us. The driver of the white Honda Accord drove onto the curb and began driving down the sidewalk.”

After a short time, the driver managed to get back onto the roadway, the deputy said. The car later ran a stop sign at the intersection of South Elbert Street and Barnes Avenue. The driver of the car, later identified as Green, continued to travel along North Elbert Street before it made a left turn onto Coombs Avenue, again without stoping for the stop sign in that area.

Roberts said he decided to go to Wolverine Street at Thomas Street in an attempt to head off the fleeing car. Once the deputy headed-off the car, the driver stopped and then ran away on foot.

Beckham chased the suspect on foot, while Roberts said he headed off the suspect in his patrol car.

Agents Corey McMullen and Andrew Lamp with the Ocmulgee Drug Task Force, meanwhile, assisted in the foot chase, too, and actually managed to take down Green. The suspect was immediately placed in handcuffs.

Roberts said he later learned from a third person in the car who the front seat passenger was that ran away. The woman was identified as the aunt of the woman being sought, and told the deputy she was in the backseat of the car during the chase.

There were no charges filed against her.

Wesley since has been arrested on the warrant, as well as an unrelated charge in connection with the car chase case.

Jennie Bell Snider Medlin, 84, passed away Wednesday, June 24, 2020. Graveside services will be held at 11 a.m. Monday, June 29, at Posey-Medlin Cemetery with the Rev. Eddie Windom officiating. Mrs. Medlin was a native of Sandersville but made her home in Milledgeville. She was a retired LPN…