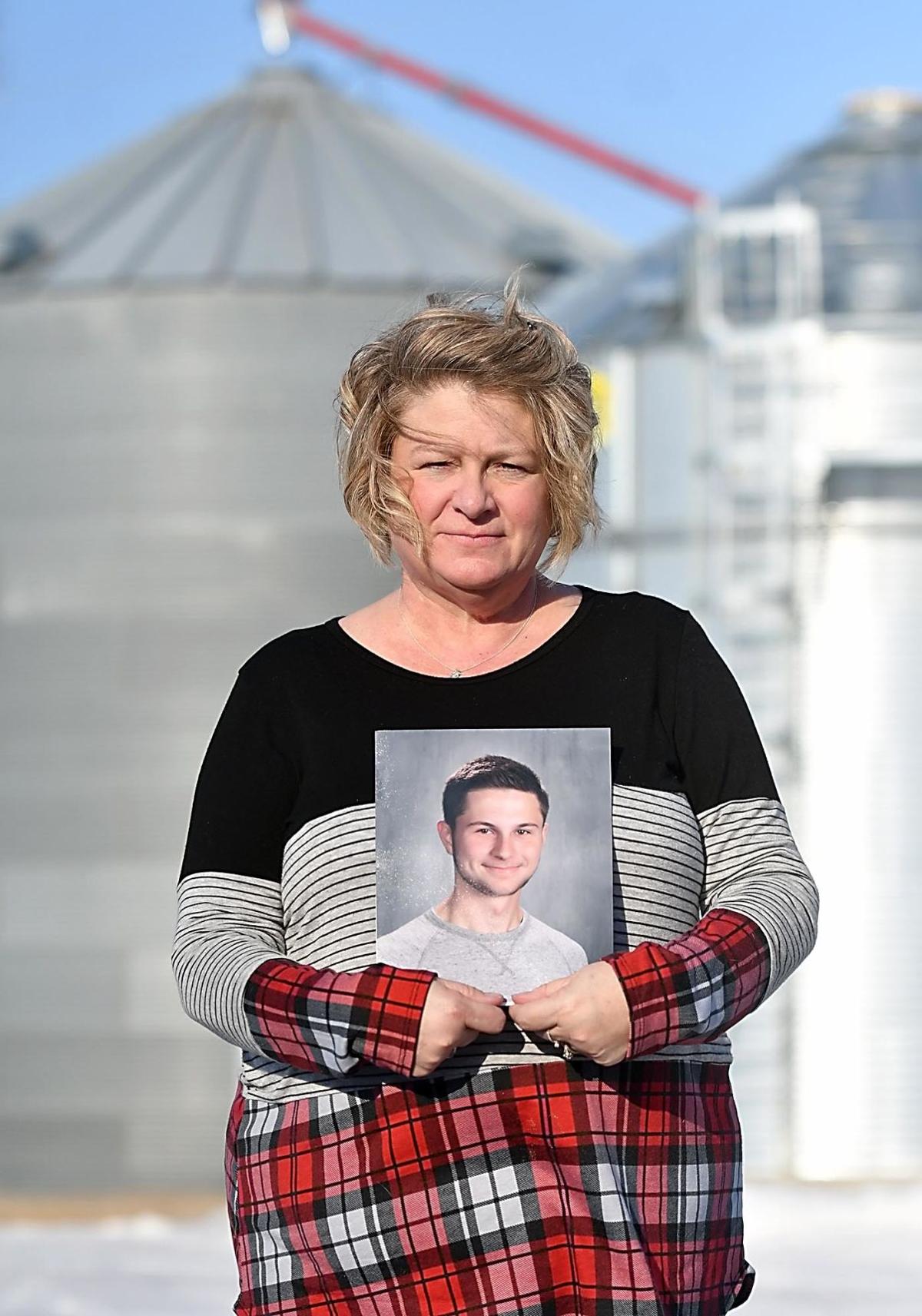 Michele Gran plans to advocate for more safety features in and around grain bins this legislative session after her 18-year-old son, Landon, died in August inside a grain bin two miles south of his home in Norseland, Minnesota. Landon is one of at least nine people who died in grain bin-related incidents since July. 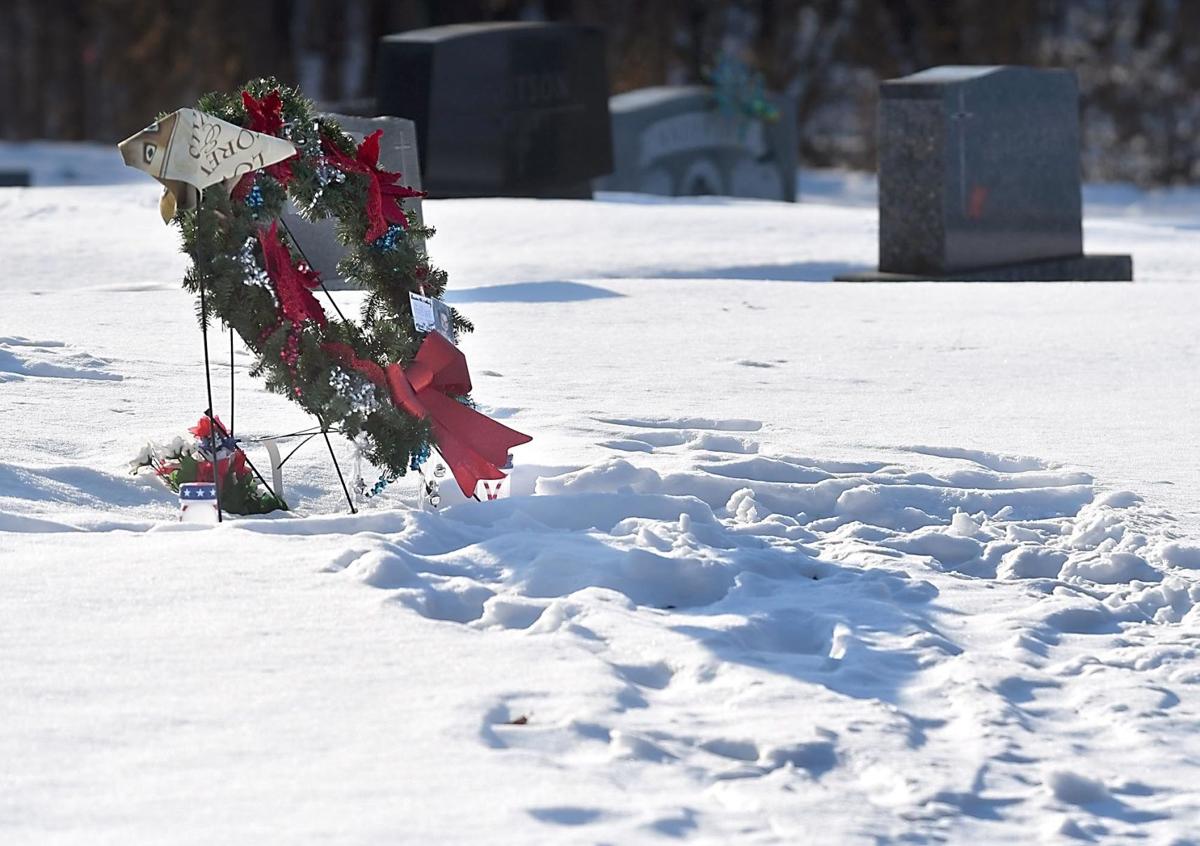 Family and friends mark Landon Gran's gravestone with a wreath and a flag at a cemetery east of Norseland. Landon's mother, Michele, said his friends continue to visit after he died inside a grain bin Aug. 14. 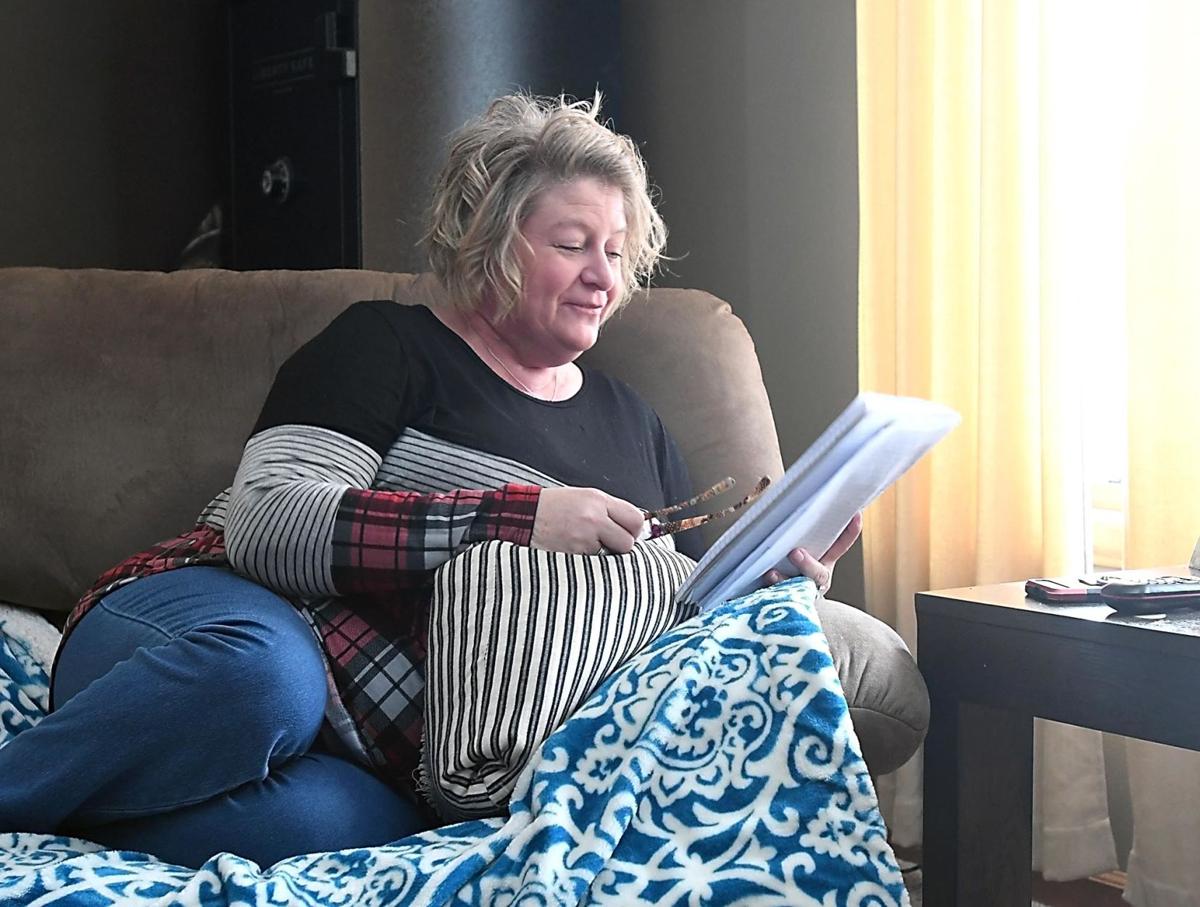 Michele Gran reads a list of safety regulations, from mandating two people working on a grain bin at all times to licensing grain bin operators similar to hog and dairy farmers, that she’d like to see Minnesota and the federal government adopt. 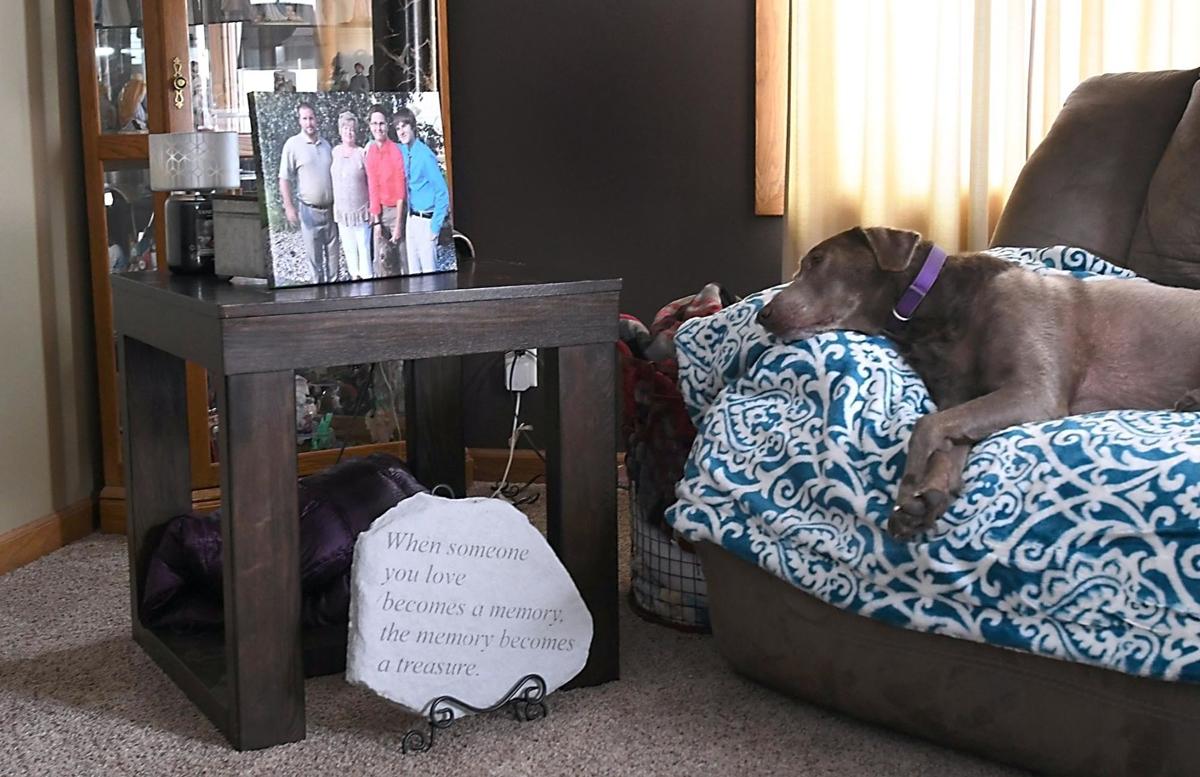 Marley, one of the Gran family’s dogs, lies near a photo of David, Michele, Landon and James Gran. After Landon died last August, Marley has lost most of her fur and refuses to go near Landon’s room.

Michele Gran can clearly remember telling her son not to go to work on Aug. 14 of last year.

Landon Gran, 18, suffered a sore back from farm work at a nearby operation two miles south of the Grans’ farm in rural Norseland. Michele had wanted her oldest child to take a break, maybe visit a chiropractor, but Landon had told her he would stop by his employer just to see if they needed any help.

What happened after that is a little unclear, according to Michele.

They know Landon was cleaning out a grain bin almost empty of corn. They know he got his legs stuck in a sweep auger, a piece of equipment at the bottom of a grain bin resembling a really long drill turned on its side that pushes grain through to a dispenser. And they know Landon must have spent hours inside that bin, bleeding to death, before he was found.

“He was ground up,” Michele said, crying. “I’m just saying it bluntly. This was a gear-driven auger which wrapped him right into it. How long our son sat there crying for help, for hours, we don’t know.”

Landon’s death is one of at least eight grain bin or grain silo-related fatalities in Minnesota since June. It’s an unusually high number in such a short period of time, and the recent spate of deaths is causing lawmakers to pay attention.

Lawmakers and state officials plan to tackle more farm safety measures during the Minnesota Legislature’s 2020 session, which starts in less than a month. Advocates such as Michele Gran say now is the time to put serious regulations in place to prevent more fatalities in the future.

“It’s unfair that my child had to suffer through that, that my family is suffering now because he’s gone,” she said.

It’s no secret farming is dangerous work. Farm workers are 800% more likely to die on the job than in other professions, according to the U.S. Bureau of Labor Statistics.

It's widely known going into a grain bin is dangerous. But some do anyway — to break up caked-on grain, or dislodge a potential plug in the storage system. Workers can easily fall through grain, getting engulfed by crops and dying due to asphyxiation, either from the grain itself or from toxic air pockets of carbon dioxide.

An annual report from Purdue University’s Agricultural Safety and Health Program shows 61 incidents that took place inside grain storage or transport facilities in the U.S. in 2018. Of those, 30 involved workers entrapped in grain, while 11 were equipment-related. The report shows 27 out of those 61 incidents were fatal, on par with the average yearly number of these kinds of deaths in the U.S.

There could be even more grain bin-related incidents but such accidents are difficult to track, as many occur on smaller farm operations that fall outside of OSHA jurisdiction.

“This is a priority issue for us to have hearings, to raise awareness,” Minnesota Agriculture Commissioner Thom Petersen said.

Local lawmakers Sens. Nick Frentz and Rich Draheim visited the Gran farm with Petersen in November once Michele publicly called for more farm safety mandates in Minnesota and across the nation.

Michele wants a variety of mandated measures, such as two people working on a grain bin at all times, cages on augers and mandatory safety harnesses, among other measures.

She’d like to see OSHA officials have more jurisdiction over farms with 10 or fewer workers, which are largely exempt from more stringent farm regulations based on the theory that those kinds of farms are family operations where farmers will take extra care. That extra jurisdiction would include investigating every accident and death that took place.

Petersen attributes the growing rate of accidents to the increasingly stressful industry pressures put on farmers over the past few years.

“I think more people are storing grain on farms, and I do think stress is playing a lot into the accidents that we’ve had,” he said.

Though she doesn’t think of herself as a public speaker, she believes Landon would want her to fight for more safety measures on the farm.

“I’m doing this so one day I get a phone call from another mom saying, ‘Thank you, my son’s life or my daughter’s life was saved because of you,’” she said.

And Michele doesn’t want another mother to be haunted by the same nightmares she has. Michele said she dreamed last week of Landon calling out for her help while he was trapped inside the grain bin.

Trey Mewes is a reporter for the Mankato, Minnesota, Free Press.